Scammed From the Beginning: Rejecting Expertise as an American Value

Guy Lancaster is author or editor of several books on racial violence, including the recently released American Atrocity: The Types of Violence in Lynching. 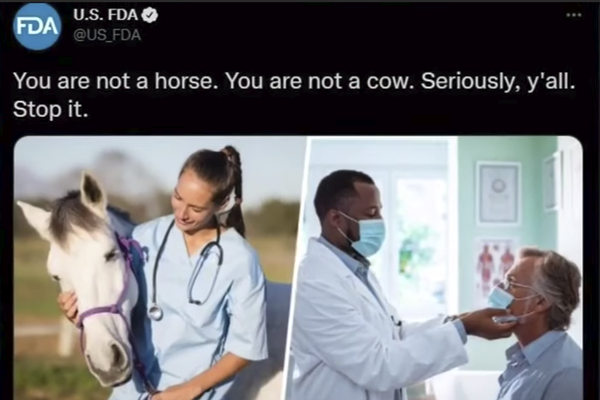 My home state of Arkansas has been the subject of many recent news reports due to a low incidence of vaccination against COVID-19 combined with a high incidence of the unvaccinated rushing to feed stores to purchase cattle deworming agents under the belief that these are more effective against a raging respiratory illness than any of that stuff being “pushed” by the “medical establishment.” Many commentators have linked this behavior to the prevalence of conspiracy theories on social media, while others center the increasing failure of average citizens to respect the knowledge and skills experts have accumulated through years of education and experience. The various books touted as providing some kind of means for understanding our present moment fall into these frameworks, from Nancy L. Rosenbaum and Russell Muirhead’s A Lot of People Are Saying: The New Conspiracism and the Assault on Democracy (2019) to Tom Nichols’s The Death of Expertise: The Campaign against Established Knowledge and Why It Matters (2018). However, I would argue that the best text for making sense of why people across the country are rushing to eat horse paste during a pandemic was published more than thirty years ago—Nathan O. Hatch’s 1989 The Democratization of American Christianity.

By tracking the evolution of five difference religious movements in the early American republic (the Christian movement, Methodists, Baptists, Black churches, and Mormons), Hatch demonstrates how the revolutionary fervor for all things democratic pervaded the spiritual and cultural realms as much as it did the political, resulting in the conscience becoming individualized and all traditionally earned authority being held suspect. “Above all, the Revolution dramatically expanded the circle of people who considered themselves capable of thinking for themselves about issues of freedom, equality, sovereignty, and representation. Respect for authority, tradition, station, and education eroded,” Hatch writes. “It was not merely the winning of battles and the writing of constitutions that excited apocalyptic visions in the minds of ordinary people but the realization that the very structures of society were undergoing a democratic winnowing.”

These popular religious movements “denied the age-old distinction that set the clergy apart as a separate order of men, and they refused to defer to learned theologians and traditional orthodoxies.” In addition, they also empowered “ordinary people by taking their deepest spiritual impulses at face value rather than subjecting them to the scrutiny of orthodox doctrine and the frowns of respectable clergymen.” One early Baptist leader, John Leland, emphasized the right of any layman to read and interpret the Bible for himself, writing, “Did many of the rulers believe in Christ when he was upon earth? Were not the learned clergy (the scribes) his most inveterate enemies?” Some backwoods religious dissenters went even further and emphasized their own illiteracy as making them purer vessels for the Almighty, unable to be corrupted by traditional, elite education.

The craving for democratic equality went beyond the statehouse and beyond the church and infused all spheres of life. In his work, Hatch draws occasional attention to folk like Samuel Thompson, an “uneducated practitioner of natural remedies who learned his botanic medicine in rural New Hampshire at the close of the eighteenth century.” In his autobiographical narrative, Thompson argued that Americans “should in medicine, as in religion and politics, act for themselves.” He and his adherents published an array of pamphlets and journals that “made their case by weaving together powerful democratic themes.” As Hatch summarizes, the cornerstone of their teachings was this: “In the end, each person had the potential to become his or her own physician.” No wonder, then, that such medical practices became adopted by these increasingly democratic religious movements. And medicine was not the only profession increasingly undergoing a “democratic winnowing,” for everywhere, common people were determined to throw off the shackles of traditional expertise often associated with the old order as it pertained to law, economics, and more.

According to legend, as British troops surrendered to General George Washington at the end of the Siege of Yorktown, their band showed a remarkable sense of the historical import of the moment by playing a little tune called, “The World Turned Upside Down.” Most historians hold this tale to be apocryphal, but there is some irony in the legend, for the ballad was first published in the 1640s as a protest against Parliament’s prohibitions of the celebrations of Christmas. In England, the common people defied the elite Parliamentary infringement upon their “lowly” traditions, singing:

Listen to me and you shall hear, news hath not been this thousand year:
Since Herod, Caesar, and many more, you never heard the like before.
Holy-dayes are despis’d, new fashions are devis’d.
Old Christmas is kickt out of Town.
Yet let’s be content, and the times lament, you see the world turn’d upside down.

Yet in America, those “new fashions,” associated with Herod and Caesar in this ballad, flew under the banner of Christ. But not only was Christmas “kickt out of Town” in America—so, too, was that more recent tradition of inquiry dubbed the Enlightenment. When I was in grade school, we were taught to regard the American Revolution as the apogee of Enlightenment thinking, the incarnation of those lofty ideas of liberty exposited by the likes of John Locke and Jean-Jacques Rousseau. And certainly, those who formulated the Declaration of Independence and the American Constitution drew from their works. However, the main thrust of American culture ran in the opposite direction.

“This vast transformation, this shift away from the Enlightenment and classical republicanism toward vulgar democracy and materialistic individualism in a matter of decades, was the real American revolution,” writes Hatch. Some writers may lament the so-called “death of expertise,” but we have to ask: when was it ever truly embraced here in the United States? Those empty shelves of cattle dewormer at the local feed store are as much a legacy of the American Revolution as the laws that govern this country. The motivation to self-medicate with horse paste is driven not by some kind of new, mad, conspiratorial thinking but, instead, by a fervent, foundational belief that “all men are created equal.”