Colin Jones is Professor of History at Queen Mary University of London and a Fellow of the British Academy and Past President of the Royal Historical Society. He is the author of the forthcoming The Fall of Robespierre: 24 Hours in Revolutionary Paris (Oxford University Press, October, 2021). 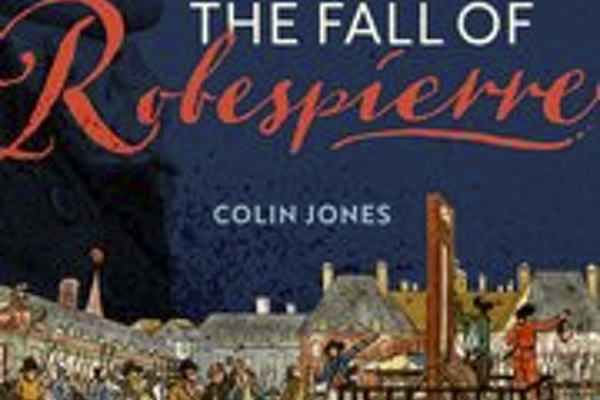 Donald Trump notoriously envied and strove to emulate the French celebration of the country’s national day, July 14, whose customary highlight is a huge military parade along the Champs-Elysées.  Commemorating the day in 1789 when Parisians stormed the Bastille prison, it has become a symbol of resistance to despotic power.  As those celebrations suggest, the French, perhaps more than other nations, do have a thing about historic days and this impacts the way the story of the national past is told.

The history of the French Revolution can, in particular, often boil down to a matter of days of action (or journées) starting on 14 July 1789 and ending with the coup d’état of 9 November 1799 (18 Brumaire, Year VIII in the short-lived Revolutionary Calendar), a day which saw Napoleon Bonaparte seize power and take France off on quite different journey. In between, historians invariably structure their narratives of this decade around the overthrow of Louis XVI’s monarchy on 10 August 1792 and the events of 27 July 1794 (9 Thermidor, Year II). The latter is usually seen as the end of the period of the Terror when the enemies of Maximilien Robespierre in the National Assembly forcibly removed him from power. After being sentenced by the Revolutionary Tribunal, he would be guillotined the next day.  As a member of the Committee of Public Safety, Robespierre had, it is said, presided over the period of Terror since 1792, drawing on the active support of the Parisian people, the so-called sans-culottes. 9 Thermidor was a turning point because Robespierre’s fall inaugurated the end of the Terror and the defeat of Parisians who had supported him.

But, is it possible that 9 Thermidor, while indeed a pivotal and historic day in French history, is so regarded for the wrong reasons? In my new book, The Fall of Robespierre: 24 Hours in Revolutionary Paris, I base my conclusions on a kind of micro-history of the day and suggest that this is, indeed, the case.  How do I come to this conclusion?  It is down to the vast amount of surviving testimony from individuals at every level of Parisian life, which allows us to get deep into the motivations of those caught up in events on the day. Staying ‘up close’ to the actions and the actors tells a quite different story.

First, the main politicians who plotted against Robespierre were not at all aiming to end terror. While they certainly thought that removing Robespierre would prevent him taking government in a direction that would threaten their own necks, most of the ringleaders supported policies of Terror and indeed continued it after 9 Thermidor. The ending of those policies came later and gradually in late 1794 and early 1795.

Second, Robespierre’s fall was achieved not simply by a parliamentary coup but by the mass action of Parisians. Robespierre’s political opponents had him and his closest allies arrested within the assembly, but thought the job done and dusted when they broke up for a late lunch. What happened next was completely off the script: Robespierre was turned away from the prison to which he had been consigned, and by early evening was on the run within the city. Moreover, the city government, the Commune, came out in his support and sought to mobilize a huge army of Parisians at the city hall (the Hôtel de Ville) in the east of Paris to sweep Robespierre to power at the expense of his enemies.

Historians have noted how impressive the Commune’s forces were and how serious a threat they posed. But they seem not to have really noticed how many of those mobilized by the Commune – added to many who joined the action later that evening – emphatically turned their backs on the Robespierre cause. By midnight it was clear that huge Parisian crowds were marching against the Commune under the orders of the national assembly which had chosen one of their own, deputy Paul Barras, as leader of the city’s armed forces. Barras toured the city on horseback ensuring the loyalty of Parisians.  A couple of hours later Robespierre was captured – possibly after trying to kill himself. He and his allies in the Commune went to the guillotine the next day.

The Fall of Robespierre thus shows that the Parisians supposedly in thrall to Robespierre proved in fact to be his nemesis. And in the vanguard of popular support were many of the most ideologically committed sans-culottes.

Three further factors contributed to the pivotal nature of the day. First, this was a popular victory and in a way an endorsement for representative democracy that makes it the polar opposite of something like the January 6 2021 attack on the U.S. Capitol in Washington DC. 9 Thermidor involved Parisians, faced with a choice between two sides, voting with their feet for the national assembly – elected in 1792 by universal male suffrage (a first in world history) – over a radical leader with celebrity status within the city. Second, sadly, although this was not at all the defeat for popular forces that is often represented, this really was their last hurrah. Despite the actions of Parisians in pulling the national assembly’s chestnuts out of the fire on 9 Thermidor, the assembly soon took a turn to the right and sought to demobilize Parisian popular support, ending up with policies of outright repression on left-wing policies. Thirdly, the day was partly won by the assembly’s choice of a military leader to crush Robespierre and the Commune. Ironically, Barras’s actions that night, as he mobilized armed forces in the name of the legislature, prefigured the actions of another figure who would conjoin the functions of the executive and the legislature – and indeed would end the Revolution: Napoleon Bonaparte. On 9 Thermidor, therefore, we have a trial run for the kind of man of action on horseback who has since become commonplace in modern global political culture, using personal charisma and naked power to override liberal democracy.  This is what makes 9 Thermidor a pivotal day, and not just for the French.