American Conference for Irish Studies Connects the Past, Future of Irish-American Relations

Journalist Mark Holan writes about Irish history and contemporary issues at markholan.org. He is a member of ACIS and presented at the conference. 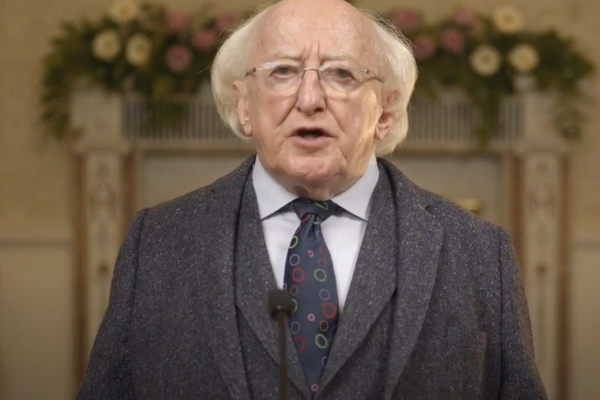 U.S. and Irish leaders have suggested the historic bonds between the two countries must evolve to meet modern challenges. This includes Ireland’s role in post-Brexit relations with the European Union, U.S. support for maintaining peace in Northern Ireland, and other robust alliances to protect democracy against rising tides of illiberalism and authoritarianism.

In addition to their usual studies of history and literature, Mulhall suggested scholars explore how globalism has shaped modern Ireland since the start of the 21st century. Of particular interest, he said, is how the country--so far--has managed to resist anti-immigrant populism and other right-wing ideology that has taken root elsewhere.

“The challenges stem from societal changes, especially in Ireland,” Mulhall said. Not only must Ireland explain how it has changed, especially from the outdated and cliched archetypes, he said, but also expand its outreach to new generations of the more than 33 million Americans who claim Irish ancestry. This includes those who are Black, Hispanic, or LGBTI.

From either side of the Atlantic, Mulhall said, “it is unreasonable for us to expect a monolithic outlook.”

Ireland plans to open its eighth consulate office next year in Miami, a more extensive U.S. presence than many larger nations. Ireland is now the ninth largest source of foreign direct investment in the U.S., with Irish firms employing over 110,00 American workers. More than 750 U.S. multinationals have made Ireland their base for European operations.

“In the wake of Brexit, the relationship grows in importance to the U.S.,” said Boyle, who has represented a Philadelphia district since 2015. “Ireland is the only English-speaking country around the E.U. table.”

Boyle joined the 2019 congressional delegation led by the U.S. House Speaker Nancy Pelosi (D-Calif.) to the Republic of Ireland, part of the E.U., and Northern Ireland, which remains tied to Britain. In his ACIS remarks, Boyle reiterated that U.S. President Joe Biden and members of Congress from both parties will not accept a “hard border” on the island of Ireland, especially if it threatens peace in the north.

More importantly, he warned of the danger of allowing segments of any population to slip into economic isolation and social resentment, which can “manifest in unhealthy ways.” He suggested this has happened more in America than in Ireland.

“Ireland most shares American values,” Boyle said. “With the world in a democracy recession, we need Ireland to speak up for these values.”

Higgins praised Biden’s inaugural speech “offer of a moral reawakening on our global responsibilities, including how we respond to COVID-19 and climate change, global conflicts gone on too long.”

Returning to the traditional academic ground of ACIS, Higgins said American scholarship of Irish history, especially the late 19th and early 20th century, is “a debt never to be forgotten.”

ACIS was founded in 1960 and has about 800 members in the U.S., Ireland, Canada, and other countries. More than three dozen U.S. colleges and universities offer Irish studies programs, and about 12,000 American students visit Ireland annually under non-pandemic conditions.