For Israel and the Palestinians, Reconciliation Must Precede a Peace Process 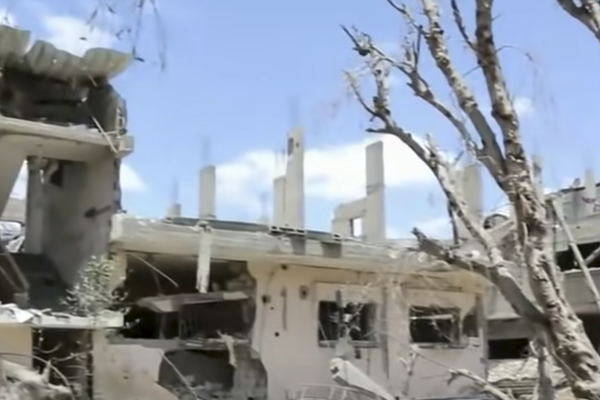 Since a ceasefire between Israel and the Palestinians has been agreed upon, there are those who advocate that peace negotiations between the two sides should commence immediately to prevent future conflagration and bring an end to the destructive seven-decades-old conflict. I could not disagree more. Whereas a peace agreement based on a two-state solution must eventually be the outcome, no agreement can be reached unless it is preceded by a process of reconciliation for a period of at least five years to mitigate the ingrained hatred and distrust between them. Such a process would consist of multiple measures that run simultaneously on government-to- government and people-to-people levels, which can accelerate and enhance the implementation of the reconciliation process.

There are several preconditions upon which Israel must agree to allow reconciliation to advance unimpeded. This includes: no further annexation of a single inch of Palestinian territory, no expanding settlements beyond their established parameters, and maintaining the current status quo of Jerusalem.

Halting the mutually acrimonious public narrative: Israeli and Palestinian leaders must stop their acrimonious public narratives against each other. Indeed, rather than preparing the public for the inevitability of peace and engaging in constructive public dialogue, they have been poisoning the political atmosphere and setting one side against the other, creating the perception that peace is an illusion and that the differences between them are simply irreconcilable.

Taking no provocative action: The Palestinians should not turn to the International Criminal Court (ICC) to charge Israel with crimes against humanity, and must prevent any terrorist attack against Israeli targets. Israel on the other hand must not unduly restrict the movement of Palestinians, and must stop the practice of night raids and end the demolition and/or eviction of Palestinians from their residences anywhere, and especially in East Jerusalem.

Maintaining security cooperation: Israel and the Palestinians should not only continue to collaborate on all security matters but further augment future cooperation. Alleviating concerns over security will have both psychological and practical implications, especially as both sides move toward substantive peace talks.

People-to-people measures on the ground

As the above measures are taken, people-to-people interaction becomes a natural process conducted in a constantly improving atmosphere. The following measures are being pursued today on a small scale and should be greatly expanded.

i) Mutual visitation: Israel and the Palestinian Authority must agree to allow mutual visitation. It is hard to exaggerate the value of such visits when ordinary Israelis and Palestinians meet in their respective places of residence to share experiences and understand each other’s grievances and concerns, and often discover that their shared interests and aspirations are far greater than their differences.

ii) Women activism: Activism by Israeli and Palestinian women can be a very important part of the reconciliation process. Israeli and Palestinian women should use their formidable power to demand that their respective leaders end the conflict. The role of women in ending the conflict in Northern Ireland offers a vivid picture of how women can impact the course of events.

iii) Joint sporting events: Sports are an incredibly useful tool in building camaraderie and friendship between the two sides, whether competing against each other or as part of a joint team. Football, basketball, and other sports teams can meet alternately in Israel and Palestine to train and compete, and together they can cheer the generous spirit of the game where the victory is the game itself, not the final score.

iv) Student interaction: Palestinian and Israeli students should connect with one another and talk about their aspirations and hopes for the future. Israeli and Palestinian youth should be taught that they are destined to peacefully coexist and be encouraged to use social media to communicate with each other, as the future rests in their hands.

v) Art exhibitions: There are scores of Israeli and Palestinian artists who have never met or delved into each other’s feelings and mindset to see how their works reflect their lives. Joint exhibitions should take place both in Israel and Palestine. These cultural exchanges can expand to include music festivals, theater performances, and other forms of art.

vi) Public discourse: Universities, think tanks, and other learning institutions should organize roundtable discussions on the inevitability of coexistence and how both sides can remove the barriers to make it not only inevitable but desirable. Such small enclaves can be disseminated online to millions of people, including Israelis and Palestinians, instantly.

vii) Forums to discuss conflicting issues: Joint forums should be established, consisting of qualified Israelis and Palestinians with varied academic and personal experiences who enjoy respect in their field, are independent thinkers, hold no formal position in their respective governments, and have thorough knowledge of the conflicting issues.

viii) The role of the media: Instead of focusing almost solely on violence and acrimonious charges and counter-charges which make headlines, Israeli and Palestinian media should also be encouraged to report on positive developments between the two sides to inform the people that the bilateral relations are not all discouraging. In addition, journalist exchange programs will bring reporters to the field on the other side, where they can see and report on the reality free of political propaganda and bias.

The conflagration between Israel and Hamas, which has caused massive destruction and terrible loss of life, especially among the Palestinians, should remind everyone that this round of hostilities, like all previous ones, will not be the last. Both sides must come to their senses and realize that they must find a way to coexist peacefully, because the alternative is more wars and bloodshed. To achieve a lasting agreement will be impossible given the current hostile atmosphere, which is laden with profound hatred and mistrust. A process of reconciliation first becomes central to achieving an enduring peace.

The US with the strong backing of the EU and the Arab states must use their leverage to pressure both sides to fully adhere to such a process and demonstrate that they are keen on seeking peace or face serious consequences. Otherwise, any new peace talks will be nothing but an exercise in futility.