Ron Schatz is a professor of history at Wesleyan University and author of The Labor Board Crew: Remaking Worker-Employer Relations from Pearl Harbor to the Reagan Era. (2021) 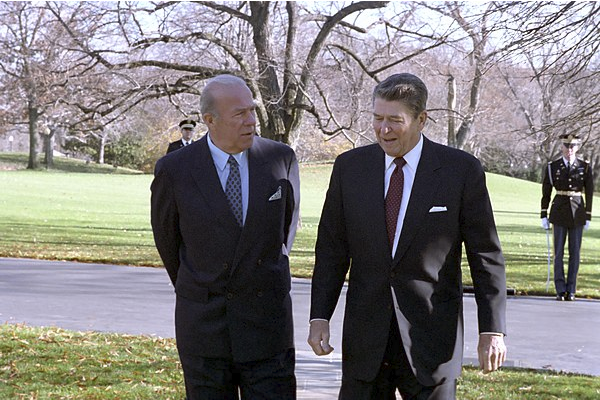 The major media and national leaders are full of acclaim for Secretary of State George Shultz, who died on Saturday, February 6th, at the age of 100. They note that he was one of the only two Americans to ever serve in four presidential cabinet posts.  They speak about him as a “pillar of integrity,” “a titan of American academy, business, and diplomacy,” and “perhaps the 20th century’s most consequential secretary of state.”

None of this praise explains why he was more successful in diplomacy and domestic affairs than his predecessors. To answer that, we have to look back to his family background, his experience with unions and management before he entered government, and his Progressive heritage—not in the contemporary, left-wing use of that term, but to the early 20th century movement to promote peace between social classes and among nations.

George Shultz’s maternal grandparents were Presbyterian missionaries who crossed the country to build a church for the Shoshone Indians in eastern Idaho. They perished soon afterward, leaving behind their four-year-old daughter Margaret, who was raised by her aunt and her uncle, George Pratt, an Episcopalian minister for whom Secretary Shultz was named. His father, Birl Shultz, was a Quaker who grew up on a farm in Indiana. A talented athlete, Birl Shultz won a scholarship to DePauw College, where he played varsity football and earned a degree in history. He went on to Columbia University, where he studied with the great Progressive historian Charles Beard and wrote his doctoral thesis on Progressive reform initiatives in New York State. Afterwards he founded the New York Stock Exchange Institute, which taught portfolio management.

The young George Shultz thus inherited missionary zeal, a Progressive mindset, dedication to research, interest in market expertise, and a passion for football—values that resonated throughout his life.

At Princeton University, George Shultz majored in economics and also in public affairs, which he thought of “as the real side of economic life.” He wrote his senior thesis on the Tennessee Valley Authority’s impact on farmers. To prepare, he boarded with a farm family in North Carolina. The family was initially slow to answer his questions, but when they asked for help with government forms, Shultz discovered that the farmers were giving bogus figures to the TVA in order to receive more fertilizer. The future Great Powers negotiator concluded then that “if you are going to get people to talk candidly, they have to trust you, and trust takes time to develop.”

After serving in the U.S. Marines during World War II, Shultz was sent to the Boston Navy Yard where he took courses in economics at MIT. This proved to be a pivotal experience. The mid-1940s were an era of massive strikes and MIT had started an Industrial Relations program to train students how to overcome conflicts among workers, unions, and management. The faculty were economists who had served on the Regional War Labor Boards—tripartite committees of union representatives, business managers, and economists and lawyers who fostered compromises to prevent strikes and control inflation.

Shultz devoted the next twenty years to mediating, arbitrating, and researching conflicts in industry. The key to industrial peace, he maintained, was full acceptance of a union by the management; strong, reliable union leaders who believed in private ownership; mutual confidence between the parties; and avoidance of legalistic ploys.

He drew on his experience in industrial relations when he became Secretary of Labor in the Nixon administration. As chair of the Cabinet Committee on Education, he was charged with promoting desegregation in public schools in Alabama, Arkansas, Georgia, Louisiana, Mississippi, South Carolina and North Carolina in 1970. Many Midwestern corporations were moving operations and factories to the Deep South, but public education in that region was poor, discouraging managers with children from relocating. The 1954 Brown v. Board of Education ruling outlawed racial segregation, but none of the administrations before Nixon’s had tried to implement the edict.

Shultz’s committee established biracial State Advisory Committees in each of the seven states, beginning with Mississippi. Shultz and his staff handpicked the potential advisory committee members, among them Dr. Gilbert Mason, chair of the NAACP in Biloxi, great-grandson of a slave and a close friend of the late Medgar Evers; and Warren Hood, the president of the Mississippi Manufacturers Association.

Cabinet members visited Mason and Hood in Mississippi and then invited the State Advisory Committee to the White House. The discussion was polite, but the participants were deeply divided. Shultz let them talk for a while and then, as prearranged, Attorney General John Mitchell walked in. Mitchell had a reputation both for being tough and for sympathy with Southern whites. Shultz asked him what he would do about desegregation. “I am the attorney general and I will enforce the law,” Mitchell replied. Shultz spoke next, emphasizing to the visitors that desegregation was going to happen in their schools, whether they liked it or not. The question was whether it would be implemented peacefully or by force. If the segregationists fought, the NAACP would call for boycotts, and northern investment would slow. The Mississippians got the point that they had a stake in peaceful desegregation.

Secretary Shultz repeated this process through the other six states. All of these states desegregated in September 1970. The process was imperfect, but protests and violence were minimal compared to the past. And within a decade the public schools in the former Confederate states were more integrated racially than were their counterparts in the North.

Secretary Shultz was equally successful in leading the negotiations with the Soviet Union to end the Cold War. Shultz drew on his years of experience at negotiating tables in industry to move President Reagan away from Defense Secretary Weinberger, C.I.A. Director Casey, and the other members of the National Security Council determined to make no concessions to the Soviet government or sign new treaties. He persuaded Secretary-General Gorbachev and Foreign Minister Shevardnadze that Reagan was a fair-minded man, despite his reputation in the Kremlin as a warmonger, and that concessions to the United States were in their best interests. He took over at summit meetings with Gorbachev and Shevardnadze when issues became complex. He directed the U.S. arms-control negotiators in Geneva. And he travelled to Moscow every eight weeks in 1987 for unpublicized meetings with Gorbachev and Shevardnadze in which he persuaded the secretary-general to drop his insistence that the U.S. confine Strategic Defense Initiative tests to laboratories.

Shultz remained active in public affairs to the very end of his life. A steadfast Republican committed to union-management cooperation, peace through treaties, competitive capitalism, and empowerment of African-Americans, George Shultz was the last old-fashioned Progressive.