The "War on Cancer" at 50: The Most Fruitful Failure in Human History

Judith L. Pearson is the author of From Shadows to Life: A Biography of the Cancer Survivorship Movement (Lincoln Square Books, March 2021). 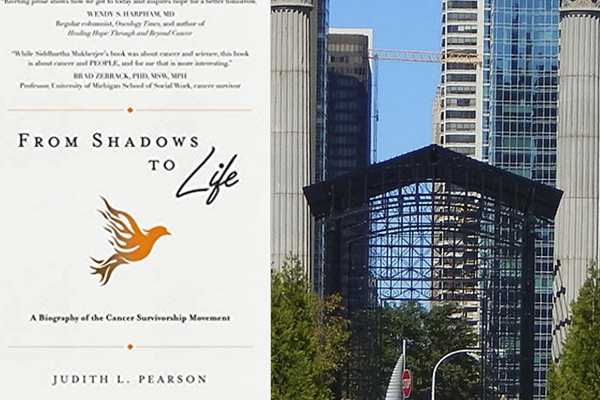 It is America’s longest war, with casualties 100 times greater than all of the nation’s armed combat combined. This year is the war’s 50th anniversary. This deadly conflict is known as the war on cancer, declared by a beleaguered President Richard Nixon on December 23, 1971. Signing his National Cancer Act, Nixon promised an unprecedented $1.6 billion over three years for cancer research. He also promised a cure by the nation’s 1976 bicentennial.

The declaration was a win-win for cancer patients and the president alike. In that era, half of all Americans diagnosed with cancer would die from it. Those who survived were shunned, faced employment discrimination, and lived as social pariahs with the contagion rumor still swirling. A cure would change all that. For Nixon, taking on cancer with such bravado could (and did) return him to the White House for a second term. It was a fight behind which everyone – Republicans and Democrats – could rally.

When the bicentennial celebration arrived, however, Nixon had resigned, and cancer was still killing. The news outlets proclaimed the war a failure, having expected by this time a single pill to exterminate the disease in much the same manner as had happened with polio two decades earlier. Sometimes, however, in order to see progress, we have to turn around to remember where we started. In the five years since the research boost, significant strides had been made in chemotherapy. Childhood leukemia and Hodgkin’s Disease (now called Hodgkin Lymphoma) were beneficiaries, soon to be moved to the winnable column.

By the tenth anniversary in 1981, there was still no cure. Worse still, breast cancer diagnoses had risen. More careful inspection showed that the increase was a result of two high profile patients. When both First Lady Betty Ford and Second Lady Happy Rockefeller announced their diagnoses and successful treatments, American women became more vigilant about their own breasts. Earlier diagnoses equal better outcomes, and the culture of cancer started to change. The word could be said aloud and discussions of the war made discussions of the disease easier.

Fast forward to the days following the September 11, 2001, attacks. The cancer headlines were equally terrifying: “12 Million Deaths and Victory Nowhere in Sight.” Yet, strides continued to be made. Newly developed targeted therapies were allowing doctors to blast cancer cells with less damage to unaffected cells and organs. Concurrently, Americans were bombarded with information about cancer prevention and early detection. Using sunscreen, smoking cessation, exercise, and better eating, combined with mammography, Pap smears, and other diagnostics, were saving lives. Scientists also realized that rather than the previously thought single, monolithic disease, cancer was actually hundreds of diseases each with its own brand of virulence.

In December of 2011, more dire statistics came forth. In the 40 years since the war on cancer had been declared, 22 million Americans died of the disease. However, the previous decade saw advances never dreamed of in Nixon’s time. The Human Genome was completely mapped, which in turn launched the Cancer Genome Atlas. Its goal was to delineate the genetic makeup for various types of cancer, thereby guiding treatment and improving outcomes. Researchers had also come to understand the immune system and succeeded in gaining FDA approval for immunotherapy, a clever treatment that ignites a patient’s immune system to attack the cancer cells.

Interspersed in all of this was other far-reaching bounty. BRCA and other genetic, cancer-causing mutations were discovered. Research and clinical trial protocols, first discovered in cancer research, were applied to other needs, including AIDS and the recent COVID-19 vaccine production. Cancer drugs produced for one aspect of the disease were found to also be useful with other types. And the cancer survivorship movement was born, which would ultimately eradicate discrimination and address the physical, financial and psychosocial fallout of the disease.

We are now at the threshold of another anniversary. President Nixon hoped his National Cancer Act was “the most significant action of this administration.” Fifty years later, it could easily be seen as having failed. Cancer is not cured, there is no single, magic bullet. But science doesn’t always work as we expect. American writer and biochemistry professor Issac Asimov observed: “The most exciting phrase to hear in science, the one that heralds new discoveries, is not ‘Eureka!’ but ‘That’s funny . . . ’”

If a failure, the war on cancer has actually been the most magnificently fruitful failure in history. The cascade of small steps Nixon’s declaration launched has paved the way for research that has saved millions of lives. And that is more significant than the president could ever have imagined.