You Call This a Peaceful Transfer of Power?

Philip Gerard is the author of Cape Fear Rising, a novel dramatizing the White Supremacy Coup of 1898. He is at work on Toward a More Perfect Union: Why American Lost the Civil War and How To Win It Now. 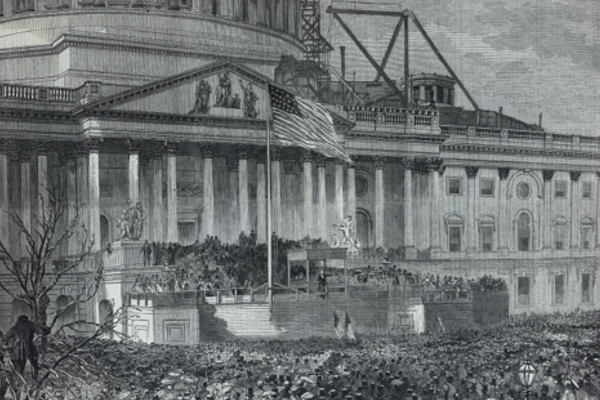 A contentious presidential campaign is waged by one side with propaganda and heavily armed goon squads that assault statehouses and the other candidate’s campaign, suffering almost no consequences. The strongman candidate in power attempts to subvert the fairly verified election results by cajoling and threatening local elections officials and then his own vice president—to no avail.

In a last ditch effort to hold onto power, he incites a mob to storm the nation’s Capitol and stop the certification of the vote. They do as he commands, breaking down doors, overwhelming the thin line of guards, beating a policeman to death and ransacking offices, searching out legislators to punish. Senators and Representatives escape with their lives—barely.

The insurgents walk out grinning for their own cameras, bragging about their coup: this is the first time the Capitol has been assaulted since the War of 1812.

The strongman’s party does not recognize the legitimacy of the election, continues even after the deadly attack to try to subvert the results, and later a majority of senators of his party vote overwhelmingly that he is beyond impeachment—and thus, beyond the law.

Just two weeks after the insurrection, the new president takes his oath of office— while the bridges leading out of the city are closed, the railroad has halted southbound trains, streets are closed off, government buildings are barricaded, and civilians have been urged to stay off the streets of their own capital city.

Abraham Lincoln addressed a nation on the brink of war on March 4, 1861, virtually unguarded amid a throng of anxious citizens. Even during the worst days of the Civil War, Lincoln again stood on the steps of the Capitol to deliver his beloved Second Inaugural Address—surrounded not by legions of soldiers, but by civilians, crowds of hopeful men and women shattered by war and praying for their tall, gaunt leader to succeed.

Now the new president delivers his speech of hope and unity surrounded by high metal fences and motor vehicle barricades, guarded by a phalanx of armed bodyguards and a cordon of 25,000 troops.

If we watched this scene play out in Argentina, Turkey, Ukraine, or Thailand, we would bemoan the failure of democracy, write about a fragile government battling rebel insurgents in its own capital, make dire predictions about how long such a government could stand.

Yet in this besieged time and place, the American press hails this as a “peaceful transfer of power.”