Alison M. Parker is the chair and the Richards Professor of American History at the University of Delaware. She is the author of Unceasing Militant: The Life of Mary Church Terrell. 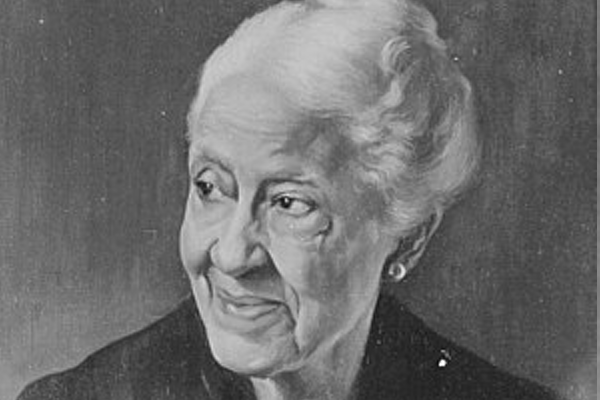 Today, Black women’s influence in political campaigns is visible and dramatic. In recent presidential and midterm elections, over 90% of Black women’s votes went to the Democratic candidates. Preliminary figures for the 2020 presidential election indicate that the Biden/Harris ticket received approximately 55% of women’s votes, but over 90% of Black women’s votes. Not only did Black women vote in 2020, they registered others, organized get-out-the-vote drives, and fought widespread and varied voter suppression measures. Despite the recent concerted efforts of white domestic terrorist insurrectionists, they have put Joe Biden and Kamala Harris in the White House.

The vote had different meanings for Black and white women after the Civil War. Black women joined white suffragists in demanding the vote for women, but white suffragists refused to recognize that racism and sexism were intimately tied together. For Black women, the vote was not only about an individualistic aspiration to be counted as a full citizen, but a means to achieving broader goals of racial justice and the advancement of their community. While Black women almost never opposed woman suffrage, many white women did; it was still a highly contested demand and Black women were at the forefront in their unwavering support of it.

Even without the right to vote, Black women engaged in political organizing and partisan debates. During Reconstruction, they were fully engaged in political discussions, speaking out at conventions and with men in their families. Congressional Republicans supported the 13th, 14th, and 15th Amendments to the Constitution, which ended slavery, recognized Black Americans as citizens, and Black men as voters. Thus, for a few generations, the great majority of African American men and women backed the Republican Party as more likely to aid and advance their communities, end voter suppression, and protect them from violence than the Democratic Party, which openly endorsed white supremacy.

After the end of Reconstruction in 1876 and with the spread of Jim Crow and white supremacy in the 1890s, white Republicans moved farther away from their commitments to Black men’s voting rights and civil rights. Black women pressed the Republican Party to stay true to its identity as the “Party of Lincoln.” Civil rights and suffrage activists like Mary Church Terrell implored the GOP to reverse the disfranchisement of Southern Black men. Securing their own right to vote was inseparable from their challenges to Black men’s disenfranchisement. Terrell called for Republican lawmakers to pass a women’s suffrage amendment, a federal anti-lynching law, and laws enforcing Black men’s voting rights.

Women first gained the right to vote in several states, including Illinois in 1913. Black women in Chicago organized to bring their civil rights agenda—and Black politicians—into the city council. Antilynching activist and Republican Ida B. Wells-Barnett formed the Alpha Suffrage Club, which rallied behind Oscar Stanton DePriest in the 1915 city council election. Black women voters gave DePriest a clear victory as the first Black alderman. By registering thousands of Black Chicagoans to vote and by casting their own votes, Black women had wielded political influence in local government.[i] Alderman DePriest, in the NAACP’s The Crisis, endorsed women’s voting rights: “the experience in Chicago has been that the women cast as intelligent a vote as the men….Personally, I am more than thankful for their work and as electors believe they have every necessary qualification that the men possess.”

Celebrating the 1920 ratification of the 19th Amendment, Black women then got back to work as partisans in electoral politics. As loyal Republicans they demanded paid campaign positions and decried the continued disenfranchisement of Southern Black men and women. The Republican National Committee (RNC) hired white and Black women in key organizing positions for the 1920 presidential election.

From RNC headquarters in New York City, Mary Church Terrell led the get-out-the-vote drive on the East Coast. Terrell traveled widely, speaking about the vote as Black women’s “weapon of defense.”[ii] Organizing northern Black women voters to elect politicians who supported anti-discrimination laws and a federal antilynching bill, she also alerted them to bills they should back or oppose via letter-writing, petition campaigns, and their votes. Similar to organizers today, Terrell stressed the importance of local elections and legislation at the local and state-levels, where racist politicians and policies might win if Black voters just paid attention to and participated in national elections.

To advance their long-delayed priority, a federal anti-lynching bill, Black women decided to organize separately from the RNC in 1924. The National League of Republican Colored Women only supported candidates who pledged to back the Dyer Anti-Lynching Bill. In spite of their partisan loyalties, however, Black Republican women were repeatedly betrayed by the Republican-dominated Senate’s failure to pass the bill.

By the Great Depression, Black women were ready to consider whether the Democratic Party might be able to transcend its self-identification as the party of white supremacy and segregation.

The Democratic candidate for president in 1932, Franklin Delano Roosevelt, did not get significant support from African American voters. During his first term, a Democratic majority in Congress passed New Deal programs that benefitted (however unevenly) most Americans in a time of great need. Black voters began to shift their votes to the Democratic Party. Mary McLeod Bethune, a former member of the National League of Republican Colored Women and a friend of Eleanor Roosevelt, for instance, switched to the Democratic Party. She became the highest-ranked Black woman in a government position when she was appointed to head the Division of Negro Affairs of the National Youth Administration.

For the first time, in the 1948 presidential election, a majority of Black voters registered as Democrats and voted for Harry Truman, who had stood against segregation in the military and backed a permanent Fair Employment Practices Commission. In that same election, white supremacists left the Democratic Party under the leadership of South Carolina Governor Strom Thurmond. Since then, the great majority of African Americans have been Democrats, fighting for the Black freedom struggle from inside the party and from without. Facing white vigilante violence on the ground, as well as a lack of political will from both political parties during the Civil Rights Movement, Black women activists, including Fannie Lou Hamer, pushed the Democratic Party for real legislative change. Congress finally passed the Civil Rights Act of 1964 and the Voting Rights Act of 1965. Black women and men throughout the South registered to vote, putting many Black politicians into office. But the Democratic Party has not been responsive to demands for real change and justice.

The Democratic Party should no longer take for granted the Black voters who secured them previous elections and, now, the 2020 presidential election. Black women like LaTosha Brown and Stacey Abrams have done the hard work of organizing key 2020 elections, including the one in Georgia that has given Kamala Harris, the first Black and Indian woman Vice President, the deciding vote in the Senate.

[i] Hendricks, “’Vote for the Advantage of Ourselves and Our Race,’” 184; and Wanda Hendricks, “Ida B. Wells-Barnett and the Alpha Suffrage Club of Chicago,” in One Woman, One Vote: Rediscovering the Woman Suffrage Movement, ed. Marjorie Spruill Wheeler (Troutdale, OR: New Sage Press, 1995), 272-274.