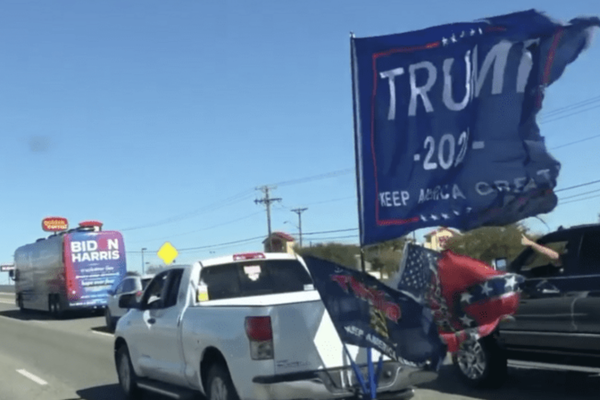 No matter who wins the election, Americans should not expect to see a heightened sense of national unity or higher levels of satisfaction with the political system in the months to come.  A preponderance of evidence suggests that today’s political and ideological divisions have been building for so long that no single candidate or policy agenda could possibly reverse them.  Congressional gridlock, eroding public trust, and partisan polarization are not media creations; they are observable and measurable realities.  Tackling these issues will be a long, arduous task—if it can be done at all.

Polling numbers point to a decades-long slide in trust of political institutions and a popular perception of dysfunction in Washington.  Only 20% of respondents now say that they trust the federal government to do what is right “just about always” or “most of the time,” down from a peak of 77% in the early 1960s and down from the 21st-century high of 54% in the weeks after 9/11.  Even during the anti-Washington zeitgeist of the Watergate era, 42% of Americans expressed high levels of confidence in Congress, but in 2020 only 13%

Americans are similarly skeptical of the Fourth Estate.  Only 18% report high levels of confidence in television news—about half of what that figure averaged in the 1990s—and only 24% trust newspapers to a high degree.  These numbers roughly parallel the public perception of media bias, a conversation that dates to at least the Nixon presidency.  Respondents to a 2019 Morning Consult poll overwhelmingly perceived a liberal bias in ten out of eleven major media outlets, and only about half of the respondents in a separate poll believed major media outlets to be credible.  The atomized media landscape of the 2000s may be more democratic, but it has also amplified partisan perspectives.  With fewer gatekeepers and less careful vetting, false stories travel faster than the real ones.

And although most voters prefer officials who are willing to compromise, partisan and ideological polarization have clearly worsened, even while the rates of division in other categories (gender, race, religion, education, age) have remained relatively low.  Pew’s long-term study of political values shows a dramatic rise in polarization from 1994 to 2017, including mounting disagreement on such issues as aid to the poor, the societal value of immigrants, and the effects of racial discrimination.  From 1994 to 2006, Democrats and Republicans had almost identical views on immigrants’ value to the nation, but by 2017 84% and 42% respectively responded positively.  In 1994, 64% of Republicans were more conservative than the median Democrat and 70% of Democrats were more liberal than the median Republican; in 2017, the figures were 95% and 97%, respectively.

As Alan Abramowitz, Jennifer McCoy, and the Pew Research Center have shown, party loyalties are now more likely to be informed by “negative partisanship”—that is, disliking the opposition party more than liking one’s own.  Whereas in 1960 only about 4.5% of party members said they would be displeased if their child married a member of the other party, by 2010 nearly half of Republicans and one-third of Democrats said so.  More recently, 71% of single Democrats reportedthat they would not even consider dating a Trump voter.

We also have fewer contested (or “battleground”) election districts today.  David Wasserman at the Cook Political Report has shown that counties where the presidential vote was decided by a single-digit margin dropped from 1,096 to 303 between 1992 and 2016.  In the same period, those living in “extreme landslide counties” (where the victor won by at least fifty percentage points) grew from 4% to 21%.

Selective migration—also known as political migration, or “geographic sorting”—may play a role in this trend.  Matt Motyl, Bill Bishop, and others have noted that a significant number of people are migrating away from “ideologically-misfitting communities” and toward “ideologically-fitting” ones, a development which not only exacerbates political imbalances, but also minimizes positive contact between people with different values.

Partisan gerrymandering also plays a role in some locales.  One look at some of the more notoriously drawn congressional districts, e.g., Maryland’s 3rd, Illinois’s 4th, and Texas’s 35th, suggests that both parties have used the post-census redistricting process to create more “safe districts” for themselves.  In last year’s Rucho decision, the Supreme Court ruled that the federal courts will not halt partisan gerrymandering, though racial/ethnic redistricting faces much tougher scrutiny.

Whatever the causes, candidates in these “safe districts” naturally veer further right or left to win their party’s nomination.  As Katherine M. Gehl and Michael E. Porter have argued, these same candidates are less likely to resolve major national issues because there are too many disincentives to forge bipartisan coalitions to fix them.

Congressional rules and norms have only exacerbated the gridlock.  As Molly E. Reynolds of the Brookings Institution notes of Senate filibusters, they were rare for most of the 20th century but have been used more in the last two decades than in the previous eighty years.  Opposition senators now routinely filibuster the majority’s agenda, which naturally spurs their opponents to circumvent Congress with executive orders and presidential memoranda.  None of this improves the public’s perception of the political system.

Since the courts, too, are clearly a flashpoint of polarization, it is worth noting that Supreme Court confirmations were not always so divisive.  The norm in the 20th century was a simple Senate voice vote or a roll call vote that overwhelmingly favored the nominee.  There were a few close votes in response to such controversial nominees as Clement Haynsworth (1969), Robert Bork (1987), and Clarence Thomas (1991), but these cases were rare.  The full Senate was even unanimous, or nearly so, in confirming justices Blackmun (1970), Stevens (1975), O’Connor (1981), Scalia (1986), Kennedy (1987), Souter (1990), Bader Ginsburg (1993), and Breyer (1994).  But as the two parties have drifted further apart and as Congress has proved unable to tackle some of the nation’s most profound problems, more Americans fear that partisan justices will “legislate from the bench.”

Voters may also feel further removed from politics because there is more money in the system and less transparency regarding its circulation.  After the Supreme Court struck down legal limits on political donations in its 2010 Citizens United decision, “SuperPACs” and “dark money” from hidden sources became more influential.  Big-money lobbying also continues apace, as does the “revolving door” process of corporations hiring erstwhile government officials for consulting and lobbying.  The individual voter is unlikely to feel very significant alongside these powerful donor entities.

Is there a path out of this predicament?  Older remedies like term limits, campaign finance reform, and challenges to gerrymandering may help a bit, but more recent innovations are more promising.  A few states have experimented with “top-two” primaries, in which the top two vote-getters advance to the general election regardless of their party.  “Ranked-choice” voting (RCV) offers an even more direct challenge to the single-winner plurality tradition.  Since the top vote-getters in an open, nonpartisan, RCV primary advance to the general election, candidates are incentivized to address problems in the public interest rather than just the party interest.

But such experiments will require wider public support, and these system-level remedies will not treat the long-term demographic, technological, and civil society changes that have done so much to drive us apart.  Only time will tell if Americans truly have the will and the ability to reverse the long-term trend of political and ideological division.