Joseph A.  Esposito, an historian, writer, and educator, served in three presidential administrations, most recently as a deputy undersecretary for international affairs at the U.S. Department of Education.  He is the author of Dinner in Camelot: The Night America’s Greatest Scientists, Scholars, and Writers Partied at the Kennedy White House. 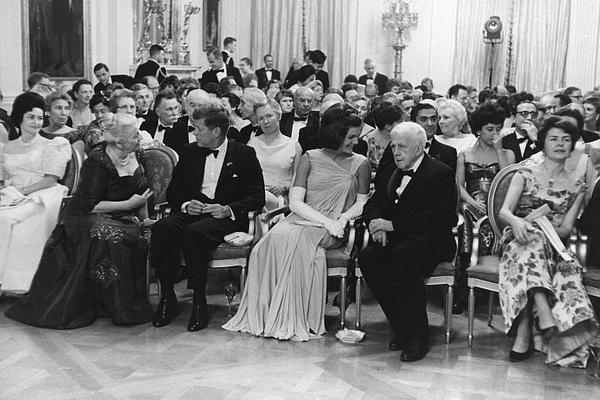 Congratulations on your successful campaign and your impending nomination.  The next few months, of course, will be arduous and you will confront endless personal attacks.  But the most difficult challenge will be planning on how to restore and revitalize a tragically hobbled nation.

The situation before this year began was already dire:  the growing racism and anger permeating the country; unprecedented cruelty against immigrants and those seeking a better life for themselves and their families; crushing economic and health inequities; a debased civil discourse; smashed foreign alliances; and an unprecedented assault on the rule of law.  Events of the past few weeks further exacerbated a grim situation.

We are confronted with the greatest single challenge since at least the Great Depression.  Hundreds and even thousands are dying each day of a disease which was unknown months ago.  The heartbreak for the dying and their bereaved families is palpable.  Added to this is an economy wracked by soaring unemployment and even a scarcity of goods.  And now a shocking police war against peaceful protest is accompanied by violent acts by emboldened racist extremists.

A great leader demonstrates empathy and provides inspiration.  That will be needed as we grapple with the ongoing pandemic and, hopefully, a post-coronavirus world.  Few current political figures have shown as much decency as you, and your ability to relate to everyday Americans will be valuable as you and we move forward.

This health crisis has revealed the devastating result of a continued denigration of competence, expertise, and public service.  There is a vacuum of trained, experienced people to lead the executive branch, from the White House through the departments and agencies.

I spent several years researching one dinner, the unique event that President and Mrs. Kennedy held to honor forty-nine Nobel Prize winners at the White House in 1962.  Joining them at the dinner were even more great American scientists, writers, and scholars. This unique gathering celebrated the apogee of American accomplishment, and it came at a time of crisis, the height of the Cold War.

Those present that night had made enormous contributions to the United States and the world across the spectrum of human endeavor:  medicine, chemistry, physics, literature, and peace.  They selflessly developed medicines and technologies which literally transformed our society.  Some differed with the president, even stridently so.  Several of these distinguished leaders were immigrants fleeing tyranny in their native countries.

President Kennedy understood the importance of symbolism and the value of highlighting the achievements of these individuals.  In his remarks that night he underscored how they would prove to be an inspiration to young people throughout the hemisphere who would someday take their place at the forefront of knowledge and discovery.

We need to return to that spirit, and I hope that you will not only bring the greatest minds back into the government—especially those imbued with integrity—but also make scientists and thinkers welcome once again at the White House.

One other thought involving an earlier president who came to the office during a national crisis.  I also have been studying Franklin Roosevelt’s somewhat obscure speech at tiny Oglethorpe University six weeks before he was nominated for the first time in 1932.  FDR called for an expansion of the national government to meet the emergency; for a planned, national approach to move forward; and, most especially, to undertake “bold, persistent experimentation.”

He also said that day, “It is common sense to take a method and try it: If it fails, admit it frankly and try another.  But above all, try something.”  That speech set the strategy for the New Deal and for Roosevelt’s program for the 1930s.

If you take office in January 2021 you will be facing unprecedented difficulties and headwinds. But I hope that you will follow President Kennedy’s example and honor and encourage experience in searching for a renewed common effort to rebuild the country.  I also hope that you will emulate FDR’s simple yet profound example to be nimble, aggressive, and pragmatic.

This is all is a tall task, but you can be the right person at a hinge point of history.  One final request, and more critical in recent days than ever before: “Bring us together.”