A New History of American Liberalism

Dr. Bruce W. Dearstyne is a historian in Albany, New York. His most recent book is The Spirit of New York: Defining Events in the Empire State's History, published by SUNY Press. 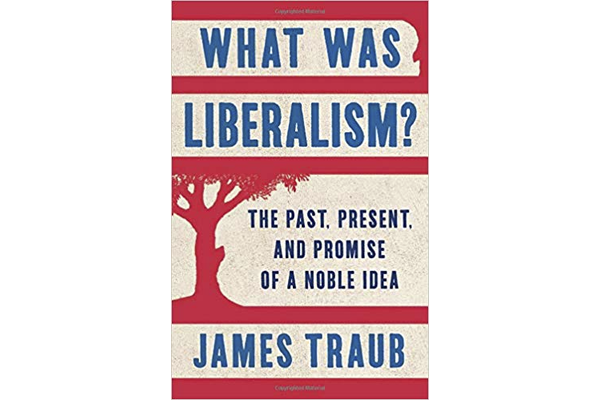 Historians interested in the history of political philosophies would do well to read James Traub's new book What Was Liberalism? The Past, Present, and Promise of a Noble Idea.  Traub's ambitious book documents that liberalism has evolved over time. For John Stuart Mill and Thomas Jefferson, it was mostly a check on government's power and preservation of individuals' liberty. For Theodore Roosevelt and Franklin Roosevelt, liberalism meant using government's power to regulate business and promote social welfare. Recently it has been  more about government policies for equality and inclusion.

But Traub frets that liberalism has foundered. People's faith in government has eroded. Working and middle class people have become disenchanted. Traub recounts that George Wallace, running for president in 1964, rebuked what he called liberal elites. "They have looked down their noses at the average man in the street too long," Wallace cried. That alienation grew and culminated in Donald Trump's 2016 campaign. Trump, as president, keeps hammering at liberal values. In addition, in Traub's view, Trump poses a threat to political civility, free speech, and the rule of law.

Traub's book begins with a chapter on "Why Liberalism Matters."  He concludes it with a chapter on "A Liberal Nationalism" that laments liberalism's eclipse but looks for signs of its potential resurgence. He finds faint hope in liberalism's history of adaptation and resurgence. Liberals need to identify with opportunity, national confidence, inclusion, civility. They need to be seen as champions of "the public good."

In  the book's last sentence, he says "Liberalism will renew itself only if enough people believe that its principles are worth fighting for."

James Traub's sense of concern contrasts sharply with the buoyancy, optimism, self- confidence and determination that helped make liberalism a success in the past.

In his odyssey through liberalism's history, Traub brings in Hubert H. Humphrey (1911-1978), longtime Democratic senator from Minnesota, Vice President (1965-1969) and the party's unsuccessful presidential nominee in 1968. Traub draws extensively on Humphrey's autobiography, The Education of a Public Man: My Life in Politics, published in 1976. A better book, though, for insight into the liberal mind at the movement's high tide in the 1960's -- and a contrast to liberal disarray and doldrums today -- is Humphrey's 1964 book The Cause is Mankind: A Liberal Program for Modern America.

Humphrey exudes optimism and confidence: liberals know what the nation needs and are determined to secure it.  “The enduring strength of American liberalism," Humphrey wrote in the book, "is that it recognizes and welcomes change as an essential part of life, and moves to seize rather than evade the challenges and opportunities that change presents. It is, basically, an attitude toward life rather than a dogma—characterized by a warm heart, an open mind, and willing hands.”

To be sure, there were lots of challenges. "We are living in an age when America seems to be bursting with issues and problems. We must secure civil rights for all our citizens. We must end poverty, Our economy must grow in all parts of the country. Automation and technology must create new jobs, not more jobless...We must rebuild our cities, revitalize our rural areas... We must conserve our natural resources."

But in Humphrey's sunny view of things, challenges were little more than opportunities for reform.  Nothing was too difficult for Americans who needed to endorse bold government initiatives engineered by the liberal spirit.  Humphrey's book included a chapter on planning. He had proposals to streamline the work of Congress. He had proposals for reconciling big business and labor and preserving competition. "The chief economic role of government," he wrote, "must be the smoothing of the way for new men and new ideas."

He endorsed the "welfare state" and government's responsibility to ensure human dignity and a decent standard of living for everyone. He proposed a massive "war on poverty" that was bolder than what President Lyndon Johnson was sponsoring. Better agricultural policies would preserve family farms and at the same time provide food in abundance. Federal education aid would boost that sector.

Civil rights, something Humphrey had championed for years, would keep progressing.

Sometimes, it would take experimentation and improvisation. No matter, said Humphrey. Americans were good at that.

Humphrey did not foresee that the war in Vietnam and other events that would soon undercut the Johnson/Humphrey liberal domestic agenda. In his book, it was all about forward momentum into a beckoning, bracing future. American liberalism "sees free competitive enterprise as the mainspring economic life and is dedicated to the maintenance of the traditional freedoms of speech, of the press, of assembly and the like." But it is behind "the use of power of the state to achieve both freedom and a reasonable measure of equality."

Liberals looking for an enlightening but sobering account of their movement's history should read James Traub.

But liberals should also read Hubert Humphrey for some much-needed inspiration.