Who Says Historians Can’t Travel Back in Time? 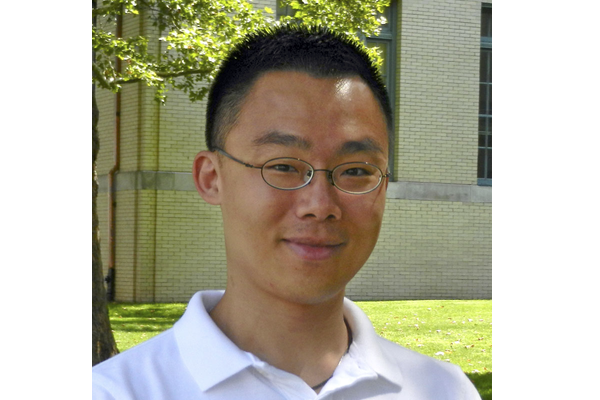 Ricky Law is a historian of interwar Germany and Japan and an Associate Professor in the Department of History at Carnegie Mellon University. He received his PhD from the University of North Carolina at Chapel Hill in 2012.

My book, Transnational Nazism: Ideology and Culture in German-Japanese Relations, 1919–1936, was just published. I still can’t help but read passages from it to come up with possible improvements. I have spent so much time in the past several years reading and revising the manuscript that I find it a little hard to kick the habit abruptly, even though there is no chance of making changes.

I am also beginning to prepare for my next book project on the cultural and social impact of foreign language learning in interwar and wartime Japan. This is an interdisciplinary project about history, international relations, and linguistics. I am now working my way through Robert Phillipson’s Linguistic Imperialism and Linguistic Imperialism Continued, which examine the concomitant rise of English and English-speaking countries to global predominance.

For personal interest, I am reading The Hellenistic World and the Coming of Rome by Erich Gruen and The Senate of Imperial Rome by Richard Talbert. As teachers, both authors were generous to indulge me in my amateurish fascination with ancient history. I am now starting to catch up on their books.

One favorite is hard to say. A book that left a deep impression on me was Weimar: Why Did German Democracy Fail? It is not a typical monograph but a discussion among four historians. The introduction by Ian Kershaw features some of the most illuminating writing I have read on the complex event. I encountered the book as a graduate student already familiar with the topic, but I was still struck by the clarity and insight of Kershaw’s overview of the history and historiography. The discussion following the introduction is an excellent source to learn how historians think and interact.

I read Christopher Browning’s Ordinary Men: Reserve Police Battalion 101 and the Final Solution in Polandt hree times – once as an undergraduate, once as a graduate, and once as an instructor. Each time I learned something new, and I think that is the mark of a great work. Another book that I pick up from time to time is History of the Later Roman Empire, Volume 2 by J. B. Bury. I could hardly put the book down the first time I read it. Good history writing involves good storytelling.

I have always been interested in the past, but I didn’t know that I could turn it into a career. I began my undergraduate studies at UC Berkeley with a major in electrical engineering and computer science. It was the heyday of the original internet boom in the Bay Area, so a career in tech was self-explanatory. But very quickly I realized that engineering did not suit me and that if I worked in tech I would be miserable so I switched majors to study what really motivated me.

The greatness of UC Berkeley as a university was that I walked out of one building and into another, but I still received the same world-class education. I ended up double majoring in history and German, and was one course short of a minor in classics. I also studied abroad in Germany in my junior year. After graduation, I took a chance offer to teach English in Japan and gained a deep appreciation for the country. I decided that I wanted to learn more about the history of Germany and Japan, so I went to UNC Chapel Hill for graduate school with a project on Japanese-German relations. I actually had no intention of entering academia until very late in my graduate studies. I was planning to become a civil servant – I went to public schools all my life and wanted to give back to society. I applied to both government and academic positions, and the university job offer came at the right time.

Attention to detail, persistence, open-mindedness, and a willingness to take risks. History is not a subject like mathematics or physics where one can make major discoveries through personal genius alone. The past is not something that one can just “figure out” – no amount of intellectual brilliance can replace time and effort spent with historical sources. I gained some important insights in my research by noticing scribbles in books, changes to letterheads, or choice of fonts. Published materials likely went through an editing process, so even small details can reveal the thoughts of their creators. To understand the past, it is important not to confine oneself just to political, cultural, or social history, etc. These are categories for analysis but people don’t live separate lives like that. Going beyond disciplinary boundaries can be risky but can also bring unexpected results.

I was fortunate to have many excellent mentors throughout my studies. At UNC Chapel Hill, Christopher Browning and Miles Fletcher were superb co-advisers for my dissertation on transnational history. They taught me lessons on teaching and research that I still apply in my classroom and writing. At UC Berkeley, I took every class offered by Michael Grüttner, then a DAAD visiting professor from the Technical University of Berlin. In the twenty years we have known each other, he was always ready to answer my questions and provided indispensable insights for my book. I only took a freshman seminar taught by Tom Havens, but he has since been generous with his time and supportive of my work. Although I was just one of hundreds of students in Leon Litwack’s US history survey course, we had many interesting conversations during his office hours. When I began teaching my own large lecture courses, I looked back to that experience for inspiration and guidance. The senior-thesis seminar taught by Erich Gruen was singularly enlightening. When I write, I still keep in mind his exhortations to interpret evidence more thoroughly and skeptically. My history teacher at King City High School, Paul Cavanaugh, was not only a phenomenal teacher but also a great role model.

I find it most rewarding when students told me that they had dreaded history classes because they had a bad experience in high school, but my course changed their view on the subject and encouraged them to take more history classes or major in history. I teach a large, introductory survey course that is part of general education. Most of my students intend to specialize in a field other than history, so convincing any of them to take another history class or add a history major feels like a victory and validation of my effort.

History as a discipline is indispensable for democracy. It trains us to place ourselves in the shoes of others in different times and places. Thinking beyond the self and from the perspectives of others is the essence of democracy. My interactions with my students make me hopeful that history and democracy will thrive together.

I have a small library of German and Japanese books published in the interwar era. Most of these books were not accessible at the German National Library or the National Diet Library, so I had to look for them in bookstores or flea markets. Both Japan and Germany have a robust antiquarian trade. Going book hunting gave me a good reason to take a break from research or writing. Leipzig, where I stayed for many months, has historically been a center of publishing in Germany and host to one of Europe’s largest book fairs. But there is nothing quite like Jinbōchō in Tokyo, a district with streets lined with bookstores. I spent countless hours there browsing bookshelves looking for titles and discovering ones I did not know about. Many of the books I collected deal with the practicalities of intercultural interactions, such as travel guides, travelogues, and language textbooks. I am fascinated by the mechanics of how humans made sense of ideas, objects, and people from other cultures. I also have a small collection of maps from that period. Most of these maps were not for finding directions, but they gave viewers a chance to imagine traveling abroad.

My most rewarding experiences came from sharing my knowledge of history with others, be they colleagues, students, or anyone interested in learning more about the past. Seeing my book, which I have worked on for over a decade, in print is truly gratifying and makes me feel that I have added to human knowledge. But it is also frightening as it is now in the open for everyone to see and comment on. The most frustrating times were when students wrote in course evaluations that they don’t see the point of having to take a history class because they plan to have a career in STEM, performance arts, etc. I wish they would have told me earlier, so I could have tried personally to convince them that a grounding in history will make them better scientists, artists, and businesspeople. College is precisely the place to explore various areas of interest.

I may belong to the last generation of historians who remember the days before the internet. Information technology has undoubtedly transformed how we research history. Digitization allows the historian to handle an amount of material previously unimaginable. I could not have written a book on the mass media of two countries without digitized sources. Having said that, I think digitization causes some problems. One is information overload. Because it is so easy to access electronic material, it is very tempting to keep looking for the elusive “whole picture” rather than to start writing. Another is the loss of context. A keyword search can be the fastest, most efficient way to find a relevant document, but it rips the document from its surroundings, like reading newspaper clippings rather than scrolling through the pages. An even more disruptive change is that far fewer people are studying history. The interest is still there, but history is often erroneously perceived as a field that does not lead to career success. I worry that history may soon be studied only by the privileged few who can afford to. That would set history back to its status hundreds of years ago, but certainly not when I began my studies.

There are some post-publication activities associated with Transnational Nazism. I have read numerous books but until I wrote my own, I was not aware how much work goes into publishing one. I gained much respect for book authors. I have established a presence on Twitter (@rickywlaw), mostly to discuss my book and to comment on historically relevant current events. I have felt, and still feel, rather ambivalent about the purpose of social media and its repercussions. But that’s how the world works now (I’ll leave it to future historians to assess social media’s worth), and those who know better have a responsibility to speak up and speak out when history gets misused. I am also starting to write my next book. It will analyze why and how the Japanese learned various foreign languages in the interwar and wartime years. Additionally I will develop a few new classes, on Roman, Japanese, and German histories.