Margaret Power is a professor of history at the Illinois Institute of Technology and co-chair of Historians for Peace and Democracy. Her current work focuses on the Puerto Rican Nationalist Party and its transnational networks across the Americas from the 1920s through the 1950s. 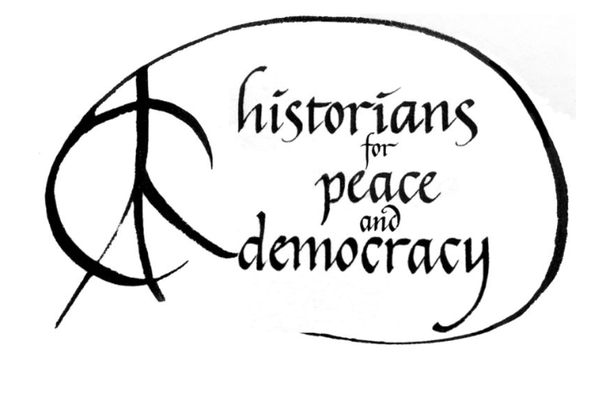 Close to fifty historians attended the day-long National Strategy Meeting of Historians at Columbia University on May 28, 2019. Historians for Peace and Justice (H-PAD) convened the meeting.  The unprecedented gathering of historians independent of a formal conference testified to the urgent need many of us feel to continue and expand our opposition to the Trump regime as well as the multiple crises that confront us in this country and around the world. Thanks to the efforts, enthusiasm, and contributions of a number of historians, the meeting was stimulating, congenial, and successful, despite being organized on a shoe string budget. For the list of attendees and agenda, go to https://www.historiansforpeace.org/national-strategy-meeting-of-historians/.

Van Gosse and Margaret Power opened the meeting, which then broke into small groups to discuss several questions. Some of the questions were (1) What is the role of historians in this time of acute global and national crises? (2) How can we go forward together, forging stronger alliances and connections nationally and locally with each other, as engaged scholars and with the larger movements? (3) How important is it to act within our profession, including its associations? The body reconvened and a representative from each group reported on the main points it had explored. No clear consensus emerged from the report; instead a wide-range of opinions and priorities were expressed.

In the afternoon, people attended one of six work groups, based on what they wanted to work on. The six working groups and conveners that emerged and are currently functioning are the following:

If you are interested in finding out more about the groups or in joining one of them, please contact the convener listed above. H-PAD hopes that other working groups will also form, so if you are interested in forming or participating in one, please contact us and we will announce them and put people with similar interests in contact with each other.

The group also discussed whether to form a new organization to incorporate all the non-H-PAD people in attendance or whether to continue and expand H-PAD. Participants overwhelmingly decided it would serve no purpose to start a new organization and that those who wanted to get involved in the work should join H-PAD. For more information, go to https://www.historiansforpeace.org/