Denying Omar Barghouti Admittance to the U.S. Is a Free Speech Issue 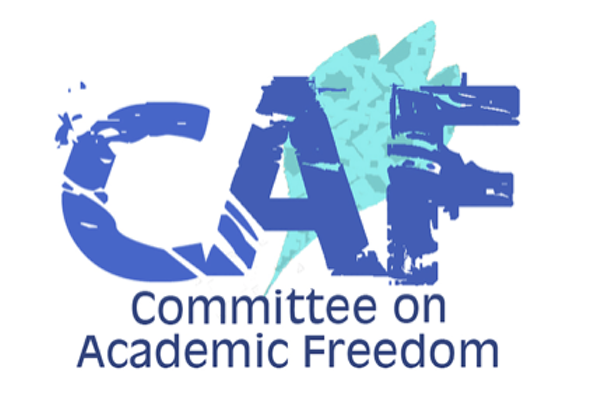 A. J. Caschetta claims that the Middle East Studies Association “whitewashes terrorism,” citing a letter that its Committee on Academic Freedom recently sent to Secretary of State Pompeo protesting the Trump administration’s decision to deny Omar Barghouti, a Palestinian leader of the BDS movement, entry to the United States. This is just one of the baseless and tendentious assertions in his post, which repeatedly conflates criticism of Israel and of Zionism with anti-Semitism. It should come as no surprise that Mr. Caschetta is associated with the Campus Watch website which, as many HNN readers no doubt know, has since 2001 repeatedly defamed scholars of the Middle East as enemies of Israel, anti-Semitesand/or terrorist sympathizers because of their views on Israeli policies toward the Palestinians or on US policy in the region.

What is really at stake here? In fact, MESA has no official position regarding BDS. However, in keeping with the principles of academic freedom, MESA is committed to defending the right of faculty and students at this country’s institutions of higher education to speak, teach and advocate about the Israeli-Palestinian conflict as they see fit. This is a right that is currently under attack, not only by outfits like Campus Watch but also by state governments, members of Congress and administration officials who seem determined to suppress, or even criminalize, one particular political position – support for BDS – in academia and beyond.

MESA’s Committee on Academic Freedom also sees the denial of entry to Omar Barghouti as a free speech issue: we do not believe that it is acceptable for the U.S. government to ban people from entering the United States on ideological grounds, thereby preventing Americans from hearing views the government dislikes. That’s what we believe this case is about. Mr. Caschetta justifies the Trump administration’s action with respect to Mr. Barghouti by comparing him to an openly racist white nationalist who might legitimately be denied entry. This analogy is absurd: whether or not one agrees with the goals or strategy of the BDS movement, the methods it advocates are nonviolent and its core demand is that international human rights principles be applied to the Israeli-Palestinian conflict.

HNN readers should judge for themselves by viewing the lengthy and substantive conversation that journalist Peter Beinart (who is not a supporter of BDS) conducted with Omar Barghouti – by video link rather than in person as originally planned. That was the real point of MESA’s letter: Americans should be able to hear Mr. Barghouti’s views and decide for themselves what they think.