The Elon Musk of Global Crime and European Colonialism in Africa 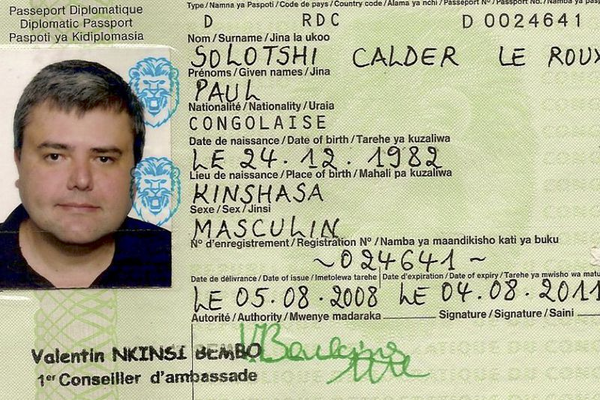 Two agents of the U.S. Drug Enforcement Administration’s elite, secretive 960 Group, part of the agency’s Special Operations Division, tracked him down, penetrated his inner circle, and lured him to Liberia and arranged to have him arrested and expelled to their custody on September 26, 2012. LeRoux promptly flipped and helped the DEA agents round up his hit men and his North Korean methamphetamines trafficking team.   All have been convicted.  The last to face justice was Joseph “Rambo” Hunter, a former U.S. Army sniper trainer and drill sergeant, who was sentenced in New York on March 7, to three life sentences plus 10 years for setting up the brutal murder of a Filipino woman targeted by LeRoux.  LeRoux himself has pleaded guilty to arms and drugs trafficking and other crimes and is incarcerated in New York, awaiting sentencing.

Paul LeRoux is the fruit of a poisonous tree.  I could never think about him without thinking of the horrific history of European colonialism in Africa. I read deeply into histories of colonial Rhodesia and South Africa, where LeRoux was born and grew up.  I thought of Kurtz, the corrupted, blood-soaked, self-exiled anti-hero of Joseph Conrad’s masterpiece, The Heart of Darkness.  “His soul was mad,” Conrad writes.  “Being alone in the wilderness, it had looked within itself and, by heavens I tell you, it had gone mad.”  It became clear to me that, for all his technological prowess, LeRoux has to be seen in the context of the history of southern Africa, a rapacious, swash-buckling profiteer trading in guns, drugs, gold, timber, false documents and human life.

He was born on Christmas Eve 1972 in Bulawayo, Rhodesia’s gritty, vibrant second city. He was the illegitimate son of a young white woman and her lover, both of British descent. A married white Rhodesian couple, Paul and Judith LeRoux, adopted him.

Today, only 17,000 people of European extraction live in Zimbabwe, a landlocked nation of 150,000 square miles wedged between South Africa, Mozambique, Botswana, and Zambia. At the time of LeRoux’s birth, some 260,000 whites resided there, ruthlessly dominating, exploiting, and fearing the country’s 4.8 million blacks. Bulawayo, a precolonial tribal capital whose name meant “place of slaughter,” had blossomed into an industrial powerhouse and processing center for the region’s abundant metal ores, cattle, cotton, tobacco, and maize. The colony’s wealth cushioned it from international sanctions meant to force Prime Minister Ian Smith, an unyielding champion of white rule, to agree to a transition to majority—black—rule.

Three days before LeRoux was born, the colony’s long-simmering racial and economic disparities ignited into what whites called the Bush War and blacks called the War of Liberation. The civil war escalated as both sides engaged in hideous atrocities. The British historian Piers Brendon, in his 2008 book, The Decline and Fall of the British Empire, wrote:

…Guerrillas, some backed by China and others by Russia, crossed the frontier from Mozambique and Zambia to attack remote farmsteads, railways and roads….The guerrillas tried to enlist the native population, using terror tactics against anyone who resisted. Chiefs were regularly tortured and murdered. Schoolteachers were raped. Villages were looted and burned. Counter-insurgency measures were no less savage.… African cattle were seized or deliberately infected with anthrax. Captured combatants were given electric shocks, dragged through the bush by Land Rovers or hung upside down from a tree and beaten.

Under pressure from the United Nations, Great Britain, and the United States, Smith reluctantly held elections. On March 4, 1980, guerrilla leader Robert Mugabe’s party won in a landslide.  The colony of Rhodesia disappeared from the map, replaced by the independent nation of Zimbabwe.

Liberation brought no peace. Mugabe launched a dirty war against tribal and political rivals. He created a 5,000-man Fifth Brigade, had it trained and equipped by North Korea, and dispatched it into the countryside to pillage, rape, torture, and slaughter. Between 20,000 and 80,000 people, mostly civilians, died.

The LeRoux family reportedly lived in the mining town of Mashaba, where Paul LeRoux the elder was a supervisor of underground asbestos mining in the enormous Shabanie and Mashaba asbestos mining complex, one of the largest and most hazardous mining operations in the world at the time. Mashaba meted out misery and early death to black asbestos miners, but it would have afforded an uneventful childhood to the son of a white overseer.

White privilege couldn’t survive Mugabe’s financial mismanagement, which launched the Zimbabwean economy into a tailspin and sent white professionals fleeing. The LeRoux family joined the white exodus in 1984 and landed in the grimy South African mining town of Krugersdorp, 540 miles to the south of Bulawayo. LeRoux’s father parlayed his knowledge of mining into work as a consultant to South African coal mines. LeRoux later claimed that his father developed an off-the-books sideline as a diamond smuggler and introduced his son to figures in the South African underworld.

Whites were at the top of the economic and social heap in South Africa. LeRoux, chunky and socially awkward, buried himself in his computer. He studied programming at a South African technical school, soon outstripped his classmates and his teacher, and developed a specialty in cyber security programming. In 1992, when he was twenty, he snagged his first job, working at a London-based information technology consultancy. He became a digital nomad, traveling between Europe, Hong Kong, Australia and the United States, setting up secure data systems for government ministries, corporations, law firms and banks.

In 2002, when he was 30, he felt a vocation to entrepreneurship, in the mold of his South African contemporary Elon Musk. LeRoux’s innovations were always on the dark side – drugs, arms, smuggled gold, illegal timber, false documents, murder. As he accumulated wealth, he fell back on a mind-set he absorbed in Rhodesia—dig in hard, don’t spare the bullets, and be ready to move.

He bought bolt-holes – safe houses -- throughout Africa and Asia, but he dreamed of returning to the place he was born.   He paid a broker $12 million to give Mugabe so he could acquire a plantation confiscated from white farmers. He was cheated:  Mugabe never delivered.  In 2009, he tried another tack, sending “Jack,” a European aide, to travel around the Zimbabwean countryside to search out a colonial-era villa with white, plantation-style columns, some acreage, and a “big, curvy driveway.”  He evidently harbored a fantasy of the by-gone colonial era, when white gentlemen planters, called “verandah farmers,” enjoyed idle days and debauched nights, sipping cool drinks on the broad front porches, observing from a distance the toils of the black farmhands, then toddling off at dusk for dinner and an orgy with other planters’ bored wives.

As a child in a whites-only school, he would have been taught the so-called Pioneers Myth, about intrepid English settlers taming the verdant, empty plain and carving out a civilization. It is highly doubtful a white schoolboy would have been told the truth -- that Rhodesia was founded on and sustained by blood and lies.  When the indigenous people rebelled in 1896, British troops and Rhodes’s militiamen exterminated them. Historian Brendon described scenes of horrific cruelty: British soldiers and settlers putting villages, grain stores crops to the torch; slaughtering men, women and children; collecting trophy ears; and making their victims’ skin into tobacco pouches. In the famine that resulted, people were reduced to eating roots, monkeys, and plague-ridden cattle corpses. The streets of Bulawayo filled with emaciated refugees trying to escape to South Africa.

“It was about getting what he wanted,” Jack said, “and if he had to do business with an evil person like Mugabe, then so be it, as long as he got his part off the deal. He didn’t care about the people. They were all monkeys to him.”

To read more about Paul LeRoux, check out Hunting LeRoux: The Inside Story of the DEA Takedown of a Criminal Genius and His Empire by the author: 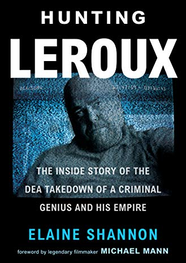