America, Palestine, and UNRWA: A History of Self-interest

Laura Robson is a professor of modern Middle Eastern history at Portland State University in Portland, Oregon. Her most recent books are States of Separation: Transfer, Partition, and the Making of the Modern Middle East (University of California Press, 2017), which explores the history of forced migration, population exchange, and refugee resettlement in Iraq, Syria, and Palestine during the interwar period, and the just-published edited volume Partitions: A Transnational History of 20th Century Territorial Separatism (with Arie Dubnov; Stanford University Press, 2019), which explores the emergence and consequences of the political “solution” of partition in the twentieth century world. She is also the author of Colonialism and Christianity in Mandate Palestine (2011) and editor of Minorities and the Modern Arab World: New Perspectives (2016). 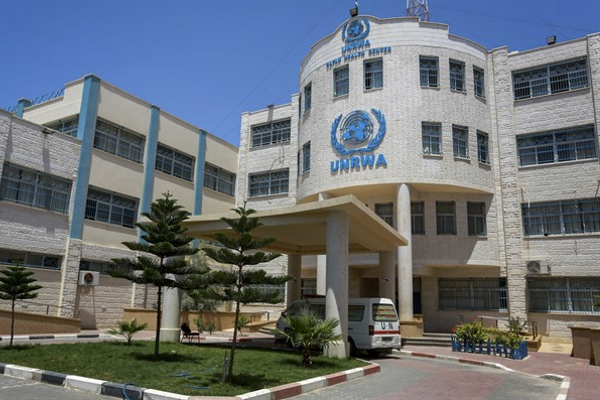 In the fall of 2018, Donald Trump announced he would withdraw from the American commitment to provide some $300 million to the United Nations Relief and Works Agency. UNWRA was set up in 1949 as the only UN institution dealing solely with the Palestinian refugee crisis. It has since become one of the UN’s largest organizations, employing some 30,000 people and operating more than 700 schools for Palestinian refugees as well as a wide variety of other social services in camps and settlements across the Arab world. By its own accounting, its services reach more than 3.5 million people, a majority of the 5.1 million registered “Palestine refugees” on the UN’s books. Largely as a consequence of Trump’s decision to withhold funding, UNRWA is currently facing a major financial crisis that has brought into question whether many of the schools, clinics, and supply centers it runs will reopen in the fall of 2019.

Trump claimed he curtailed UNRWA funding because the organization was a “failed mechanism” (according to national security adviser John Bolton) that was contributing to the ongoing political stalemate between Israel and the Palestinians. Prodded by his Middle East negotiator Jared Kushner, Trump appears to have hoped that the withdrawal of funds from UNRWA would press the Palestinians to drop their claim to the right of return that they have consistently made in negotiations with Israel since the 1948 war. When asked about the change in policy, then-ambassador Nikki Haley defended the stance as part of Trump’s “America first” approach: “First of all, you’re looking at the fact that there’s an endless number of refugees that continue to get assistance. But more importantly, the Palestinians continue to bash America.”

But UNRWA began as essentially an American project, designed to ensure that the Palestinian refugee crisis would not disrupt the development and operation of American interests (including, crucially, oil investments) across the Middle East. From its founding in 1949, American thinkers and bureaucrats saw in it an opportunity both to physically confine the refugees and to spread American ideas in the Middle East. In 1949 the former U.S. Tennessee Valley Authority director Gordon Clapp authored a UN report that claimed Palestinian refugees could serve as an entry point for Western, and especially American, political and economic influence across the region: “The administration of the relief and public works programme for refugees… can, in the considered judgment of the Economic Survey Mission, become a contributing factor for peace and economic stability in the Near East.”

Clapp proposed a series of land development schemes, backed by American private investment, that would simultaneously create livable space for the refugees in Jordan and Gaza (thus preempting their uncontrolled movement into Israel or around the region) and offer venues for American money, advice, and interests to infiltrate the Middle East. For the Eisenhower administration, it seemed that UNRWA represented an opportunity to press for a new US-led political and economic order across the region.

American personnel and interests dominated UNRWA in its first decades; the US represented UNRWA’s single most important financial backer and in some years provided as much as seventy percent of its funding. In the 1950s and 1960s, successive American administrations believed UNRWA’s schemes of refugee relief could simultaneously prevent Palestinian support for Communism and serve as  economic and political leverage with their Arab host states. Assistant Secretary of State George McGhee under President Truman put the matter clearly in a statement to the House Committee on Foreign Affairs in 1950: “[The Palestinian refugees] will continue to serve as a natural focal point for exploitation by Communist and disruptive elements which neither we nor the Near Eastern governments can afford to ignore. … The presence of three-quarters of a million idle, destitute people – a number greater than the combined strength of all the standing armies of the Near East – whose discontent increases with the passage of time, is the greatest threat to the security of the area which now exists.” By 1961, the State Department was defending its policy of supporting UNRWA by pointing out that at a cost of nine cents a day it had been “remarkably successful in keeping the potentially explosive refugee problem under control.”

John Davis, the American head of UNRWA in the early 1960s, summed up what the organization was doing even more succinctly: “UNRWA was one of the prices – and perhaps the cheapest – that the international community was paying for not having been able to solve with equity the political problems of the refugee.” He added, “It was surely well worth the cost.” In the decades since, this political calculation continued to form the backbone of American support for UNRWA. American leaders were not interested in it as a crucial humanitarian obligation, but as a security mechanism. In the absence of an institutional frame keeping Palestinian refugees in confined spaces, American leaders believed, Palestinians could rapidly cause political chaos, threatening not only the security of Israel but the stability of the region in general – including American access to Gulf oil piped through the refugee-heavy regions of Jordan, Lebanon, and Syria.

For decades, support for UNRWA was conceived of as an action of American self-interest, not of Palestinian relief. The current administration’s reversal of this longstanding approach suggests less a changed set of American political alignments in Palestine/Israel than an unwillingness – or incapacity – to see the longstanding realpolitikcalculations behind an apparent commitment to humanitarian aid. And perhaps it won’t matter much in the end; because there are other actors who worry that the dissolution of UNRWA would threaten their political stability and economic interests, and are willing to shell out to avoid such a risk. At last accounting, UNRWA commissioner general Pierre Krahenbuhl reported that the $300 million shortfall caused by the US withdrawal of funds had been reduced to about $21 million, thanks to a series of emergency donations. He wished especially, he noted in a press conference, to thank the four donors who had collectively nearly made up the difference: Kuwait, Qatar, the United Arab Emirates, and Saudi Arabia.