Alice Walker's Not Guilty of Antisemitism

Across the internet, poet and novelist Alice Walker this week has been harshly denounced as anti-Semitic on the basis of an interview she did with the New York Times Book Review last Sunday, for her comments  on  And The Truth Shall Set You Free,  by David Icke, whose work has been  condemned as anti-Semitic.  In the interview, Walker was asked what books were on her nightstand. She mentioned a number of books, one of which was Icke's, and  said that "In Icke's books there is the whole of existence, on this planet and several others, to think about. A curious person's dream come true." On her website, in response to the tidal wave of criticism of her for not criticizing Icke,  Walker wrote that she did not regard  him or his work as anti-Semitic, and defended her freedom to read whatever works interested her. 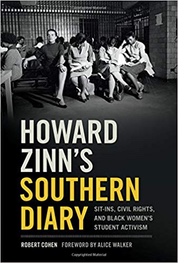 Whatever the merits of Walker’s reading of Icke, her life history has been one in which she has consistently and eloquently battled bigotry since her teenage college years at Spelman College where she was active in the Atlanta movement against racial discrimination and the Jim Crow system. As one who has studied Walker’s history of political activism, I find no trace of anti-Semitism, but instead find a humane identification with the oppressed, including Palestinians, and a dedication to battling war, poverty, and hatred.

The period in Walker’s life that I have studied most closely is her time as a Spelman college student in the early 1960s.  Though a great source of student activists, Spelman, a historically black women’s college in Atlanta, was socially conservative in the extreme, presided over by a campus administration that often sought to stifle student and faculty activism.  The most prominent faculty activist at Spelman back then was history department chair Howard Zinn, who served as both a mentor and supporter of the students protesting both racism in downtown Atlanta and paternalistic regimentation of student life on campus.  Zinn’s role in supporting the student movement led to his firing in 1963.

Walker, a student of Zinn, took a courageous stand on behalf of this Jewish teacher she respected and loved, risking her  educational career to protest his firing. Coming from an impoverished rural family, Walker needed her scholarship funds to continue her education and knew that Spelman’s authoritarian president could easily have taken away that scholarship in response to the open letter she wrote on behalf of Zinn’s reinstatement. Yet she stood up for her teacher despite the fact that this meant jeopardizing her own future. Zinn and Walker would be lifelong friends.

Yes this was a long time ago, 1963. But Walker is as proud today as she was back then to have risked it all on behalf of her radical Jewish teacher.  I know this because this year I published a book on Howard Zinn, Spelman, and the Atlanta student movement, Howard Zinn’s Southern Diary: Sit-Ins, Civil Rights, and Black Women’s Student Activism, and Walker wrote a foreword to it that described in moving terms how her and her family’s love of education and reverence for teachers, along with her passion for freedom, and justice, motivated her to stand up for her beloved teacher.  Walker back then,  as my late mother would say (in Yiddish), was a mensch, who had acted selflessly, and she still is and still does.