by Laurie A. Brand 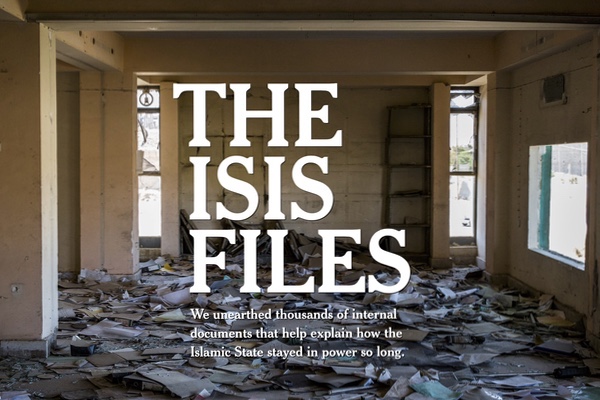 In an article published in HNN on October 8, 2018, Aymenn Jawad al-Tamimi criticizes the Middle East Studies Association for the concerns it expressed regarding the partnering of theNew York Times with George Washington University (GWU)’s Program on Extremism (POE) to “produce a public archive of thousands of Islamic State (ISIS) documents the newspaper retrieved from northern Iraq.”He notes the importance of access to materials to write the history of this period, and reports that he himself has not only assembled his own archive of ISIS documents, but has also provided assistance to Times reporter Rukmini Callimachi, who “obtained the [ISIS] collection for the newspaper.”

The controversy over these documents began when, on April 4, 2018, the Times published “The ISIS Files,” the first in a series of articles and podcasts by reporter Rukmini Callimachi based on more than 15,000 documents that she and her team took from Iraq without permission of the relevant Iraqi authorities. The article featured a number of these documents, all of which were published in unredacted form. In response, members of the Middle East Studies Association (MESA)’s Committee on Academic Freedom (CAF) undertook consultations with a number of Iraqi academics, other academics familiar with the controversial housing by the Hoover Institution of the millions of Ba’thi documents taken from Iraq by US forces in the wake of the 2003 invasion, professional archivists, as well as Ambassador Fareed Yasseen, the Iraqi ambassador in Washington. The result of our discussions with this range of concerned professionals strengthened our initial concerns, and we sent a letter to the Times detailing the myriad legal, professional, ethical and moral issues involved in both the removal and unconsidered, if not cavalier, use of these materials by Callimachi and the Times.1

Our concerns focused on two sets of issues: the conditions under which these documents were obtained and then taken from the country; and the conditions surrounding their subsequent publication and use.

Regarding the conditions of their removal, there is a large body of international customary law which Callimachi and her team violated: the prohibition of pillage under the 1907 Hague Convention; the protection of cultural heritage under the 1943 London Declaration; the 1954 Hague Convention for the Protection of Cultural Property in the Event of Armed Conflict; and the 1920 UNESCO Convention on the Means of Prohibiting and Preventing the Illicit Import, Export, and Transfer of Ownership of Cultural Property. In addition, following the looting of the Iraqi National Museum and National Library in the wake of the 2003 US invasion of Iraq, the principle of the protection of cultural heritage, including the prohibition of the transfer of such items, was reaffirmed by UN Security Council Resolution 1483 (2003). As for initiatives from the Iraqi government, a recent article in the Washington Post substantiates the fact that Baghdad also demanded the return of these documents. The Times now appears to have complied—which itself speaks volumes—but not before making digital copies for itself of all these materials.

Al-Tamimi argues that there were no “legally designated representatives” of the Iraqi government in the north at the time Callimachi took the documents; indeed, the only forces there were security forces, who sometimes granted permission for document removal. He further argues that had Callimachi not taken possession of these documents, they would likely have been destroyed or lost. Both of these claims may well be correct, but they miss the most important point. Neither the absence of a governmental authority beyond the security services nor the possibility of the destruction of these documents justified Callimachi’s removal of them from Iraq. There was another clear option that neither Al-Tamimi nor the Times seems to have contemplated: taking these materials to Baghdad where archival authorities could have been contacted and consulted about future disposition and access. Al-Tamimi’s out-of-hand dismissal of the possibility of Iraqis’ creating a repository for ISIS documents demonstrates a shocking ignorance of and disdain for indigenous professional archivist capacity.

As for the use of these documents, our concerns are both ethical and professional. Like Al-Tamimi we understand and support the desire to document the story of the period of ISIS control in parts of Iraq; but we want to ensure that proper oversight and controls are in place regarding who will have access to these documents and under what conditions they will be made available. The initial installment in Callimachi’s series, which featured documents in unredacted form, made clear that she and her editors at the Timeswere either unaware of or unconcerned about the security or ethical issues involved in publishing them in this way. As we wrote in our May 2 letter, “allowing materials containing personal information about Iraqi citizens to be made public without careful prior review and redaction risks putting their lives in danger.” We reiterated this concern in a September 25, 2018 letter to the president and provost of GWU after its Program on Extremism (POE) announced on September 20, 2018 that it would be partnering with the Times to “digitize the documents and publish original Arabic and translated English versions on an open, searchable website” thus allowing “researchers throughout the world to access a wide array of documents.”Before issuing our letter we consulted with a number of colleagues at GWU about the POE. These consultations led to serious questions regarding proper oversight and administration of these materials, particularly given that Callimachi herself, who is not a scholar and knows no Arabic, has been made a non-resident visiting scholar whose role is to help POE experts make the ISIS files available to the general public. Thus, as our letter stated, “Any university that accepts to house these documents has the responsibility to ensure that they will be housed within institutions that employ professional archivists who can guarantee that any researcher who uses these materials abides by ethical rules and by Institutional Review Board (IRB) regulations.”We also noted the extremely strict guidelines that the Hoover Institution imposed on access to the Ba’thi archive, which require that a researcher adhere to IRB regulations. Equally important, the public at large is not granted access to the archives at Hoover.

Al-Tamimi does concede that MESA’s concern regarding the need to redact names of civilians from the documents” is legitimate, but, in his desire to justify his support for an on-line archive available, unrestricted, to all, he simply ignores the importance of this critical privacy and security concern in the rest of his piece.

The charges leveled by Al-Tamimi that MESA’s concerns, as expressed in our carefully researched letters, constitute “self-righteous fulminations,” or that they reveal an anti-Western bias because the Times, of which we are critical, is a Western organization, are without substance. For evidence that MESA has never shied away from criticism of institutions in the Middle East and North Africa, Al-Tamimi need only consult the hundreds of interventions about violations of and threats to academic freedom in the region that CAF has produced over the years. Similarly, our failure—which he notes—to have written to protest his own collection of 1000 documents is hardly evidence of an anti-Western bias. Given the additional information about his attitudes toward use of and work with such documents that he revealed in the HNNarticle, we would urge him to reconsider the legal, moral, professional and ethical questions the CAF letters on the ISIS documents have raised. Research in and on the Middle East can pose myriad issues—logistical, linguistic, cultural, etc. However, in the desire to uncover truths and open new paths of discovery, it is often the ethical and moral ones that require the most serious reflection.

1 For other articles providing additional details on this story see: