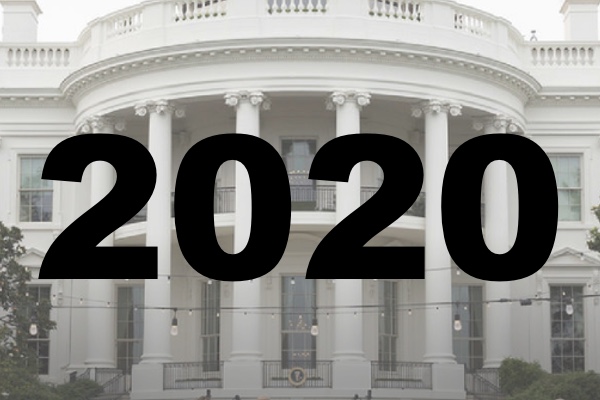 Donald Trump is the first candidate to win the Presidency who lacked government or military experience. Only Wendell Willkie before him in 1940, and H. Ross Perot as an Independent in 1992 and 1996, are comparable.

But now there is speculation that up to seven business people and three celebrities with no government experience might announce for President in 2020. Based on what happened with Trump, one of them might be able to win their party’s nomination or election.

The business people include the following in order of their ages at the time of the election and inauguration a bit more than two years from now.

Mark Zuckerberg, the Facebook billionaire, would be only 36 years of age in 2020, but since the age to become President under the Constitution is 35, he could run. Will he run? He has been traveling around the nation meeting citizens. However, the recent controversies over Facebook’s role in the 2016 Presidential election and his controversial defense of Facebook make this possibility less likely.

Andrew Yang, an entrepreneur who promotes startups in business in many different cities across America, was born of Chinese parents from Taiwan, and would be 46 by Inauguration Day 2021. He has made clear that he wishes to promote a Universal Basic Income of $1,000 a month to all Americans from ages 18-64, as the key part of his proposed platform, and has actually already announced for President (it was back in November 2017). He hasn’t gotten any traction thus far, but he has made several trips to the first two states where citizens will vote in the 2020 Presidential campaign, Iowa and New Hampshire.

Michael Avenatti, an attorney, has become famous for his defense of “Stormy” Daniels’s lawsuit against Donald Trump. He has also been an entrepreneur, and a commentator on various legal issues. In his practice he has defended celebrities, business executives, Fortune 100 companies, and the National Football League. He has consistently been a highly contentious figure in bankruptcy suits, and is seen by many as a publicity seeker. He says he would likely announce for President as a Democrat, but would only run against Donald Trump or Mike Pence. The odds of his running are hard to know, as he seems more interested in attention and adulation, than in serious campaigning on important political issues. Were he to run and win, he would be about a month short of 50 on Inauguration Day in 2021.

Mark Cuban, who owns the Dallas Mavericks professional basketball team, has hinted at running for President. He has been all over the map politically, having expressed admiration for libertarian author Ayn Rand, but backed Hillary Clinton for President in 2016. Cuban has been a public relations oriented person, more noticed in the news media than by businessmen (remind you of anyone?). He has clashed with Donald Trump since the 2016 presidential election. At age 62 in 2020, he would be more likely a Republican candidate, as he calls himself fiscally conservative, although he is also a social moderate.

Tom Steyer, a billionaire hedge fund manager, philanthropist, environmentalist, liberal activist, and fundraiser, has been appearing on cable and the internet to impeach Donald Trump. He has been a Democratic activist going as far back as Walter Mondale’s 1984 campaign. He was active in the campaign for Hillary Clinton in 2016, and was twice considered for the cabinet by Barack Obama (for Secretary of the Treasury in 2009 and Secretary of Energy in 2013). Steyer would be 63 in 2020 if he were to choose to run, which seems possible, and he is often seen as the adversary of Charles and David Koch in his desire to influence politics.

Howard Schultz, the former Chief Executive Officer of Starbucks, and former owner of the Seattle Supersonics National Basketball team, would be 67 years old in 2020, and has a very liberal image, and seems to be seriously considering a run. He has stood out as a rare very liberal businessman, who speaks out on public issues.

Bob Iger, the Chairman and Chief Executive Officer of the Walt Disney Company, would be nearing 70 by Inauguration Day 2021, and is rumored to be interested in running for President, but there have been criticisms of his leadership at Disney. Vermont Senator Bernie Sanders says Iger is too highly compensated at Disney, and does not pay his employees a decent living wage. His seems like a long shot candidacy.

So the likeliest candidates who would be taken seriously are: Michael Avenatti, Mark Cuban, Tom Steyer, and Howard Schultz. The unlikeliest: Zuckerberg, Yang, and Iger.

Three celebrities who have been rumored to run all seem highly unlikely to do so, or to have any real impact. These include rap singer Kanye West, who is also a record producer, singer, songwriter, entrepreneur, and fashion designer, who would be 44 in 2020. Also, actor, producer, and semi retired wrestler Dwayne (The Rock) Johnson, who would be 48 in 2020. Finally, there’s Oprah Winfrey, media executive, actress, talk show host, record producer, and philanthropist, who would be nearing age 67 by Inauguration Day 2021. It seems highly doubtful that any of these three celebrities would actually announce for President, and run a serious campaign.

While a few of this group of ten might run for President, it seems to this historian that the one with the opportunity to make real headway would be Tom Steyer, as a result of his campaign to impeach Donald Trump, plus the fact that his activism in the Democratic Party, including possible consideration for being a Presidential cabinet officer, makes him seem more qualified and competent to be the Chief Executive of the nation. But as one can well realize after 2016, who can predict the future?