The Framers Tried to Block Foreign Influence Over Our Elections

David O. Stewart is the author of The Summer of 1787: The Men Who Invented the Constitution. 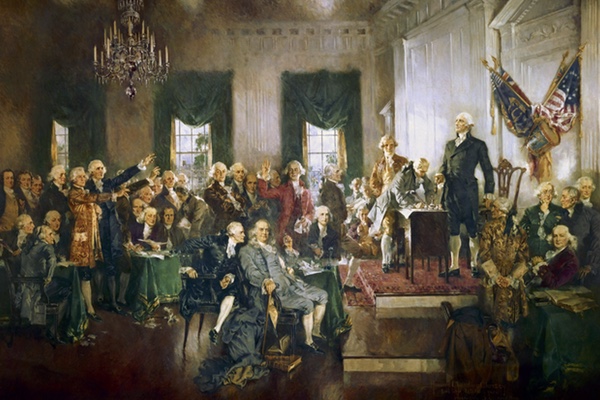 Recently, speaking about the creation of the Constitution to a room filled with teachers of history, I mentioned that the drafters struggled over how best to choose the president. The delegates to the Constitutional Convention initially agreed that Congress should make the choice, but then grew concerned that foreign powers would bribe congressmen to favor their preferred candidates. 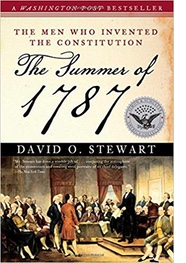 A wave of snickers swept the room.

“Wait,” I said, realizing the connection the teachers had made between current events and my comment. “I’m not making that point.”

But when you talk about the Constitution, it always connects to current events. Since I share the national puzzlement over the president’s unaccountable bromance with the leader of an unfriendly nation that evidently interfered with the 2016 elections, I looked back at the debates over the Constitution during that hot Philadelphia summer of 1787.

The risk of foreign influence over how to choose the chief executive came up in late July, when the delegates confronted fundamental disagreements on that subject. “There are objections,” observed James Madison of Virginia, “against every mode that has been, or perhaps can be proposed.”

On that day, Madison’s target was the convention’s initial preference for having Congress select the president. He warned that it would give foreign powers “the opportunity to mix their intrigues and influence with the election.”

Choosing the American leader, he continued, “will be an object of great moment with the great rival powers of Europe,” who will want “to have at the head of our government a man attached to their respective politics and interests. No pains, nor perhaps expense, will be spared.”

The studious Madison did not rest his criticism on pure reason, but drew support from history. Both Germany and Poland, he noted, “are witnesses of this danger.” When Germany was mostly part of the Holy Roman Empire, choice of its leader “was much influenced by foreign interference,” while elections of the Polish kings “has at all times produced the most eager interference of foreign princes, and has in fact at length slid entirely into foreign hands.”

Madison’s concerns – and history lesson – resonated with his colleagues. Pierce Butler of South Carolina stressed that the selection of the president must avoid “two great evils”: “cabal at home and influence from abroad.” Hugh Williamson of North Carolina also was dissatisfied with Congress choosing the president, insisting that “it opened a door for foreign influence.”

For weeks more, the delegates wrestled with the problem of how to pick a chief executive. They finally agreed on a complicated elector system so flawed that it required the Twelfth Amendment to allow it to function at all (even badly, as it now does).

That system’s principal virtue, Alexander Hamilton argued in Federalist No. 68, was that it shielded the presidential choice from “the desire in foreign powers to gain an improper ascendant in our councils,” by “raising a creature of their own to the chief magistracy of the Union.”

For two hundred thirty years, the need to exclude foreign influence over our elections was never controversial. The Framers shielded the presidential selection process against the risks familiar to them: principally, in Hamilton’s phrase, bribery of those who might “prostitute their votes.”

Although Madison and Hamilton and their colleagues did not anticipate cyber-hacking of election systems or warfare through false social media campaigns, we need not wonder what they would have thought of them. Anything that impairs the integrity of elections, that allows a foreign power to raise a creature of its own to the presidency, defeats our sovereignty as a nation.

The Framers understood that. So did the history teachers to whom I spoke. It’s long since time for the president, Congress, and our government to take the steps necessary to preserve elections free of foreign interference.