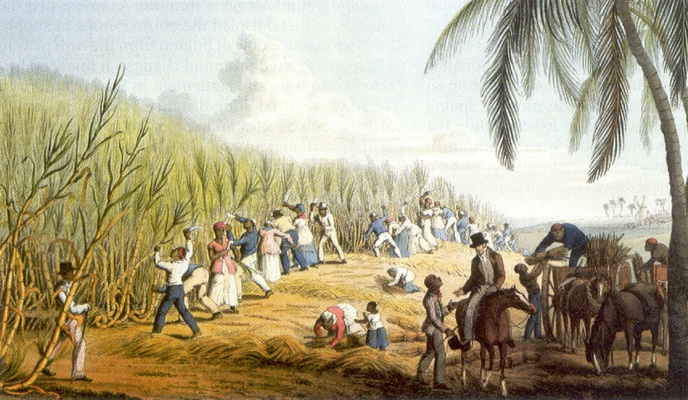 Scholars of American slavery have increasingly looked at bondage in other slave societies as a way to better understand their own. Firsthand study in another former slave society can prove particularly useful. In summer 2016, I had the opportunity to study slavery and slave resistance in northeast Brazil as part of a Fulbright-Hays Group Project Award team hosted by the University of Detroit Mercy. This included meeting and learning from Brazilian scholars, reading extensively in the scholarly literature on Brazilian slavery, visiting relevant museums and other cultural institutions, and immersing myself in contemporary Afro-Brazilian culture. Extensive preparation beforehand, four weeks in Brazil, and subsequent study upon my return yielded valuable understandings of the dramatic contrasts between the two most important slave societies in the Americas.

Even though they became the most significant sites of bondage on the western edge of the Atlantic world, slavery took very different paths in Brazil and the U.S. Comparative slavery scholar Laird W. Bergad notes that “the development of slavery in the Americas was conditioned by the volume, timing and destinations of the trans-Atlantic slave trade.” About 4.8 million African slaves were imported into Brazil compared to about 390,000 into what became the U.S. Slave importation lasted more than a century longer in Brazil, from 1530 to about 1850; slave importation lasted from 1619 to 1808 in the U.S.

The dynamics of the slave population differed dramatically in the two societies. In Brazil slave numbers could only be sustained through continued importation. Brazilian slaves, especially in the sugar-growing districts, often lived abbreviated lives. The 1872 census, the last one before emancipation, counted 1.5 million slaves, less than a third of the number imported. Among the multiple factors involved were a relatively-worse diet, a tropical climate (in many areas, such as Bahia and Maranhao), substantial disease factors (including many chronic and infectious diseases), and considerable gender imbalance. These prompted a lower birth rate and a higher death rate. High manumission rates and the comparatively greater number of slaves fleeing captivity also encouraged a declining slave population.

In colonial America and the U.S., the slave population grew through natural reproduction (as early as 1724). The 1810 census, which was taken right after slave importation ended, counted 1.1 million slaves. The 1860 census, the last one before emancipation, counted 4 million slaves. The vitality of the slave family played an important role. Other factors included a relatively-better diet, a subtropical or temperate climate, fewer disease factors, and greater gender balance. This prompted a lower death rate and a higher birth rate. Low manumission rates and the comparatively lesser numbers of slaves fleeing captivity also kept slave numbers high.

The differing population trajectories of the two slave societies produced distinct cultural variations. Brazilian slaves nurtured extensive cultural continuities with Africa, as evidenced in religious forms such as Candomble and dance traditions like capoeira. When slavery ended in 1888, many slaves had firsthand memories of Africa. Movement back and forth between Brazil and Africa continued for generations. In colonial America and the U.S., more limited cultural continuities with Africa were maintained. When slavery ended in 1865, very few slaves had firsthand memories of Africa. Most were generations removed.

These population trajectories also followed distinct geographies over time. In Brazil slavery emerged and initially thrived in the sugar-growing districts of the northeast. By the nineteenth century, however, it had spread to mining districts throughout the center of the country, as well as coffee-growing and ranching districts further south. In colonial America, slavery existed throughout the thirteen colonies. Following independence, it became the “peculiar institution” of the American South alone, found especially in the so-called Cotton Kingdom of that region. At its most mature stage, slavery was far more concentrated in the U.S. than in Brazil. 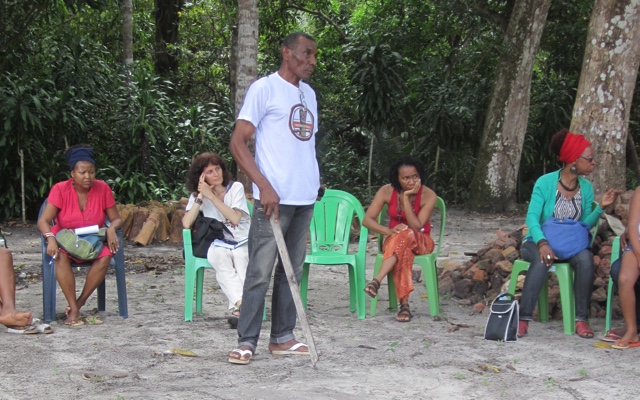 One of the most obvious areas of difference was overt slave resistance – rebels and runaways. Brazilian slaves exhibited a greater degree of rebellion and flight. Between the 1790s and 1835, there were dozens of sizable rebellions, especially in the sugar-growing province of Bahia. Urban rebellions sometimes involved hundreds of slaves. Even today, slave rebels such as those who carried out the 1835 Male’ Revolt in Salvador are culture heroes celebrated in films, novels, comic books, carnival, folk painting, and statuary throughout Brazil. Even more widespread, however, was the option of fleeing to clandestine communities known as quilombos, often beyond areas of settlement, where runaway slaves operated outside of white control and cultural influence. Some five thousand may have existed during slavery times, ranging in population from a few dozen to twenty thousand. The Brazilian government has identified 3500 quilombos still in existence today and enshrined the right of these communities to land titles and cultural recognition in its 1988 constitution.

American slaves exhibited a lesser degree of rebellion and flight. Only a few significant rebellions took place in the American South and were quickly crushed (Stono, 1739; Louisiana, 1811; Nat Turner, 1831). A key factor was the slave family; familial bonds lessened the willingness to risk participating in a revolt. Other mitigating factors included the existence of a white majority population, more widespread slaveholder presence in plantation districts, and a more settled terrain in the American South. Far fewer slaves ran away for the same reasons. Perhaps, no more than 100,000 American slaves successfully absconded to the northern U.S., Canada, and elsewhere during the long era of bondage, most integrating into black farming settlements or urban communities in these regions. Only a relative few found their way to maroon communities in swamps, mountainous areas, and the frontier in the South. Once freedom arrived, they also quickly blended into the broader African American community.

One particular experience clarified my understanding of the dramatic contrasts between slavery and slave resistance in Brazil and the U.S. This came during the latter days of our trip when we visited Quilombo Jacarei dos Pretos in Maranhao. More than a century and a half old, it was founded in the 1860s by eleven slave families who ran away from a nearby plantation. Today some eighty-seven families live in the quilombo. The primary economy is still subsistence agriculture, although some cassava flour is marketed to neighbors on the outside. A few community members also work on the outside. Land ownership and decision making is still communal. African-derived culture still abides, as was obvious to us in housing construction, food ways, and dancing. The community’s history is still cherished and passed along orally. One elder, Jose Gomes da Silva Tavares, regaled us at length with stories about the quilombo’s origins, long history, and struggle for recognition of its land claims. He also shared with us his concern about the effects of contemporary technology – satellite dishes and cell phones were making an impact. Another elder complained that the “younger generation [is] not telling the stories.” Thousands of similar quilombos exist across Brazil. It would be impossible, however, to find anything remotely comparable in the American context, except among a few Gullah neighborhoods on the Carolina and Georgia Sea Islands. Slavery in Brazil and the U.S. were very different – and the difference remains evident even today.