Should We Bring Back Asylums? 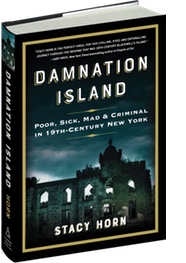 The United States tried for close to 200 years to build humane asylums, and there are very good reasons why few are in existence today. At the beginning of the 19th century, New York City legislators made plans to replace what was recognized as an early attempt gone horribly wrong. The public hospital now known as Bellevue had also been the location of the city’s asylum for the “lunatic poor.” For wealthy citizens suffering from mental health issues there were private, and kinder, sanatoriums. The poor had only Bellevue, where at first these patients occupied the first and second floors of one building but were now jammed and locked up in the basement.

“Why have we not establishments worthy of our city?” an expert decried. The planners visited a Philadelphia asylum founded by Quakers, and returned with the decision to base their new asylum on the revolutionary therapy known as “moral treatment.” Moral treatment evolved from reforms begun in England and France, and elsewhere. Prior to this, insanity was treated by bleeding, starvation, prison cells and straight jackets. Moral treatment was more humane, and therapy was focused on the patient’s emotional and spiritual needs. No longer would they be bound and bled; instead inmates would be cared for with exercise, self esteem-building work, and amusements.

In 1839, 197 patients were moved from the basement of Bellevue to the recently established New York City Lunatic Asylum on Blackwell’s Island (now called Roosevelt Island), a two-mile long pastoral paradise in the East River that the city had purchased almost ten years earlier. In the stress-free and healthful environment of this lush island, thick with fruit trees, New York built what officials believed would be a state-of-the-art mental health facility. They were sure their asylum would be a beacon of hope and reform for all the world.

Three years later Charles Dickens visited, writing that “everything had a lounging, listless, madhouse air .... The moping idiot, cowering down with long disheveled hair; the gibbering maniac, with his hideous laugh and pointed finger; the vacant eye, the fierce wild face ... there they were all ... in naked ugliness and horror.”

The Lunatic Asylum had also become one of the deadliest institutions on the Island. Mortality rates were generally more than or equal to the mortality rates of the Island’s major hospital, one of the many other facilities that would eventually go up on Blackwell’s, including a Penitentiary for felons, a Workhouse for people convicted of minor crimes, and an Almshouse for the poor. Given that the hospital on Blackwell’s was built to service the poorest and therefore least healthy people in New York City, a competing mortality rate at the Lunatic Asylum was appalling.

It all came down to money. Running a mental health facility was expensive. The city had grossly underestimated the number of patients who would ultimately be committed yearly. But there was another problem. The mass incarceration of the poor, the mad, and the criminal on the same island reinforced a destructive association that persists to this day, that the mentally ill are to be feared, the poor are criminals in disguise, and together with the convicts in the prisons they were all to one degree or another “guilty.”

In order to keep their overhead down, the commissioners who ran the island employed several cruel and disastrous economies. Convicts from the Workhouse were put to work as nurses and attendants in the Lunatic Asylum. Instead of seasoned doctors, the patients were cared for by medical school students and recent graduates. The patients were fed only enough to keep them alive. “No one can claim,” a superintendent wrote one year, “or pretend, for a moment, that sixteen cents a day can provide adequate food for a person who is insane, and therefore sick.” Overcrowding and malnourishment contributed to the high mortality rate.

There was also the problem of a bias against women, who were seen as “more unmanageable than are insane men,” and the Irish. According to one resident physician, “the majority of our Irish patients are of a low order of intelligence, and very many of them have imperfectly developed brains. When such persons become insane, I am inclined to think that the prognosis is unfavorable.”

1879 was a particularly bad year, with many lurid examples of abuse, like the pregnant patient who was put in a straitjacket and thrown into solitary, where she subsequently gave birth. Alone. In a straitjacket.

That same year a night nurse was jolted by the sound of one inmate bashing in the head of another. She called the doctor, a 21 year old who’d just graduated from medical school the year before, and who arrived an hour later. Even though the nurse begged him repeatedly to move the victim to the hospital the doctor refused. He bandaged her head and left. The patient died an hour later.

Although an inquest into the patient’s death censured the doctor for not moving the inmate to the hospital and pointed out many problems with how the asylum was run, the only person dismissed was the night nurse, for negligence.

This and other deaths led to a Senate investigation of asylums in 1880. Investigators found, among other horrors, that the use of restraints had not only never gone away, the doctor overseeing the institution said they couldn’t build devices to restrain the patients fast enough. An episcopal missionary spoke about how merciless and tyrannical nurses and attendants abused patients, and if the patients complained, they were never believed. Isolated on an island away from the general public, family, and friends, there was no one to help them.

Nine hundred pages of testimony from that Senate investigation did not produce a single recommendation for reform. Every time a report of abuse came out, like Nellie Bly’s famous series of articles in theNew York World(which were later made into a book, Ten Days in a Mad-House), it was followed by outrage, but not fundamental change. It wasn’t until the 1970s and 1980s and another series of spectacularly negative reports coupled with the emergence of psychotropic medications that officials began to close asylums, which left many former patients on the streets.

It’s not that asylums can’t help those afflicted with mental health issues, but they must be funded properly. Unfortunately, there is nothing to indicate that we wouldn’t make a lot of the same mistakes today. Then and now, when we talk about asylums we’re talking about the poor and middle class. The rich had and will always have their own private hospitals.

The asylums are public institutions, paid for by tax dollars, and the current political climate certainly does not indicate that a tremendous infusion of cash is about to go into healthcare for the poor and middle class. Therefore if we bring asylums back it will always be about saving money. If budgets are initially generous, we will need to have precautions in place so that money is not shaved bit by bit over the years until we are once again hiring unqualified administrators and attendants willing to take how little we pay them, and responding with outrage followed by inaction when reports of abuse begin to filter out. It is also important to ask, if women and the Irish were the victims of bias in the 19th century, which populations today are seen as the most unmanageable and hardest to reform? Because that’s whose torments and miseries we’ll be ignoring in the 21st.