Why Have There Been so Few Serious Urban Riots Since 1968? 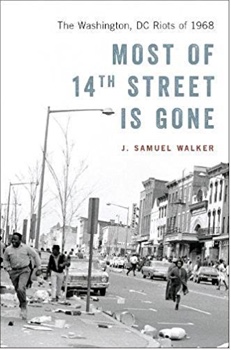 The frequency and magnitude of urban rioting that the United States experienced between 1964 and 1967 were sources of consternation for President Lyndon B. Johnson and for the American public. The “long, hot summers” of those years reached a melancholy peak in 1967, when riots broke out in 164 cities, large and small, across the country. Johnson responded by forming the National Advisory Commission on Civil Disorders, better known as the Kerner Commission after its chairman, Governor Otto Kerner of Illinois. Johnson directed it to investigate the causes of urban unrest and to make recommendations on how to “prevent or contain such disasters in the future.”

The Kerner Commission report, published in March 1968, argued that the riots of the previous few years were the result of bleak living conditions in predominantly black urban areas and all-too-frequent police misconduct in interactions with African American citizens. It offered no easy solutions to those problems but emphasized that unless strong corrective measures were taken to improve conditions and combat racial injustice, major disorders in American cities were likely to continue.

Federal, state, and local officials around the country assumed that serious disturbances would probably recur in the summer of 1968 and beyond. They focused their planning efforts on responding to urban riots rather than preventing them. Johnson told a group of college students in February 1968 that “we will have several bad summers before the deficiencies of centuries are erased.” Asked by one student what could be done to prevent the outbreak of riots during the coming summer, the president hesitated and then answered, “We can’t avert it.” He could not see “that anything could prevent more trouble in the cities this year and in the future.”

Johnson’s fears were realized after the assassination of Martin Luther King Jr. on April 4, 1968. In response to the announcement of King’s death, riots broke out in more than one hundred American cities. By the time they ended several days later, 43 lives had been lost, 5,117 fires had been set, about 24,000 arrests had been made, and nearly 73,000 National Guard and U.S. Army troops had been mobilized. The worst of the disorders occurred in Washington, DC, where the destruction of buildings was so extensive that the most heavily affected areas “looked as though they had been bombed into oblivion.”

Although the riots that followed King’s death were consistent with the expectations about urban unrest that troubled government authorities and many Americans, what came afterward was not. Rather than occurring regularly after 1968, serious urban riots broke out only rarely—in Miami in 1980, Los Angeles in 1992, and Baltimore in 2015. The surprisingly low incidence of large-scale disorders was not a result of having solved the problems that triggered the riots of the 1960s. The causes of urban turmoil identified by the Kerner Commission still prevailed and in many ways had worsened in subsequent years.

Careful observers have offered a variety of explanations for the infrequency of urban riots over the past five decades. One reason was that police departments took important strides toward hiring more African American officers and improving relationships with black communities. Those measures did not solve the deep-seated problems of police-community tensions, but they did produce welcome signs of progress in many locations.

Another important factor in the decline in urban rioting after 1968 was the African American community’s recognition that the primary victims of violence resided in black neighborhoods. One unnamed African American federal official suggested in 1969, “Black people have learned that their own people are the ones who suffer the most from the riots—in deaths, injuries, arrests, and property damage.” This view dovetailed with a conviction that African Americans were focusing on the need for constructive change. In 1971, Mayor John Lindsay of New York and Senator Fred Harris of Oklahoma, both of whom had served on the Kerner Commission, headed a new study of urban conditions in America. They found that although residents of struggling urban areas were as angry as they had been in 1967, “their anger no longer seems to be the helpless kind that can express itself only by smashing and burning.” Rather, they detected a “new tough pride, self-confidence, and determination.”

The increasing political power of African Americans was another reason for the rarity of severe urban disorders after 1968. After the mid-1960s, black elected officials began to play prominent roles in city governments. Between 1964 and 1978, the number of African Americans who held elective office in the United States grew from about 100 to 4300. Walter E. Washington, mayor of Washington, DC, suggested in 1978 that the “great rage” that blacks had shown a decade earlier had been mitigated by a more responsive political system.

Along with enhanced political power, the improved economic well-being of African Americans contributed to the infrequency of rioting. Educational and employment opportunities improved dramatically for many black citizens, and the black middle class grew accordingly. Although black median income still trailed white median income by substantial margins, it made clear gains after the 1960s. David Ginsburg, the Kerner Commission’s staff director, argued on the tenth anniversary of the report, “The black middle class is growing [and] lending stability to the country.”

All those considerations, in some combination, helped explain why there were so few major riots in large cities after 1968. Still, no one can be sure of the reasons. “If things are worse, why aren’t blacks rioting today?” Fred Harris asked in 1988 after citing disquieting trends in urban conditions. His answer was, “Nobody knows.” Scholars and journalists have offered a similarly puzzled response in later years.

The low incidence of urban upheaval should not lead to complacency. It is apparent that some of the lessons of the 1968 riots have been poorly learned or remembered. One is that mutual respect in police-community relations is essential for reducing tensions that can flare into explosive violence. The other is that unless the problems of urban poverty and doleful living conditions are dramatically improved, the possibility of outbreaks of rioting can, with a spark of some kind, turn into enormously destructive reality.