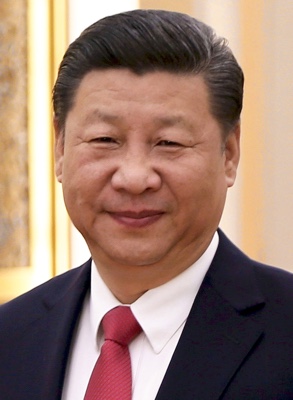 By the time the Ides of March arrive, the two sessions will be over. The annual meeting of the Chinese People’s Political Consultative Conference and the National People’s Congress, which started on Monday (March 5), will be the first major event in China since President Xi Jinping indicated he would be the great helmsman for life. The conference is an advisory body; the congress is the national legislature. Scrapping the two-term presidency reveals that Xi believes party rule may be threatened, and that he and his supporters would be vulnerable should he cede power. Xi holds three key positions, party chief, head of the military and president. Of these the presidency is the least powerful but it had a term limit. His other positions would have guaranteed his continuing influence and power but the presidency, meeting foreign leaders, carries media symbolism and keeps him in the global spotlight.

Xi knows better than most the turmoil that China went through under Mao and the perils of one-man rule and the signs of a determination to hold onto power were there from the start. In April 2013, a story appeared in Chinese media that the previous month Xi, who had just taken office, had hailed a cab on his own and chatted away to the astonished driver. It was quickly discovered to be fabricated, and pulled from websites but it did show that his minders, at least, wanted him to dominate the news and be seen as a man of the people.

As a teenager he was exiled to Liangjiahe village in the harsh scrubland of Shaanxi in the 1960s after his revloutionary-hero father and friend of Mao fell out of favor. Xi was put to work clearing sewage pipes and sleeping in a flea-infested cave dwelling. He was verbally abused lonely, bored, hungry and exhausted.

His father, Xi Zhongxun, was a Communist Party veteran celebrated in later life as one of the “immortals.” Mao unleashed the Cultural Revolution in 1966, friendships and shared hardships were of little value, and Xi Zhongxun was brutally persecuted. Xi’s elder half-sister committed suicide after Xi, along with 17 million peers, was sent to hard labor in the countryside.

The cultural revolution is still fresh in the minds of many Chinese. Xi’s experiences might have suggested that he would advocate party rule, with its checks and balances, rather than arbitrary one-man rule considering he knows at first hand its pitfalls. But the other lesson he gleaned from his experience is more pertinent. No matter how powerful you are, unless you hold the top job, you are vulnerable. His father may have been an “immortal” but he was not untouchable.

Xi has often said his time in Shaanxi gave him an understanding of the struggles the poor in China have to deal with and his campaign to eradicate poverty is testament to this. Hundreds of millions have been lifted out of poverty since opening up in 1978 but more than 30 million still live on less than a dollar a day. The World Bank defines poverty as someone who lives on less than $2 a day. The party has a lower threshold and has pledged that by 2020 no Chinese person will be in this category. Ambitious? Certainly. But if he manages to do so, his vision of Chinese rejuvenation will have more substance.  If that single goal is achieved, abolishing poverty on China, it will bolster his, and the party’s, position to one that is beyond reproach.

Comparisons to Mao are exaggerated. Xi is a different type of leader, though there are some similarities: his emphasis on ideological purity, desire for China to play a leading role on the world stage and, above all, his personal appeal to the masses. Unlike Mao, he seeks their tacit support, but definitely not their participation.

When he first assumed office he demanded that Alexis de Tocqueville’s Fall of the Ancient Regime, an explanation of the French Revolution, be required reading for party members.

Soon after coming to power in 2012, Xi launched an anti-graft campaign that has seen about 1.3 million officials punished. Zhou Yongkang, the former security czar, the man who knew where the skeletons are buried, became the highest-ranking official since the founding of the People’s Republic to be jailed on corruption charges.

Zi pushes his credentials as the core leader and has, like a magnet, gathered a long list of titles. The “chairman of everything’’ has established specialized groups to advise him on key issues, Taiwan, the economy, foreign relations and security, bypassing more traditional party structures.

In September 2015 he led a military parade to commemorate victory over Japan in World War II. In actual fact most of the fighting against the Japanese imperial army in China was done by the Nationalists; the Communists were regrouping after their Long March. But the parade allowed Xi to showcase the country’s military prowess, allowing Xi to portray himself as a strong leader of a strong nation.

Xi has no love of disruption, but he is convinced that party dominance must be bolstered not weakened. Rampant corruption has not gone away and his crackdown, while attracting headlines, seemed to target political foes. Environmental damage has scourged the farmland and the air. Xi sees greater control as a solution. On top of this he has made political enemies.

The trouble is that a pressure cooker of thwarted ambitions can build up. What recourse these men, with sidelined careers, will have is unclear. The ides of March mean nothing in China. But history, and Chinese history especially, can be unforgiving to those who ignore its warnings.