What Makes for a Good Leader in War?

Lewis E. Lehrman, co-founder of the Gilder Lehrman Institute of American History, is author of Lincoln and Churchill: Statesmen at War (Stackpole, 2018) and Lincoln at Peoria: The Turning Point (Stackpole, 2008). 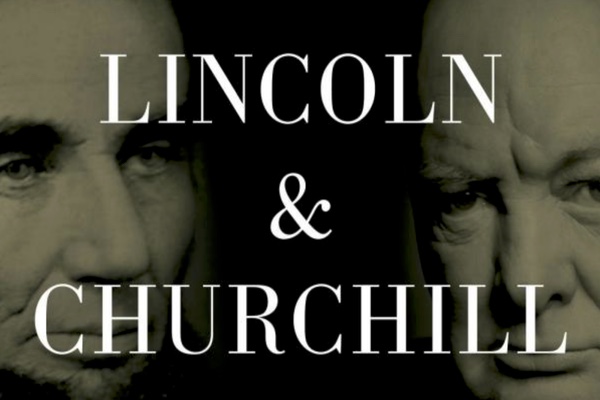 Abraham Lincoln and Winston Churchill were great war leaders in the Civil War and World War II. But they were also politicians who had attained their high offices under unusual and unprecedented circumstances. Neither possessed firm control of his party, many of whose members doubted that they had the leadership skills needed by the national crisis. 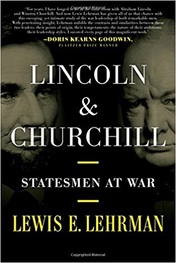 Lincoln and Churchill were not the natural heir to their nations’ top leadership posts at the time they were chosen. In Lincoln’s case, New York Senator William H. Seward was the Republican frontrunner for the 1860 Republican nomination for president. In Churchill’s case, it was Lord Halifax, the Foreign Secretary, who was the preferred candidate of Prime Minister Neville Chamberlain and King George VI.

Neither Lincoln nor Churchill was necessarily beloved by his own party at the beginning of war. Even after 20 months at the helm of the British government, Churchill admitted that “the bulk of the Tories hated him, that he had done all he could and would only be too happy to yield to another.”

Lincoln worked far harder at building his political organization. Churchill concentrated on winning the war and building his political image. From the outset of his political career at age 23, Lincoln declared that it was his “peculiar ambition” to be “truly esteemed of my fellow men, by rendering myself worthy of their esteem.” What other people thought mattered to Lincoln. Speaking in New Haven in March 1860, Lincoln observed: “No policy that does not rest upon philosophical public opinion can be permanently maintained.” 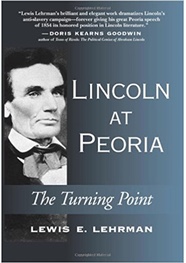 Churchill’s more erratic run through British politics had left a host of critics on the field. One Churchill aide observed: “Seldom can a Prime Minister have taken office with ‘the Establishment’, as it would now be called, so dubious of the choice and so prepared to find its doubts justified.” Not the choice of the ruling Tories, Churchill owed his selection as Prime Minister to the refusal of the Labour Party to back Neville Chamberlain in a coalition government. Chamberlain did retain the support and affection of most of the Conservative Party. “In a very real sense, [Churchill’s] political survival depended upon how he calculated the day-to-day politics of Westminster,” observed Churchill biographer Norman Rose. “Despite Churchill’s intimidating authority, he was subject to continuous criticism about his management of the war, not only its strategic aspects but also what seemed to be the creaking machinery of his government.”

Churchill “was undoubtedly inspired by Lincoln,” wrote military historian John Keegan. “Churchill, like Lincoln, had great difficulty in identifying and appreciating good military subordinates. He was hampered, however, by his preconceptions about war, of which Lincoln had none, and he enjoyed war, while Lincoln…detested it. Churchill, a hardened warrior who had himself shed blood, declined in his powers as a leader as his war progressed. Lincoln, the military innocent, grew in stature and competence until eventually he came to dominate the war as no other individual did.”

Lincoln may have had an advantage in his lack of military experience. With just a few marches through northwestern Illinois during the Blackhawk War of 1832, Lincoln had no ingrained ideas about military strategy or operations. Nearly three decades later, Lincoln’s challenge was not only to mobilize the Union Army virtually from scratch -- but to do so in a way that kept the border slave states of Kentucky, Maryland and Missouri in the Union.

There was no dividing line between political and military strategy and power. As historian T. Harry Williams observed, politicians “make it possible for the democratic system to function. The great politician may do more than make the system function. He may save it in a crisis or alter it to make it stronger or even, if he is disposed toward evil, destroy it. He has to have many attributes, but one he must have above all others. He must be ready to use power and to know when and how to use it.”

“Although it was not apparent, Abraham Lincoln was such a politician in 1860,” wrote Williams. “He was a man of great but unrealized ambition, a man of immense self-confidence, a man who was conscious that he possessed great inner powers of mind and character. A product of a society that was undergoing revolutionary change, he was capable in a given situation of acting like a revolutionary.”

War rallied citizens and legislators, but Lincoln and Churchill could not count on continuing support without achieving conspicuous victory in battle. Early in the Civil War and World War II, such victories proved elusive.

In both conflicts, Churchill and Lincoln had to navigate political minefields that threatened their hold on power. Lincoln’s control of Congress was made easier at the beginning of the Civil War by the resignation of most southern senators and congressmen, but Union sympathizers held widely divergent views which Lincoln needed to harmonize. Historian David M. Potter wrote: “Lincoln was thoroughly political in all his impulses, and his course of conduct constantly reflected his rejection of absolute goals and his concern for the contingent features that had to be weighed in calculating what was attainable.” Potter noted: “Lincoln never lost sight of the fact that he was fighting a war supported by an unstable coalition of conservative Unionists and radical antislavery men, and that if the coalition ever broken down, he would lose the war.”

Churchill’s own crisis came in February 1942 after the Japanese captured Singapore with its garrison of 130,000 troops soon after the sinking of two of Britain’s premier battleships. Churchill had not understood that Singapore’s defenses had been designed for an attack by sea, not by land. Nor had the former First Lord of the Admiralty truly understood that air power had become more important than sea power. Upon his return from a month-long trip to the United States, Churchill faced a parliamentary challenge which he easily dispatched, but dissatisfaction with him continued to grow.

As Prime Minister, Churchill was much more than the leader of a political party. He was the leader in 1940-1941 of the anti-Nazi coalition of free people. Mary Churchill wrote that her mother opposed Winston’s assumption of the leadership of the Conservative Party when Neville Chamberlain resigned a few weeks before his death in November 1940. “True to her custom, Clementine accepted her defeat without recriminations. But she never altered her opinion that this step was a mistake, and that it alienated much of the support which Winston derived from the working-classes. When about a year later she was invited to head the Red Cross Aid to Russia Fund, she accepted with alacrity, not only because of her wish to do something for the Russians, but also because she felt that in some way this might help to redress the balance.”

In accepting leadership of the Conservative Party, Churchill declared: “I have always faithfully served two public causes which I think stand supreme – the maintenance of the enduring greatness of Britain and her Empire and the historical continuity of our Island life.”