What Xi Jinping's Power Grab Is Really About

Andrew Meyer is a professor of history at Brooklyn College. He blogs at Madman of Chu, where this piece first appeared. 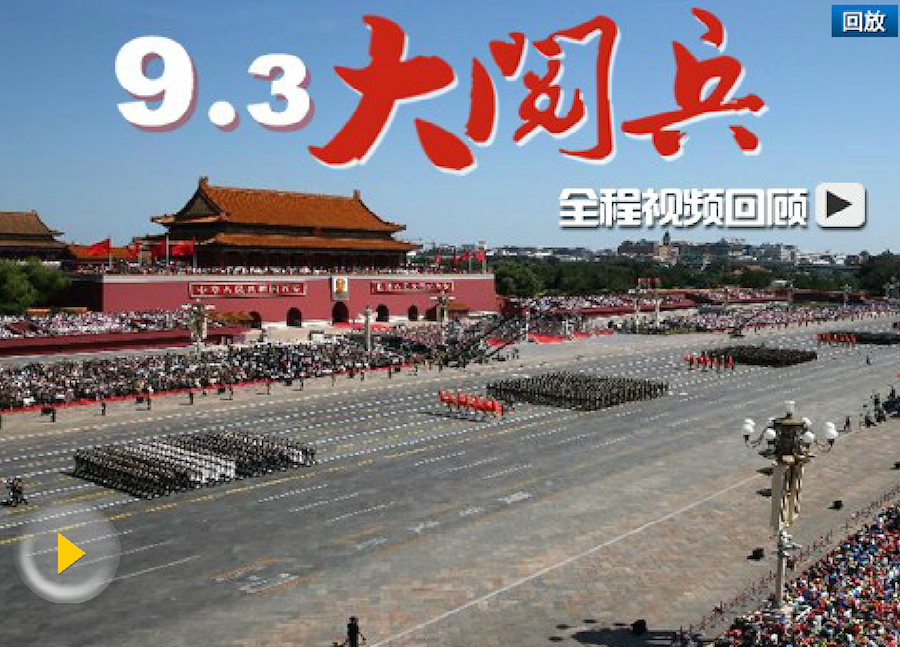 The news that the Chinese Communist Party proposed amending the PRC constitution to remove term limits for the office of president, making it possible for current President Xi Jinping to remain in power indefinitely, has predictably occasioned international concern and commentary. Here in the U.S., analysis has focused  mainly on the near-term implications for geopolitical power dynamics. Will this embolden Xi Jinping to deepen the PRC's aggressive posture in the South China Sea or the Taiwan Strait? Will relations with the Trump administration be further strained by this boost to Xi's power?

Such ruminations embody a deep-seated parochialism that inflects American thinking about China. Americans are animated by an abiding faith in "American exceptionalism," but less aware of the fact that the politics of other nations may be exceptional in unique ways. This problem is especially true with regard to China. Americans are prone to view the PRC as one of the 193 member nations of the UN, and its politics as mutually fungible with that of other "nations" such as Iraq, Iran, Russia, or Egypt. Thus the latest development with regard to Xi Jinping is easily understandable by reference to convenient analogues: Xi is the newest "strongman" in the mold of Abdel Fattah el-Sisi or Vladimir Putin.

But such comparisons are belied by any realistic accounting of China's unique situation. Even if we take the PRC's structuring as a "nation-state" at face value, the sheer geographic and demographic scale (1.3 billion people dispersed over 3.7 million square miles) on which that status is institutionalized make its internal dynamism incomparable to other similarly constituted polities. Moreover, there is real reason to treat the "national" character of the PRC as mitigated by many factors: its long and complex pre-national history, the hyper-multi-linguistic and multi-ethnic character of its populace, the fragmentation of its terrain. The PRC, as a system unto itself, is an extraordinarily complicated polity subject to the vagaries of an immense array of unique and intricately interrelated variables. When confronted with a phenomenon like the "elevation of Xi Jinping," we are best advised to ask what this might mean in terms of the particular internal workings of the PRC itself before assuming that this can be inferred by comparison to a modular analogue and moving on to questions of how it will affect the rest of the world.

In this latter regard, there are real reasons to doubt whether the current actions by the CCP are creating Xi Jinping as a "strongman" in the classic mold. Rescinding of term limits on the presidency is a step back from moves taken during the 1990's by Chinese leaders to "routinize" the chain of command at the top of the PRC political structure and to rationalize the system as a whole. These may be the product of a "cult of personality" forming around Xi Jinping himself. But even if that is true to some degree, these developments may also be a product of strains upon the PRC political system as a whole, and insecurities about the long-term stability of the regular structure that CCP leaders had been attempting to build. In other words, one reason that the CCP is removing term limits might be a fear that the system is too unstable to survive another transition (or too frequent transitions) of power at the top.

The American commentator whose work may be most relevant to understanding the current moment in Chinese politics is thus David Shambaugh. In a 2015 editorial in the Wall Street Journal, Shambaugh famously predicted "The Coming Chinese Crackup," declaring that, "The endgame of communist rule in China has begun, and Xi Jinping's ruthless measures are only bringing the country closer to a breaking point." The past weekend's events will no doubt be seized upon by Shambaugh's critics as a sign that he was wrong, since in that editorial Shambaugh speculated that Xi Jinping might be ousted in a coup. But while Shambaugh might have read the tea leaves wrong in that detail, the removal of term limits on the presidency does add empirical weight to the general argument that the PRC system is weakening and losing cohesion. As I have argued in other posts, American leaders would be well-advised to spend as much time worrying about the internal stability of the PRC as any proclivity it might express for external aggression. As destabilizing as it would be for the larger world if the PRC attempted to project force in Asia or abroad, the international effects would be equally deleterious (or worse) if the PRC deteriorated into internal disorder or violence. The latter contingency, I would argue, is the far likelier one. Leaders in the US and elsewhere should do what they can to circumvent it, and should prepare to respond by way of mitigating the harm (to both China and the world) if it should occur.

None of this is to imply that US leaders should be overly tolerant of aggression or complacent about the persistence of one-party (or one-man rule) in the PRC.  One-party rule is at the root cause of instability, and foreign aggression by the PRC is one of its detrimental symptoms. But all policy toward China on the part of the US and its allies should be formulated with a sensitivity to the domestic drivers of Chinese foreign affairs. Expansionist provocations in the South China Sea, for example, are in large part undertaken for the media consumption of Chinese citizens, as an appeal to the nationalistic passions that are among the last intrinsic interests of the Chinese people that the Party is systemically competent to serve. Over-strident responses to such provocations on the part of the US or its allies only serve the Party's underlying motives and strengthen its hand. European and American leaders would be well advised to worry less about the PRC's building platforms in the ocean and more about the prospect of rising instability in China itself, as such instability will only exacerbate Chinese aggressiveness and place whatever strategic interests are genuinely at stake in places like the South China Sea in further jeopardy.

There are, of course, limited things that the US can do to foster stability in the PRC or encourage it to move away from one-party rule. Avoiding trade war is one of them, as economic distress will only hasten any decay of the PRC system. Getting America's own house in order is another crucial measure. Dysfunction and entropy in the US strengthens the opponents of necessary reform in China. The worst thing that American leaders can do is to make participatory democracy look like a poor alternative by comparison to oligarchy and dictatorship.