Jack Kelly is the author of Heaven’s Ditch: God, Gold, and Murder on the Erie Canal (St. Martin’s Press), a lively account of the canal and the many excitement generated along its banks. 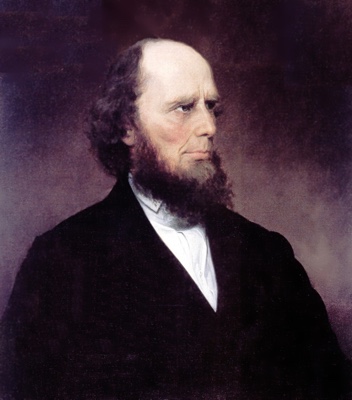 Billy Graham’s story really began during the icy winter of 1830. A preacher named Charles Grandison Finney had been summoned by the pious people of Rochester, New York, to bring some respectability to the rowdy, Wild West frontier town that had sprung up on the Erie Canal. 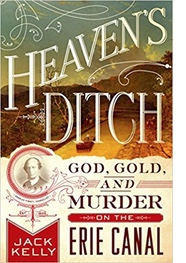 In the early 1800s American churches were cautiously edging away from the most severe of the Calvinist precepts. Puritans had long pushed the notion that humans were utterly depraved and predestined for heaven or hell regardless of their good works. Erudite clergymen, decorous services and yawn-inducing preaching were standard fare. Finney took on this dour orthodoxy and turned it into a dynamic, optimistic and decidedly American faith.

The Constitution’s prohibition on federal support for the “establishment” —taxpayer funding—of religion opened a vibrant new “market” in religious faith. As the nineteenth century began, itinerant Methodist preachers began to range along the frontier, offering pioneers and country people a more hopeful spirituality based on an “inner light.” The camp meetings they and others organized featured hell-and-brimstone preaching and wild manifestations of spirit. Attendees groaned, trembled, shouted out loud and fell on all fours to bark Satan up a tree. Such antics were scorned by clerics in established congregations.

Finney had grown up on the frontier to become a lawyer and a religious skeptic. But having embraced Christ in a spasm of emotion, he dropped the law, took a quick course in theology, and learned his craft preaching to snowbound Christians in the western Adirondack Mountains of New York. He brought what he called his “new methods” to the bustling Erie Canal corridor in the 1820s. He was to be the man who made intense religious enthusiasm respectable in America.

Finney encountered fierce opposition from the conservative preachers of New England. They said he was degrading Christianity, turning the faithful into fanatics. Those who came to Jesus in burst of enthusiasm, they said, could turn away just as quickly. Finney answered that souls were descending into Hell while the Church sat passively by. Action was needed, not just piety. That winter in Rochester, he proved his case.

Finney was a master at manufacturing social pressure to accept the Lord. He targeted rich and influential citizens first. Their conversions made religion fashionable. He encouraged family members to twist the arms of loved ones who were in danger of damnation.

The key was to get the sinner to act. Stand up, Finney would insist. He reserved a pew in front for those who felt the urge. Seated on this “anxious bench,” potential converts agonized while their fellow worshipers prayed them toward conversion

Billy Graham used exactly the same technique. He termed it an “altar call.” He too made an effort to attract the influential.

Rather than delve into the nuances of theology, Finney pointed his finger and called congregants sinners to their faces. He spoke of Hell as a real and terrifying danger. He pleaded with believers to take the steps needed to get right with the Lord. Graham followed him in every detail, delivering sermons reeking of brimstone.

A revival, Finney taught, was something that an evangelist could engineer, not a boon he had to wait for. He preached in Rochester churches daily for six months. He organized prayer and inquiry meetings. He trudged from house to house, identifying and encouraging converts. Graham’s career was likewise marked by Herculean efforts through the more than four hundred “crusades” he organized over half a century.

Billy Graham, like generations of evangelists, absorbed the lessons of Finney’s Lectures on Revivals of Religion. He kicked off his own career with a revival in Los Angeles reminiscent of Finney’s in Rochester. During the summer of 1949, Graham sweated and prayed and cajoled. Scheduled for three weeks, the meetings went on for two months. He did everything in his power to make religion the talk of the town. He succeeded in converting three thousand souls and never looked back.

Both Graham and Finney projected utter sincerity and an intense sense of urgency. “Never was a man whose soul looked out through his face as his did,” a follower said of Finney. Graham too was blessed with a penetrating gaze and a face that radiated earnest conviction.

Both men, while spreading God’s Word, found themselves drawn into politics. Finney was inveigled in campaigns for temperance and Sabbath-keeping. He supported the abolition of slavery long before it became a popular cause in the North. Graham was seduced by the anti-communism of his own day, and developed a close association with the presidency of Richard Nixon.

“Few men,” Graham wrote, “have had such a profound impact on their generation as Charles Grandison Finney. Through his Spirit-filled evangelistic ministry, uncounted thousands came to know Christ, resulting in one of the greatest periods of revival in the history of America.”

Graham’s period was more secular, his impact less profound. But like his distant mentor, he drew Americans to Christ by the countless thousands. In the process, for better or worse, he kept alive the flame of evangelical Christianity that Charles Finney had lit in another century.