How Long Has the NRA Been Fighting Gun Control?

Patrick J. Charles is the author of Armed in America: A History of Gun Rights from Colonial Militias to Concealed Carry (Prometheus Books, 2010).

There is a common misconception among historians, academics, and the general public that the gun rights movement was born out of the turbulent 1970s, and gained momentum following the Cincinnati Revolt at the National Rifle Association’s 1977 Annual Convention, when the NRA’s membership replaced the organization’s existing officers with those who were staunch opponents of gun control. While there is no disputing that the Cincinnati Revolt was a turning point in the political rise of the gun rights movement during the late twentieth-century, the truth of the matter is that the movement was born a half-century earlier. 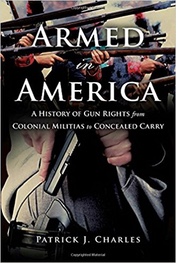 The gun rights movement initially began as a response to the enactment of New York’s Sullivan Law. Passed in 1911 by an overwhelming majority of lawmakers in the New York Senate (46 out of 51) and the New York Assembly (148 out of 150), the Sullivan Law was unique in that it was one of the first laws that required a person to obtain a government approved permit or license before being able to purchase a handgun.

Fearing the spread of similar laws across the United States, a little known shooting organization, the United States Revolver Association (USRA), and the editors of sporting, hunting, and shooting magazines joined forces to condemn the Sullivan Law in every way imaginable. They condemned the Sullivan Law as being “anti-American,” a “disgrace and shame to a liberty loving nation,” “harmful to the interests of the community,” and “repulsive to the average thinking citizen.” Some went so far to characterize anyone who supported the Sullivan Law as a “traitor to the country,” or speculated that the growth of firearms regulations was part of a sinister foreign scheme to disarm the United States.

The political efforts of this early movement were successful in combatting the spread of the Sullivan Law as well as other restrictive firearms measures deemed detrimental to the law-abiding gun owner. It was a success largely due to the USRA’s decision to work for firearms legislation at the state level.

The USRA’s firearms legislation was heralded by newspapers, lawmakers, and firearms control proponents alike. It was here, at this juncture, that the NRA entered the political fray. Initially, the NRA worked closely with the USRA in advancing the political objectives of the gun rights movement. However, in 1932, after New York Governor Franklin D. Roosevelt vetoed the NRA and USRA’s attempt to repeal and replace the Sullivan Law, the NRA commandeered the gun rights movement as its very own.

In the years that followed the NRA worked diligently to stave off restrictive firearms legislation. Within the pages of the NRA’s flagship publication were recruitment advertisements, with headlines such as “More People Mean More Power,” and “WANTED—Another 50,000 Sportsmen.” The advertisements warned sportsmen, hunters, and gun owners that their membership in the NRA was necessary to stop the “attempted dictation of anti-gun cranks and pacifists who are ‘out to outlaw firearms.’ ”

Almost immediately the NRA’s efforts bore political fruit. Within just a year, at a time when Roosevelt, now president, was pushing for comprehensive federal firearms legislation, the NRA was able to flood Congress with letters and telegrams in opposition. In doing so, the NRA received a seat at the legislative table, and as a result was able to influence the legal language of what would become the 1934 National Firearms Act (NFA) and the 1938 Federal Firearms Act (FFA), respectively.

The NRA’s role in influencing the passage of the NFA and the FFA served the organization well in the decades that followed. Despite maintaining a policy of opposing most firearms controls as being “bad” and “unreasonable,” the NRA was able to tout itself to lawmakers as a supporter of reasonable firearms controls, and therefore able to effectively influence firearms legislation at all levels of government with little to no political opposition.

Things would come to a head, however, after the assassination of President John F. Kennedy, when investigative journalists began reporting on the NRA’s legislative tactics. It was then that the general public’s perception of the NRA being the “gun lobby” became prevalent, and would forever be attached to the organization. It is the NRA we largely know today.