Stephanie Hinnershitz is an assistant professor in the Department of History at Cleveland State University and is currently on fellowship at the United States Military Academy at West Point. She specializes in Asian American and immigration history during the twentieth century and her most recent book, A Different Shade of Justice: Asian American Civil Rights in the South, was published by UNC Press in 2017. Her views do not represent those of her employer. 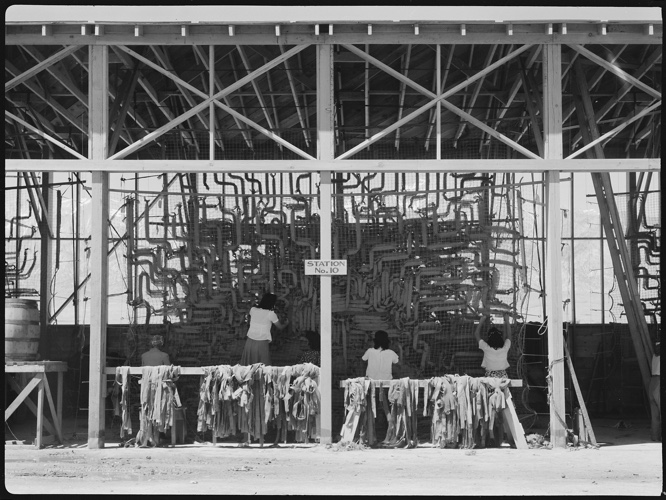 A special exhibit on President Franklin D. Roosevelt’s Executive Order 9066 issued on February 19, 1942, which forcibly removed and incarcerated 120,000 individuals of Japanese descent (approximately 70,000 were American citizens) from the West Coast, once greeted visitors to the FDR Library in Hyde Park. “Images of Internment: The Incarceration of Japanese Americans During World War II” was a collection of photographs by Dorothea Lange and Ansel Adams that captured the daily lives of Japanese Americans held in “relocation centers” (or prisons essentially). Commissioned by the War Relocation Authority (WRA), the federal agency that oversaw the process of incarceration, the collection of photos invited the public to see the juxtaposition of the wrongful mass imprisonment of people with the President’s declaration of the Four Freedoms: Freedom of Speech, Freedom of Worship, Freedom from Want, and Freedom from Fear. The smiling faces of Japanese American adolescents engaging in sports intermingled with the drawn faces of adults whose gazes merely hinted at the anguish they experienced behind barbed-wire fences in various, desolate locations across the United States. More importantly, however, many of the photographs revealed a daily component of the lives of Japanese Americans: work. 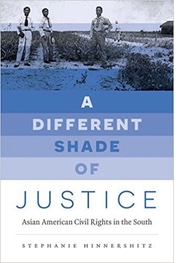 When many imagine the home front in America during WWII they conjure images of Rosie the Riveter, victory gardens, and propaganda encouraging Americans to buy war bonds, but few consider incarcerated Japanese Americans as part of the war effort. In the early planning phase of internment, before FDR issued EO 9066, the federal government chose the sites for the relocation centers based on proximity to potential work projects. Lieutenant General John L. DeWitt as well as other military and government officials argued that work was a way to not only provide opportunities to engage Japanese Americans and prevent disillusionment and disloyalty, but also to meet the severe labor shortage in the agricultural industry (primarily in harvesting crops) and further completion of infrastructure programs such as irrigation systems in the southwest.

The War Relocation Authority even used Japanese Americans to finalize construction of the relocation centers as many were hastily established and thrown together without completed barracks to serve as temporary and crude homes for their inhabitants and lacking proper sewage systems. Amid the braceros who migrated from Mexico to work in agriculture and the women who left their homes to work in munitions plants, Japanese Americans were part of the complex labor system that fueled the war effort.

But Japanese Americans faced different challenges as their service in the war effort more resembled forced labor. Take for instance the camouflage netting which thousands of Japanese Americans produced during the war from their detention centers (assembly centers) and prison work camps. Camouflage netting was a crucial wartime material needed by multiple branches of the military, but required skilled workers to hand-weave the treated nylon into large nets. Few munitions plants were interested in such time-consuming work when there were more profits to be made in the production of wartime machinery. The Wartime Civil Control Administration (the branch of the Western Defense Command of the Army responsible for removing and detaining Japanese Americans in the detention centers) and private contractors soon realized that there were labor opportunities to be had among Japanese Americans.

Contractors (overseen by the United States Army Corps of Engineers) established factories inside the Santa Anita detention center located outside of Los Angeles and the Manzanar work camp located in eastern California in May of 1942. Wages were tiered: Those who boxed the nets (primarily Japanese nationals who could not make the nets as it was a violation of the Geneva Convention of 1929) earned $8 a month, while the more skilled weavers earned $12 and $18 dollars a month (with a portion of their pay held for the upkeep and maintenance of the work camps).

Although enlistment in the factory was voluntary, Japanese Americans often reported feeling coerced into positions by foremen and detention center administrators who argued that they could prove their loyalty to their country and its war effort through their labor. And while they were guaranteed pay for their efforts, many at Santa Anita often went weeks without receiving a paycheck due to administrative disorganization. Regardless, by early June of 1942, over 1,000 Japanese Americans and nationals at Santa Anita worked in the factory, turning profits for both the contractor as well as the federal government, which saved on the costs of incarceration.

Operations did not remain smooth, however, as Japanese Americans grew wary of the low pay and work conditions in the net factory. The chemicals used to treat the netting often left blisters and sores on the hands of the weavers while many reported to the infirmary for the treatment of chronic coughs as they were only provided masks made of bandages to prevent the inhalation of fibers. Workers also protested their low pay and the requirement that a portion of it was deducted to cover their own imprisonment.

Rosie the Riveter made on average $31.21 a week, much more when compared to the $18 a month earned by the skilled weavers at Santa Anita. Discontent with the net factory prompted most Japanese Americans to walk off their job on June 16, 1942. Although most workers returned to the factory within two days and few of their demands (including shorter work hours, access to proper medical treatment, and $41 a month for their labor) were met, the strike raised concern among the administrators of the center and the War Relocation Authority more generally and forced them to confront the challenges of using prison labor to meet demands.

The government and private employers continued to use Japanese Americans for various projects throughout the war. By 1943, the voluntary nature of working on various projects (be they public or private) became less so as “able-bodied” men could be monetarily penalized for not signing up for the work corps once settled in one of the work camps. The images of incarcerated Japanese Americans farming, building, and otherwise toiling that were displayed in the FDR Library have been gone since December of 2017. When the exhibit left, so too did the visual representation of Japanese Americans as part of the war effort. It remains the task of historians and the public to remember as we approach the anniversary of EO 9066 this month that exploitation and mass incarceration were also part of the home front during WWII.