6 Myths About the CIA

John Pradosis a senior fellow of the National Security Archive in Washington, DC. His current book is The Ghosts of Langley: Into the CIA’s Heart of Darkness .You can read more at his website johnprados.com. 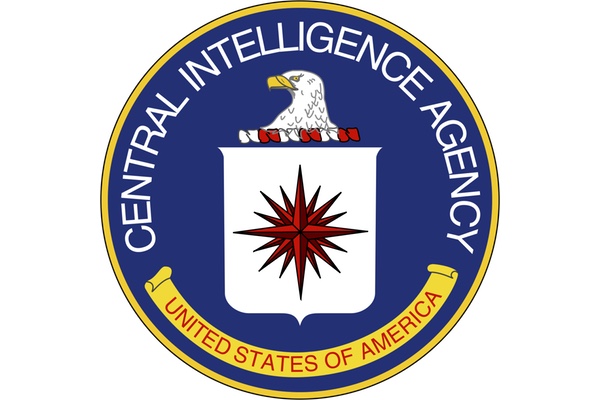 President Donald J. Trump views as “political hacks” a group of formerdirectors of intelligence agencies. He hastened to reassure Americans, saying he is satisfied with the agencies under the chiefs he appointed. That not-quite-enthusiastic endorsement opens the door to revisit classic claims made about the 70-year old Central Intelligence Agency (CIA). Many have been repeated so often as to acquire unwarranted credence. Some of these claims are misleading, some are misdirected, some are outright wrong. Here’s why. 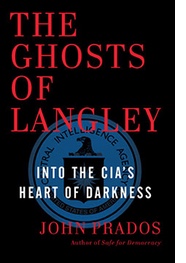 CIA directors have been disclaiming any policy role since the agency’s earliest days, when Allen Dulles used the word “myth” and termed assertions of a policy role the most harmful assertion made about the agency. Current CIA director Mike Pompeo told an audience last spring he could “leave to others some of the challenging questions about the details around policy.” But in the same talk, at the Center for Strategic and International Studies on April 13, 2017, Pompeo mentioned operational proposals he had made to President Trump for action in Central America. In the summer and fall of 2017 the CIA proposed to expand its operational role in Iraq and Afghanistan, and Trump approved these bids. The agency may not have had the power to approve the proposals but it certainly participated in making policy.

In July 1975, during his committee’s investigation of U.S. intelligence agencies, Senator Frank Church (D-ID) called the CIA a “rogue elephant,” referring to an agency beyond control. Citizens and agency people have been debating the rogue elephant charge ever since. While this seems the opposite of assertions the agency cannot approve operations, both are sometimes true, sometimes false. In the Iran-Contra Affair of the 1980s, agency director Bill Casey undertook a vest-pocket covert operation that had been expressly prohibited by law. In the CIA’s hacking of Congress during the Senate intelligence committee’s investigation of the agency’s detention and interrogation program, there have been no claims this was approved by higher authority.

3. The CIA has Rebutted the Senate Torture Report

As CIA Director George Tenet put it in the introduction to a published version of the agency’s response document to the Senate torture report, the Senate Intelligence Committee’s majority report “failed to seek the truth or honestly portray events.” That argument turns on a razor’s edge interpretation of time. Documentary records in addition to the Senate report show that Director Tenet himself halted the rendition and interrogation program at least twice, seeking more explicit White House approval during the 2002-2003 timeframe and trying to regularize training and procedures involved. The Senate report demonstrates that at great length. The CIA’s rebuttal was covered by a letter from then-director John Brennan, which explicitly admitted to “initial lapses” that resulted from “a failure of management at multiple levels.” The agency’s own inspector general, reporting on the program in 2004, affirmed many of the Senate investigation’s points. By that time the agency had already begun winding down its strong-arm practices, even considering how to surface the project. It is a myth that the CIA successfully rebutted the investigation’s conclusions.

4. Following traumatic times early this century the agency has turned back toward its traditional mission of espionage

At his 2011 confirmation hearing for CIA director, General David Petraeus touted the “unique role [the CIA has] to play as the human intelligence collector.” Similarly, two years later at his own nomination, John Brennan insisted the CIA’s “core responsibility” is to deliver the best possible strategic intelligence. Brennan saw that as the agency’s primary mission, to which he would devote the bulk of its resources. Almost every CIA director extolls the importance of the espionage task, but spy chieftains since 9/11 have consistently failed to turn the agency away from the militarized path it now follows in the war on terror. Terrorist networks are wound so tightly—and resist use of high-tech communications the CIA can monitor—making paramilitary operations and drone strikes much easier than espionage.

5. Politicization is the biggest problem with intelligence reporting today

Much like claims about the CIA and policy, fears of politicization have been around for decades—and they are real. Langley warns new recruits of politicization when training, and fights over the political are legion. The myth is that this is the foremost problem today. For one thing, Donald Trump is a president who holds few specific views on substantive issues. It is a reach to see the White House as angling for cherry-picked intelligence. If politicization is at the level of the CIA, and/or its director, that goes to the question of the agency making policy. Mr. Trump’s accusations against “political hacks,” and the Russian influence-peddling dispute over the 2016 election actually illustrate the lack of traction for intel viewed as politicized in any way.

The biggest problem today is different—it is what the pros call “actionable intelligence.” This is the information that permits the CIA to target enemies in real time. Organization of the CIA into action-oriented “mission centers” fuels this drive. Actionable intelligence is precisely what led to rendition, detention, and interrogation. The drones demand this data in enormous quantities. Without it they are limited to blind, so-called “signature strikes.” The danger is that the drive for actionable intelligence, in a climate where espionage is ineffective, will lead back to the morass of detention and interrogation.

6. The public learns only of CIA’s failures, not its successes

At the cornerstone laying for the CIA’s Langley headquarters building, as far back as 1959, President Dwight D. Eisenhower said of the men and women of intelligence, “Success cannot be advertised; failure cannot be explained.” That attitude, often articulated, is frequently elastic. As early as 1954, after what then seemed CIA successes in Iran and Guatemala, Allen Dulles himself leaked details of the covert ops to reporters for the Saturday Evening Post. Starting in the 1990s the agency, in a bid to improve its standing with the American people, held conferences and released details of a variety of formerly top secret reports, technologies, and missions. In the war on terror CIA chiefs—Indians too—asserted in their rebuttals to Senate investigators that torture had worked. It had been successful. These claims were not accurate, but the point is that CIA officers believed they were telling the public of agency successes.