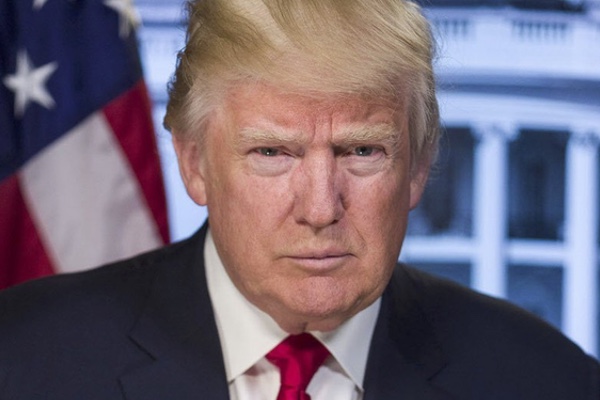 Related Link You May Not Like What Donald Trump Tweets, but He’s Got a long List of Accomplishments By David Churchman

As this author starts to write this op-ed article, it is the 105th anniversary of the birth of President Richard Nixon, who, despite many virtues in both domestic and foreign policy, is still remembered as the most lawless and dangerous President in American history.

But President Donald Trump has way surpassed Richard Nixon in evil deeds, and in the danger he presents to democracy, to more than a century of domestic reform, and to America’s standing in a dangerous world where nuclear war could break out due to recklessness, narcissism, and pure ignorance of the mechanics of diplomacy.

Donald Trump has been a nightmare, and as the Robert Mueller investigation moves forward, the nation is endangered by the unpredictability of the 45th President, and the refusal of his party to face its responsibility to the nation at large. We are in a constitutional and foreign policy crisis far greater than even Richard Nixon presented us 45 years ago. The most unpopular President in his first year in office since public opinion polls began 80 years ago, Donald Trump, the popular vote loser by a massive margin of nearly 3 million votes, governs outside of the party structure much of the time, and displays clear authoritarian leanings that endanger all Americans and their basic freedoms and national security. That includes the one third of the nation which adores him.

To try to summarize the damage Donald Trump has done cannot easily be accomplished in one essay, but as best as this author can do, here is an attempt, with the understanding that so much that is detrimental has occurred that even seasoned journalists have trouble keeping up with it all.

Donald Trump has undermined the judicial branch with his attacks on federal judges and his selection of incompetent and unqualified nominees for lifetime positions on the district and circuit courts. The news that Trump considered withdrawing the nomination of Supreme Court Justice Neil Gorsuch after it was reported that Gorsuch made a mildly critical statement about Trump’s disrespect for judges is definitive proof that Trump will brook no criticism from anyone. (In Gorsuch’s place Trump wanted Rudy Giuliani; the former New York City mayor, however, wasn’t acceptable to the rightwing because of his pro-choice views and his age.)

Donald Trump has assaulted the Bill of Rights and is a threat to the civil liberties and civil rights of African Americans, Latino Americans, Native Americans, women, gay and transgender Americans, and to members of the news media who dare to investigate and question his white supremacist, nativist, racist, and misogynistic utterances and policies. Calling the free press “the enemy of the American people” puts him in league with dictators and authoritarians in nations like Russia, China, Turkey, Egypt, and the Philippines and in the tradition of such past regimes as Nazi Germany, Fascist Italy, and the Soviet Union.

Donald Trump has pursued policies that threaten and undermine domestic reforms from the time of Theodore Roosevelt onward by Presidents of both major political parties, threatening the foundations of the social safety network – from Social Security to Medicare and Medicaid. He has also undermined the government regulation of industry and big business and retreated from the oversight of key problems involving the environment, consumer safety, labor protections, health care, and science and education. The ultimate long term result, if not stymied, could be a return to the 1920s laissez faire philosophy, and even back to the Gilded Age mentality of the “Robber Barons” of the late 19th century, leading ultimately to the undermining of the social contract that underlies American stability.

Donald Trump has presented us with the most corrupt and incompetent Presidential team of advisers and cabinet members we have ever seen, already apparent after just one year. The shortcomings of the advisers and cabinet officers around Ulysses S. Grant, Warren G. Harding, and even Richard Nixon pale in comparison. There is no sense of ethics or commitment to the betterment of the American people, but instead a mean spiritedness and total lack of concern or interest in the harm being visited by the Trump Presidency on immigrants, women, racial minorities, the disabled, the elderly, and the sick. There is little evidence of compassion for the millions of ordinary people. Trump and the GOP seem mainly concerned with helping the top one percent. (See provisions of the just-passed “tax reform” bill.)

To top it off, we have never seen a Presidential family have such a direct impact on the administration as we are now witnessing with Donald Jr., the President’s oldest son; Ivanka, his oldest daughter; and Jared Kushner, his son-in-law; all are in danger of facing criminal indictment. They have caused an uproar with their actions and failure to understand the tumult that they have brought to the White House staff, with their involvement with Russian connections during the Presidential campaign of 2016 and in the Trump White House this past year. It looks to many like a family dynasty in the making. It is clear that the family’s deleterious effect has helped lead to massive resignations or dismissals in the first year of the Trump Presidency, setting an all time record for chaos and turmoil.

Donald Trump has so upended foreign policy and international relations that the entire civilized world is in a state of shock over his interactions with dictators who flatter him and manipulate him. His continued refusal to see shortcomings in Vladimir Putin of Russia, as well as his endorsement of the dictators of Turkey, Egypt, and the Philippines, has puzzled our friends in the world.

Trump has declared war on the diplomatic community, the national security apparatus, and the intelligence agencies that are out to protect American national security. But he has also raised the ante on nuclear war with his reckless threats and taunts against North Korean leader Kim Jong Un. Any day now it seems he may abrogate unilaterally the Iran Nuclear Deal. He has also unnecessarily antagonized a nuclear power, Pakistan, which has had major issues with terrorists in its midst. And on top of all that there was his decision to recognize Jerusalem as the capital of Israel, which was repudiated by a vote in the United Nations.

But it is not just Trump’s relations with dangerous nations that are at stake, but also our long time alliances with friendly nations that now lie in tatters. The United Kingdom, France, Germany, Japan, Canada, Australia and South Korea are endangered, as those nations now know the US is not the leader of the free world, and is in process of promoting nationalism and isolationism, refusing to keep trade agreements and to participate in global warming agreements that affect the future of the entire planet. His support for a wall with Mexico has undermined our relationship with our southern neighbor, a dangerous move in an unsettled world.

What Trump has done to the image of America in the world and at home is tragic. His narcissism, constant insults and ridicule of critics; ignorance of facts of science and history; obnoxious behavior on a regular basis at public appearances and on Twitter; lack of shame of his public displays and reported private behavior in sexual matters involving women; his incessant lying with an average of five provably false statements per day; his lack of humility and willingness to admit mistakes and shortcomings; his constant need for reassurance as to how great and “Presidential” he is – all undermine the concept that young Americans, both boys and girls, should look to him as a model of what they wish to be when they grow up. It is clear that he is a very insecure, immature, and mentally disturbed President who has shamed America and caused massive health issues and stress for millions, who are shocked by his constant misbehavior, and the failure to see the damage he is doing to the American sense of morality, ethics, and scruples.

This brief summary of the damage wrought by Donald Trump in just one year is a warning of the future if the 45th President is not somehow removed from office in 2018. Accusations of Russian collusion, obstruction of justice, abuse of power, money laundering, and the violation of the Emoluments Clause in the US Constitution are being investigated. One has to have faith that decency, common sense, and righteousness will ultimately triumph.

Sadly, it now seems clear that the Republican majority in the House of Representatives will not have the courage to turn against Trump as long as he is willing to sign the rightwing bills they put in front of him. It also seems unlikely that Vice President Mike Pence and the Trump Cabinet will be ready to take action to remove Trump under the terms of the 25th Amendment. One has to hope that Trump will never reach the stage where he will decide to unleash nuclear war on the Korean peninsula, with the potential to kill millions of people in North Korea, South Korea, and Japan, as well as American troops and American residents in that area of the world.

If Trump’s children and son-in-law were to be indicted, we can hope that Trump would resign, perhaps as part of a deal to save them from prosecution. If that is not the case, and if Trump ends up not caring enough about his own family to resign the Presidency, then America is in much greater danger than we have ever imagined, and Trump will be revealed as much more evil than even his worst critics, including this author, could ever have conceived.