The Historian Who Denies Climate Change? Not so Fast. 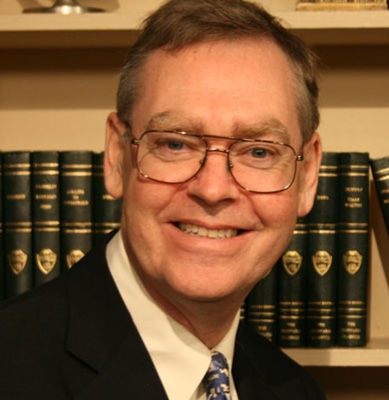 “Denier!” It has become the epithet of choice among climate change activists to malign those who dissent from the prevailing consensus Patrick Allitt, author of A Climate of Crisis: America in the Age of Environmentalism. The term, inherently political, is almost exclusively limited to two groups of people: Holocaust deniers and climate change skeptics. When used against the latter group, the implication is that questioning the accuracy of a scientific study is like questioning the historical reality that Nazis murdered 6 million Jews. Is the position of a climate change skeptic as meritless as someone who denies a well-documented genocide? 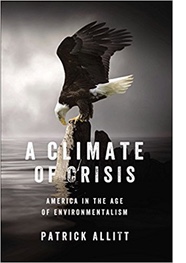 Patrick Allitt, a professor of environmental history at Emory University, is of the position that the response to climate change has been disproportionate to the scope of the problem. Is he a denier, as his detractors would suggest? No, Allitt insists. He says he believes in the overwhelming array of evidence that shows that the climate is changing and that this has serious implications. Where Allitt departs from the herd is that he does not believe climate change is catastrophic; rather, he believes that the benefits of industrialization outweigh the perceived harms of climate change.

In A Climate of Crisis Professor Allitt explores the history of American environmentalism since World War II and highlights the progress that the United States has made in solving its environmental issues. As Allitt explains, the “United States is far less severely polluted than it used to be, it uses energy more effectively, and it is actively responding to the new environmental challenges as they arise.” However, according to Allitt, this progress has been attached to a culture of alarmism within in the environmental movement where the problems are amplified and the solutions are simplified.

Allitt argues that the history of American environmentalism is filled with repeated alarms that later turned out to be false. In the 1960s there was a great alarm that overpopulation would lead to mass famine and death for millions in the developed world, a false alarm according to Allitt. In the 1970s warnings about the exhaustion of oil and other raw materials were echoed by scores of environmentalists, with the claim that by 2000 we would run out of vital resources, which Allitt cites as yet another false alarm. Allitt argues that both of these cases, much like climate change today, were described in catastrophic rhetoric, which was disproportionate to the severity of the issue.

What could be behind this phenomenon? Allitt believes it is all about votes, noting that “in a democracy it’s important to motivate voters, and using crisis rhetoric is a good way of doing it.” As a historian, Allitt believes it is important to look beyond the rhetoric and to recover a sense of balance and perspective. Unlike the environmental causes of the past, Allitt contends that the hysteria and overreaction characterize our response to climate change and that this can have unintended consequences which may end up burdening the potential victims of climate change, future generations. Climate change, as Allitt explains, is unique in that it has no immediate constituency and the beneficiaries of climate change abatement are not easily identified. As such, Allitt is reluctant to commit large resources to the solution of long-term problems, which may or may not benefit a generation that does not yet exist. At a time when hundreds of thousands of people still die prematurely because of remediable problems like contaminated drinking water and smoke inhalation, Allitt argues that governments’ commitment of vast resources to the issue of climate change is misplaced.

With all that said, Allitt is adamant that he believes climate change is a serious, yet manageable issue that should be addressed. According to Allitt, we are less vulnerable to the impacts of climate change because “we are so much more knowledgeable than we were before and have so many more ways to respond.”

How should we respond to climate change? Allitt suggests that we should carry on with research connected with reducing greenhouse gas emissions without sacrificing economic growth in the process. Why is economic growth such a central concern? Allitt argues, “the creation of wealth enables societies to respond to severe environmental challenges and that only wealthy societies have active environmental movements.” Industrialization is, as Allitt puts it, “the source of salvation to populations throughout the world” and the benefits of it needed to be weighed against its adverse impacts on the environment.

Our understanding of climate change has been shaped, in large part, within the last half of the century with studies and experiments from a range of scientific disciplines including meteorology, astronomy, oceanography, and paleo-climatology. As such, Allitt believes that looking at climate change as matter of settled science is actually ahistorical. Allitt explains that science is “constantly developing and changing, with each new generation of scientists contesting the findings of their predecessors, and occasionally starting over by subjecting familiar data to new interpretive paradigms.”

Back in 1500, the idea that the earth was the center of the universe was also “settled science.” Additionally, Allitt points to the early 1900s when the racial superiority of Anglo-Saxons was settled science,but later generations of scientists challenged that orthodoxy and, eventually rejected it outright. The history of every science shows the same kind of process. Given the dynamism of science, Allitt argues that it would be “extraordinarily anomalous if climate scientists said to one another: All these issues are now settled, and there’s nothing more to be done.”

Putting aside his criticisms of the environmental movement, Allitt openly acknowledges many of the movement’s successes. Specifically, Allitt thinks that environmental movement has demonstrated that as industrial societies get wealthier, they can turn their attention to remediating the harm done by earlier phases of industrialization. Moreover, Allitt explains that the movement has shown that “it’s possible to live with stringent regulations without strangling economic growth” and that such regulation can be passed on a bipartisan basis as it was from 1965-1975 during which Republican President Richard Nixon created the EPA. Whether the bipartisanship of the past can be rekindled in the interest of addressing climate change remains to be seen given the highly polarized state of our politics at present.