You Haven’t Heard of OBOR? You Should. 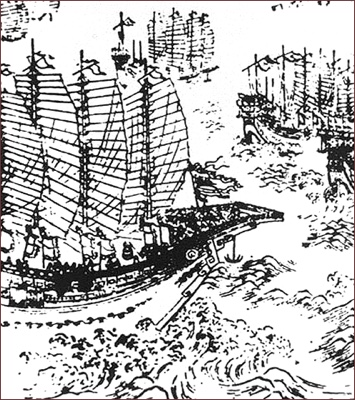 The One Belt, One Road (OBOR) initiative is not China’s first attempt at global outreach. Before Columbus and his three ships discovered what would become the Americas, China had the greatest seagoing fleet in the world, up to 3,500 ships at its peak. The US navy has 430 vessels in its fleet. In the 15th century Chinese shipyards were building vessels five times the size of those being built in Europe.

But by 1525 the Treasure Fleet had been destroyed. In one of those fascinating “what if” moments in history the fleet was burned or left for scrap. Voyages to the unknown were halted. China was on the cusp of circumnavigating the globe decades before the Europeans. At a pivotal time, the Ming Dynasty lost its nerve, culminating in a period of decline that resulted in national humiliation in the 19th and 20th centuries.

To use the vernacular, China in the 1400s was a superpower. The Treasure Fleet was vast with some vessels up to 120 meters long. (Christopher Columbus's Santa Maria was 19 meters long.) A Chinese ship was the apogee of design with several decks, up to nine masts, twelve sails, and luxurious staterooms.

Under the command of the eunuch admiral Zheng He, the Chinese were routinely sailing to Africa and back decades before Columbus was even born. Yet they did not go on to conquer the world. Instead, the Chinese decided to destroy their boats and stop sailing West.  A land war with the Mongols was one reason. The cost of maintaining the fleet was prohibitive. But another reason may have been the imperial court was suspicious of mercantile success. A newly rich class of global traders were increasingly demanding concessions from the imperial court and were prospering beyond the pale of court patronage. For the first time, roughly since Columbus discovered America, China is again reaching out to the world, not with a fleet but through OBOR.

Considering its scale, potential and the number of people whose lives will be affected, OBOR is an acronym that is surprisingly little used.

If you are reading this, the chances are OBOR is coming to an area near you or will at least play a role in your working life.

Like the Treasure Fleet, it is impressive. The countries it plans to include comprise 55 percent of global gross national product, 70 percent of the world’s population, and 75 percent of known energy reserves. The initiative is funded with $100 billion from the Asia Infrastructure Investment Bank and $40 billion from the Silk Road Fund, both Beijing backed.

The belt and road are different.

So far, and the list is growing. Over 60 countries have expressed an interest in participating in OBOR.

Timing is important. With the West in relative decline, and certainly not interested in mega-development projects, OBOR is filling a vacuum and demonstrates China’s intention to offer “goods’’ to the world. Altruism it is not but practical it is, with China flexing its economic muscles and winning greater political and geostrategic clout. OBOR also provides an outlet for excess manufacturing capacity.

Beijing realizes the problems its faces. Many participating countries are under-developed for a reason, such as poor infrastructure, weak governance and an untrained labor force.

Geographic and weather conditions can be harsh and scattered populations make it difficult to get economic momentum. Arable land in many OBOR countries is scarce, and an area of permafrost between Europe and Siberia where China plans to establish railway and telecom facilities to achieve connectivity will challenge the most determined engineers. Political ramifications could also play a role, as Chinese companies and workers become ever more present.

But for the first time since Zheng, China is westward bound. The order to Zheng to stop sailing was a turning point in history. OBOR has the potential to be another.