Gary Kulik is the author of “War Stories”: False Atrocity Tales, Swift Boaters, and Winter Soldiers. He is currently working on a book on men who served as conscientious-objector medics in the Vietnam war. 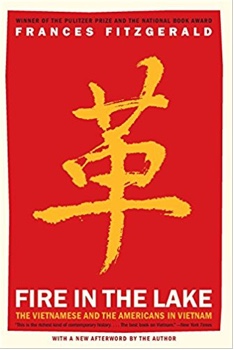 Frances FitzGerald’s 1972 Fire in the Lake was a publishing sensation, winning three major prizes, the Pulitzer, the National Book Award, and the Bancroft, a prize given by Columbia University. No one before or since has won all three prizes in a single year. Without benefit of deep study of Vietnamese history and without facility in the language, FitzGerald offered an infantilizing and essentialist view of the Vietnamese people and a tendentious and rose-colored depiction of the Viet Cong and the National Liberation Front (NLF) whose victory she asserted “was the victory of the Vietnamese people.” 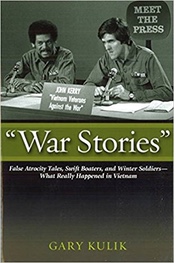 Scholars of Vietnamese history, even those who supported her critique of American intervention such as David G. Marr, recoiled. Her “depiction of Vietnamese national character is little short of disastrous,” Marr wrote in a 1973 review. The late P. J. Honey, also writing in 1973, excoriated her for her “slapdash” scholarship, failing to get “personal names, place names, Vietnamese words, dates” right. But he saved his full contempt for the “professional book reviewers in two continents, wholly unqualified to assess such a specialized work” who offered their assurance that her work deserved such prizes.

Her reputation among such scholars has not improved. Tuong Vu, in a 2007 article in the Journal of Vietnamese Studies, saw her book as a prime example of Edward Said’s Orientalism, positing absolute differences between the “rational” West and the “aberrant” Orient. “Orientalism, especially its essentializing technique,” Vu wrote, “was in fact the most powerful tool in her book and perhaps accounted for its great success as a work of pseudoscholarship.”

FitzGerald’s recent review of the Burns/Novick series on the Vietnam War in the New York Review of Books (Nov. 23) makes clear that her romantic attachment to “the Southern revolutionaries” remains. She suggests that not much is known about “the relationship between the North Vietnamese and the NLF.” Actually a great deal is known, in the writings of Pierre Asselin and Lien-Hang Nguyen, among others, and it does not support her essentialist romanticism. She claims that had the United States agreed to a coalition government in 1972, the successors to the NLF – the Provisional Revolutionary Government (PRG) – would have likely dominated it. It is a comment of remarkable historical ignorance. She may well be the only person writing about Vietnamese history who believes this.

After Tet ’68, the Viet Cong had been destroyed as an effective fighting force. The Phoenix Program had decimated the NLF infrastructure. The PRG would play no significant role in the victory of the North Vietnamese army in 1975, or in the governance of a reunited Vietnam. When the victorious army marched in Saigon on 15 May 1975, they would march only under one flag, that of the North Vietnamese. “The communists had neutralized two armies in the spring of 1975,” Christopher Goscha writes in his Vietnam: A New History, “they did away with two governments as well” – Diem’s Republic of Vietnam and the PRG.

FitzGerald’s “Southern revolutionaries” had never been an autonomous force, and had never represented the deepest desires of the Vietnamese people. The many thousands who departed Vietnam on the least sea worthy of boats are a significant part of the evidence.