A Historian Celebrates His 100th Birthday

Vaughn Davis Bornet’s Ph.D. is from Stanford University (1951), the B.A. and M.A. (1939, 1940) are from Emory University, the year 1941 was at University of Georgia. Author of over a dozen books and scores of articles and essays, he has been writing articles frequently in recent years on the internet’s History News Network. He holds “Distinguished” awards from American Heart Association and Freedoms Foundation. He taught at University of Miami, 1946-48, and Southern Oregon College, 1963-80. He was a staff member of The RAND Corporation in the 1960s. A Commander in the Naval Reserves, his active duty was 1941 to 1946. His 2016 books Lovers in Wartime, 1944 to 1945and another,Happy Travel Diaries, 1925 to 1933 (both Amazon) are recent. Coming out in early October, 2017 is, Seeking New Knowledge: A Research Historian’s Rewarding Career(Bornet Books). He lives, apparently only semi-retired, in Ashland, Oregon.

Speech delivered at the Rotary Club of Ashland, Oregon. This week he turns 100.

First, I want to say how touched I am by my daughter’s creative recap of my life and career in poetry. It was read movingly by her beloved music teacher, Billie Rae Erling. I am honored by having my colleague, Tom Pyle, share background about my academic life. Nice to have Ashland’s Mayor John Stromberg, my former neighbor, among us. And, it means a lot to hear so many of you, my fellow Rotarians and friends, reflect upon our Club. 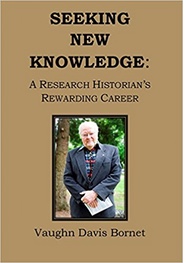 So, what does it feel like to turn 100? Is it such a big deal or just another event in one’s longer life? Given the flood of questions I get, it feels like the world overreacts to this business of achieving of One Hundred Years. Questions I hear:

“How did you do it? How did you pull it off? How come, exactly, are you still with us? Dumb luck? Skill? Good doctors? What do you eat?” Skipping all that….

My parents before World War I had buried two small boys, one after the other, because of the flu. Determined not to “lose this one,” they lost no time in hiring an Irish nurse to take care of me (and the house and the cooking). She lived under our roof for 15 years. That meant my mother assumed that her son was “all right” and didn’t pester me all the time. That certainly was relaxing for me.

Sure, I had all the childhood diseases and got over them: Two weeks home from school in bed with each one—mumps, measles, chickenpox, etc. The Navy gave me annual physicals, with inoculations. I’ve had my flu and pneumonia shots already this year. I’ve been vaccinated against Polio, yellow fever, and took the malaria series, a required part of the “round the world” trip Beth and I took in 1969 as faculty and staff on World Campus Afloat (now Semester at Sea). What a 4 month adventure!

From boyhood I was athletic, though thin for years. I cast competently in the surf and spent summers partly immersed in the Atlantic Ocean. Not many know that upon high school graduation, I was offered a tennis scholarship by Duke University. Since I’d come out toward the top for a scholarship from Emory (based on a two day test), my father turned down Duke without even asking me.

Did singing Negro spirituals do something for my longevity? I sang lots of them, many times, with our Glee Club.

Later, I didn’t endure a single day in our Army. Instead, I was privileged to eat Navy food for five years of active duty during and after World War II. The salads started with cutting a head of lettuce into four hunks with a machete. I gobbled a hunk many a day.

I have been honored now and then. On the other hand, I have been fired more than once. Lose some, Win some!

I ate exceptionally well—maybe even “high on the hog.” My wife Beth had 30 cookbooks, nearly memorizing the first edition of Joy of Cooking. I did no grocery shopping and was seldom in the kitchen.

We had two ounces of an alcoholic drink before dinner every evening, She had a martini made of Gordon’s, I a bourbon drink from what was on sale in Yreka . We enjoyed one drink if we were alone together, two if blessed with weekend guests.

There was never any smoking in my Life. I remember well the days when I stood up at 1960s Rotary meetings and changed tables when someone “lighted up.” Still on my wall at the entrance is an embroidered Arctic bird next to the clever slogan: “NO PUFFIN.” It’s half century old. When Governor Vic Atiyeh lighted up in my car I yelled, “No smoking allowed!” and he complied rather shamefaced.

I’m among friends, so let’s share several private secrets, shall we? I was kicked out of Navy Intelligence because an Ensign from Princeton said in the washroom, “How are things, Bornet?” To which the sailor educated in Georgia replied “Like WPA leaf-raking.” I was out that afternoon! But an Annapolis officer got me a commission within two weeks!

At the Britannica, after half a year, they didn’t like my 13-point ultimatum which included turning off Musak over this preoccupied editor’s head. Funny thing: That piped in Musak was owned by Connecticut’s Senator Benton, and—my bad luck—he owned all the common stock of the Encyclopedia! I remember: I left that Monday but got $1,500 to travel back to the Far West.

What could possibly happen to one eagerly employed by the American Medical Association national headquarters? “Pretty permanent,” I thought in 1958. By golly, they decided to fight socialism fulltime! Looking around (I’m not kidding), they planned to convert the four scholarly Ph.D.s in The Bureau of Medical Economic Research to wage their battle! Without pausing, my boss quit. That meant the two economists and I had to leave “medical economics.”

So, the Bornets were off to Santa Monica, the kids to SamoHigh and me to the world’s most prestigious think tank. Farewell, Snow and Ice. Good bye, Northwestern Terminal.“ I was about to use my research training, full time, in my own small private office, preoccupied with Space and Nuclear Bombs. I had happy and successful years at The RAND Corporation. It’s all in my new book: both Space and Thermonuclear War would interest me henceforth.

At Southern Oregon College, 1963 to 1980 life was rewarding for Beth and me. Did you know that one thing I did around here was to spend 20 years on the United States Civil Rights Commission for Oregon? Interesting work, and time very well spent (all of it in Portland). I gave lots of speeches over the years. President Elmo Stevenson said, “Vaughn, you change the subject every time. Mine is always the College.”

You have been very patient. The truth is I can’t really say that there is anything really “special” about Vaughn Davis Bornet “living obscurely but attentively to 100.” You just have to outwit those awful things that want to kill you! And—there are such things.

In 1936, standing and about to be confirmed in Sigma Chi, I passed out cold, thudding to the floor. In 1949, when the French examiner at Stanford said “take the test again later on,” I fell unconscious in front of his desk.

In 1977 a quarter of my heart died in an “infarction.” I kept going and recovered, spending time counting birds on the porch..

In the 1990s sometime, I passed out (or fell asleep) after lunch and steered my beautiful Oldsmobile holding my wife at over 70 miles per hour into the center gully on I-5 below Red Bluff. We landed on the roof, wiped out the undercarriage, and stopped at a bridge abutment. Funny joke: since we were then headed for the airport enroute to the Volga River, I used to proclaim with a laugh: “Don’t ever try to drive to Russia; it’s not the best way to get there.”

Much more than a decade ago I got the first of three pacemakers! First, I survived many “tilt-table tests, naked.”

Final disaster: Taking a jitney alone to the Bay Area in 2015, the driver urged me to use a stroller from his roof. I did, and watched the front wheel drop off as I stepped down over the curb. My left leg’s femur split its whole length and I spent nearly four months on my back and a wheelchair.

Somehow, I survived every mishap. I should reveal that way back in 1941 I lifted huge weights as taught by a champion. In 1937 I had pitched five winning games in a row, swam and dived for Sigma Chi. In the 1960s, I won several major sailboat races. When retired, I played golf at or slightly above 80 much of the time.

I want to conclude with an observation on service clubs.

My Father was nearly the lifetime treasurer of Miami Beach Lions Club! Just the same it was a great surprise when the Rotary Club of Ashland unexpectedly entered my life in 1963. Up to then I had paid no attention to service clubs but liked my college fraternity. (I recently spoke to an Atlanda luncheon with Skype to help them name me a “Significant Sig,” by the way.

As time passed, a Rotary upgrade brought us high class women as extremely active members. It was a great thing. One female among us has been to over twenty international meetings!

You offered me the companionship of Rotarians from distant countries. Those two weeks in southwest England were a delight. One full year, I had a post that got me acquainted with a bright high school senior every month.

I have watched new and nervous citizens accept the challenge of becoming president of our Club. It gratified me to see Rotarians who weren’t really sure they could “do it,” emerge after a great year ready to become District governor if nominated.

Thank you for the opportunity to communicate with you on what is after all a really minor occasion. I conclude by wishing you well as you go forth and live your lives for many a decade. A great many of you are present, past, or future leaders who are essential to your families, and in your spare time (it is a pleasure to be able to say), members of what may be the best Service Club in the State of Oregon. I do hope every one of you lives to be honored exactly as I have been.