If the U.S. and Russia Could Join Forces Against Nazis, Why Not in the Middle East?

David Churchman is a three-time Fulbright Scholar (Cyprus, Ukraine, Norway) and California State University professor emeritus who held a dual appointment teaching graduate courses in Middle East history in the Humanities Department and teaching conflict theory and negotiation and chairing the Behavioral Science. Programs. This article is adapted from research conducted while on a Fulbright at the Nobel Peace Institute, Oslo, Norway.  The article on which this piece is based is scheduled to appear in the Journal of Social Science for Policy Implications, 5, 2 on 31 December 2017. 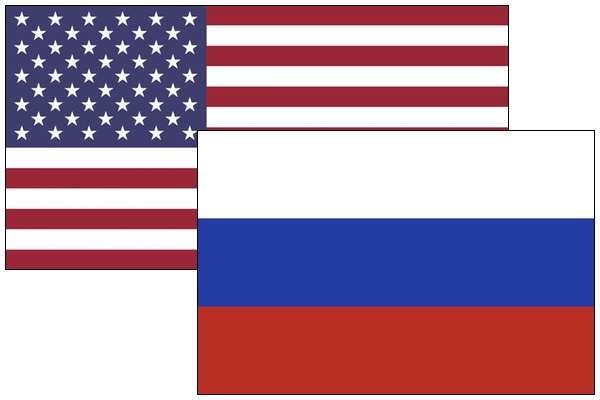 "Problems that remain persistently insoluble should always be considered as questions asked in the wrong way."—Alan Watts

Wouldn’t it be wonderful if instead of risky competition, Russia and the U.S. joined hands to stabilize the Middle East?

Whence such an unlikely idea? Well, actually from Russians who proposed a “Concert of Nations” in which “powerful and responsible powers should unite and form an organization on a par with the UN, a controlling body which will sometimes impose definite standards of conduct on the world community … the stabilization of the situation in the Middle East is among Russia’s first priority interests” and even offer the pretense that “Russia must continue to occupy a decisive and principled position in regard to any cases of destabilization.”

A compatible formulation from the West is Thomas Barnett’s division of the world into a non-integrated “Gap” and a functioning “Core.” Countries of the Core largely follow agreed rules, are economically interdependent, and resolve disputes through diplomacy. Gap countries offer repression, lawlessness, poor communications, transportation, and education, and low life expectancy, cannot attract foreign investment, and often are at war whether civil or international. Integrating Gap countries into the Core is a grand strategy for a more peaceful world that could guide foreign policy the way Containment did during the Cold War.

Instead of arguing over self-serving aspects of the Russian proposal, treat it as a signal suggesting negotiation. Analysis using methods developed by Niall Fraser and Keith Hipel to identify the issues likely to form the basis for a stable alliance among conflict parties suggests Russia and the U.S. could ally to reduce conflict in Iraq and Syria in ways that could induce other nations with interests in a stable Middle East to join the effort, and might moderate Mr. Putin’s apparent obsession with the restoration of Russia’s lost prestige and ending Western encroachment on its vulnerable southern flank. It is understandable that Russia sees NATO moving east as threatening, just as the United States saw European intervention in the Caribbean as threatening, hence the Monroe Doctrine. While the takeover of Crimea and current NATO membership probably is irreversible, it should be possible to end NATO expansion in exchange for Russian agreement to respect the independence of its neighbors, and on that basis end the sanctions on Russia that Putin finds galling. Details could further integrate Russia into Core economic and diplomatic norms, moving it away from its aggressive foreign policy while mitigating its festering and largely ignored economic and demographic problems.

Such an agreement could enable U.S. goals of eliminating ISIS and preventing Iran from achieving regional hegemony. The campaign against ISIS is progressing, albeit at a snail’s pace. But, destroying ISIS in a way that dissuades others from picking up its mantle and stabilizing Iraq and Syria is a formidable task that builds on established tactics for asymmetric conflicts and on the lessons learned since the end of the Cold War.* The tactics go back at least to Lawrence in Arabia who wrote: “Did my provoked jape at Vickery, that rebellion was more like peace than war, hold as much truth as haste?” Or as Field Marshal Templer in Malaya argued, “the shooting side of the business is only 25 percent … the other 75 percent lies in getting the people behind us.” In the current context, that means dissuading potential foreign fighters. The more idealized their vision of Islam the easier it should be for a knowledgeable Muslim to convince them to abandon Salafism.

International interventions in the 1990s often assumed state-building was necessary and sufficient for peace-building.  In practice, the two often proved incompatible. For example, selecting officials on merit often conflicted with the need to share power across ethnicity, religion, or tribe so that citizens viewed the government as legitimate. Contracting services to multinationals failed to build local capacity.  Making things worse, peacekeepers often left before improvements took hold.

Despite the difficulties, state building appears essential but insufficient for peace and stability. Local legitimacy and the need to engage rather than simply replace community leaders are now recognized as more important than imposing Western ways. The limits on any plausible intervenor’s resources and will suggest focusing first on situations most threatening to global peace—such as Iraq and Syria.

If the U.S. and Russia could join forces against Nazis, why not in the Middle East?