One Thing We Should Learn from Harvey

Pearl Duncan is completing a book about DNA and ancestry with the title: “DNA Surprise: Rebel Great, Great Ancestors.” 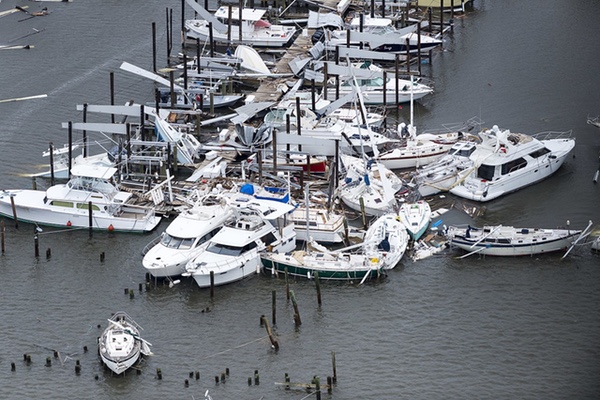 When we have done all we can do – we must still ask, “What more can I do?”

As we rally the nation to help the people in Houston and the rest of Texas on America’s Gulf Coast survive and recover from Hurricane Harvey and the resulting flooding, we see the strength and hopefulness of the local people, neighbors, first responders and all who have stepped up to help. As we mobilize to help, one question that will be asked in the future is, Should we pay more attention to computer models of the environment and once-in-a century environmental disasters?

In the summer of 2015, specifically on August 31st, I read an article in the Smithsonian in the magazine’s series entitled, “The Age of Humans: Living in the Anthropocene.” I looked up anthropocene. The word, started by environmentalists in 2000, means, “relating to or denoting the current geological age.” It is “viewed as the period during which human activity has been the dominant influence on climate and the environment.” The Smithsonian had run previous articles, one in January 2013 entitled, “What is the Anthropocene and Are We in It?”

Few of us studied geology in school, so we have to slow down, respect the specialists, and listen, to understand what is being discussed. The 2013 article said, “Have human beings permanently changed the planet? That seemingly simple question has sparked a new battle between geologists and environmental advocates over what to call the time period we live in.” I read and tried to process the debate, but it was only when the details hit closer to home that I delved deeper.

The 2015 article entitled, “Tampa and Dubai May Be Due for Extreme ‘Grey Swan’ Hurricanes” hit close to where I was for the summer. I was settled in the Tampa area on the Gulf Coast for the summer, so as a 9/11 survivor who lived in Lower Manhattan in downtown New York City, who ran and voted at a polling station near the World Trade Center that morning because I thought that would be the last thing I do after seeing the first plane crash the first building – as a northeaster who survived Hurricane Sandy, stranded in a high-rise, unattended except with my neighbors for seven days, I asked local leaders in Florida’s Gulf Coast about the details in the article. They said, “Pearl, don’t worry. That kind of disaster happens only in a hundred years.”

As a New York City Hurricane Sandy survivor who, one early dawn, listened on my transistor radio as the governor flew over the flooded city in a helicopter, surprised that the city’s two rivers were so close, they may touch and cause worse astronomical level flooding, I wanted to open the window in the rain and shout up at the helicopter: You are flying over Canal Street; the canal was built in colonial times to prevent the city’s two rivers from flooding. I read history and write about history. When we read history, we see earlier people, and we also see earlier events. Environmental specialists are now having controversial debates about future events, so should we trust their computer models of environments and environmental disasters?

The Smithsonian article that caught my attention explained why the Gulf Coast was included as a place to watch for “grey swans” tropical storms, which happen in unexpected places of the world.

The article said the new computer models combine historical data and physical modeling to explain why the U.S. Gulf Coast and areas like Tampa, Florida and places along the Gulf Coast were included alongside unexpected regions like Cairns, Australia and places in the Persian Gulf. It said the devastation of Hurricane Katrina in New Orleans and the rest of Louisiana showed that, “Based on the region’s long history of tropical storms, climate analysts had previously estimated that a devastating storm has a strong chance of striking the U.S. Gulf Coast.”

So now as we respond to help the people in Houston and other parts of Texas on the Gulf Coast, we have to also respond as I did and ask what are the geological, manmade factors to watch. Environmentalists say a black swan is a storm or flash flood that shocks because it is so unexpected. A grey swan is a storm that can be anticipated, based on history of storms in an area, on physical changes and human development, and on local climate and rising sea level. The Gulf Coast, the area where I was that summer, was included because computer models indicated that storm surges could push water above normal tide levels, and because of the shape of the coastal places. They are low-lying, surrounded by shallow bays and bayous, and a deluge of water can be trapped in the area, flooding it, if there was no process to release the water out to the ocean fast enough.

Hurricane Harvey arrived as a category 4 storm, and hovered. Rain. Let us recover but let us also look ahead, support the survivors, and plan. Our ancestors did in earlier times; we can plan and develop sensibly now.