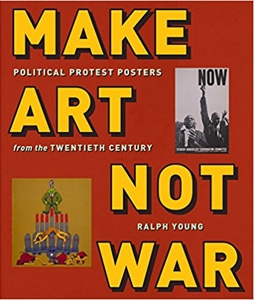 The U.S. Embassy to the Czech Republic, still awaiting its President Trump-appointed ambassador, featured an exhibit by an American leftist professor who says Trump was elected "to make America white again," LifeSiteNews has learned.

The Temple University history professor, Ralph Young, specializes in dissent. His work is championed by the “progressive” “resistance” movement opposing Trump. The exhibit, which concluded July 31, was hosted by the Embassy’s American Center and copied pages from Young’s book "Make Art Not War,“ featuring dissent artwork.

The same U.S. Embassy is celebrating Prague "gay pride" this month alongside a Czech LGBT group called Prague Pride, as LifeSiteNews reported. A leading Czech pro-life group denounced the Embassy’s pro-LGBT activities, including lighting up part of the Embassy compound in “rainbow flag” colors, as an “unacceptable interference into the interests of our nation and … an attempt to destroy traditional European values based on Christian principles.”

“Donald Trump is merely the unifying force bringing together all those who have just not been able to accept a black president,” writes Young, who also authored “Dissent: The History of an American Idea.” ...