America in Crisis: How Will We Get Out of this Mess? 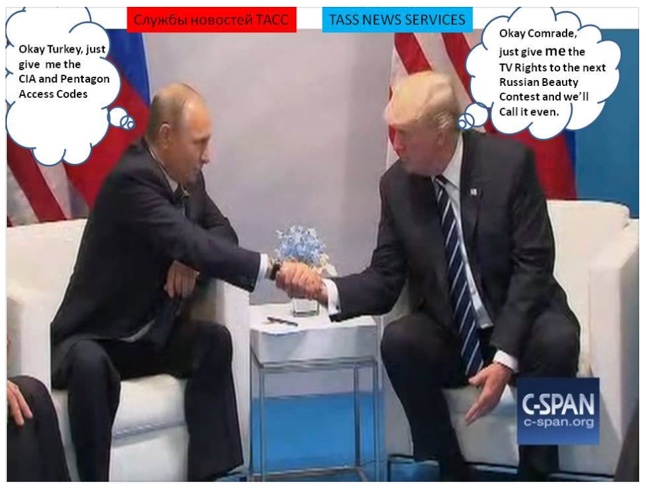 Sixth in a series: America in Crisis

Our national crisis in 2017 is a situation that we never expected, and never want to see recur.

We are up against a hellish convergence of trends that transformed the last election into a freak show. The experience for most of us was gross in the extreme — grotesque. But it was just the beginning. 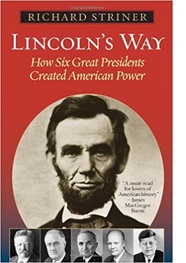 We are trapped in a political chamber of horrors without any visible doors. Will there be no reprieve? Fools and fanatics run riot as the rest of us seethe — but what can we do? That depends. Our position in life will determine our options and so will the flow of events . . . including the surprises.

In any case, there are limits right now to what anyone can do and that is a fact worth remembering.

It is far too soon to foresee how the crisis of 2017 will develop. Before long, we could find ourselves so completely worn out that we will simply find a way to muddle through. Or an emotional catharsis could propel the nation forward to a much better state of affairs. That is hard to predict.

But the trend has been steadily downward so far and we might have to wait until 2018 — and the next congressional elections — before significant things can be accomplished for the sake of America.

Will we ever feel the same about our country? Who can say? The leadership issue is essential. A great figure may arise before long who will lead us back into a semblance of political normality, or even to a state approaching grace. There is little we can do about that except watch and wait as the choices of the politicians play out.

But there are other types of possibilities — some more specific than others — that could pull us out of this disaster.

One of them, of course, is a resurgence of strength on the left that could balance, or even overcome, the disproportionate power in the hands of the radical right that has warped our political culture. And a steep plunge downward in our economic fortunes could strengthen the hands of politicians who protest the extremely dangerous maldistribution of wealth in the United States.

The investigations of the Trump-and-Russia connection are proceeding and so is revulsion toward the vile behavior of the president. A congressional inquiry into his mental condition has been suggested, and a full-fledged impeachment proceeding might be unavoidable. How much longer will Americans tolerate a misfit who drags our nation into the gutter? Almost anything is possible in this bizarre situation, especially if more Republicans begin to feel that this pariah could drag the whole party down to defeat in 2018. Indeed, the tipping point for the Republicans could come before the end of this year.

The condition of the Republican Party is itself a matter for reflection. The far right dominates the party, but that situation could be challenged. Republican moderates — those who remain — are in a weak position, but a bold new nonpartisan initiative could strengthen their hand.

The power of religious fervor can be double-edged, and so the power of the right could be confronted by a new non-denominational movement, one that is led by some responsible religious leaders along with some conscientious conservatives — and there are still plenty of them — to save the soul of the Republican Party. The Republican Party as such and conservatism as such would be spared, and yet the power of the radical right would be the subject of a national outcry. The Social Gospel movement of the Gilded Age could be revived through an attack upon cruelty. The Sermon on the Mount could be invoked in such a way as to emphasize the need for repentance. The leaders of this movement could argue that the nature of Christian spirituality is on the line in America — not by the standards of self-righteousness and vainglory, but by standards of decency and mercy.

A crisis of conscience for Republicans would strengthen the hand of Republican moderates — would it not?

It is possible that in the next generation a new party system may emerge. Attempts to destroy our existing party system and create a brand new one have been made now and then since the current system took shape in the 1850s. None of these attempts have yet succeeded. But some third-party movements have shaken the foundations of our system and ushered in significant change, and perhaps this could happen again.

In theory — though the process would produce many risks — we might do better with three or four political parties that could join in coalitions in response to the electorate’s wishes. If the Republican Party could somehow be split in two — into a party of irrational fanatics on the one hand and a party of rational conservatives and moderates on the other — our nation would be far better off. And then the Democrats in turn could be split into a party of progressive radicals and a party of consensus-builders.

But who will take the lead in such matters? In some ways it’s really a shame that Ross Perot and his people did not persevere in the 1990s. We might be far better off if they had.

Things would also change if some moderate Republicans gave up on the Republican Party and decided to switch their allegiance by transforming themselves into Democrats. That would change our situation a lot — especially right now in the Senate. Perhaps the current crop of moderate Republicans have never thought of doing such a thing.

But perhaps they could think about it now.

Challenges could be launched to the structural injustices that make America undemocratic. The Supreme Court has agreed to hear a challenge to the partisan gerrymandering of state legislative districts. Perhaps a larger challenge could be launched against the “winner take all” procedure that perverts the Electoral College. The challenge would argue that the method of winner-take-all is at odds with the “original intent” of such Founders as Alexander Hamilton. Conservative justices who subscribe to “originalism” would be put on the spot and they would have to do some independent thinking. And some of them — such as the current chief justice — have proven they are capable of independent thinking.

If attempts to guide the flow of events toward best-case outcomes should fail, futuristic planning is in order — especially in light of the secession controversy that is going on in California. I have argued elsewhere that the constitutional case for disunion can be made. But that point would be disputed — to put it mildly — if the “Calexit” movement succeeds, and the movement is in flux. An earlier installment in this series broached the topic of a coming civil war. The bloodiest pages of history show that events can topple, quite suddenly at times, straight down to abysses of horror. Only fools would deny that this is so.

Could we save ourselves from such a fate? Would the threat of secession bring so many people to their senses — and back from the brink — that a change in our Constitution might be possible? A fundamental change through a package of constitutional amendments designed to ease the crisis? Stranger things have happened.

Some observers would stop right here in their analysis. They would shrink from any further speculation into prospects that no one can foresee. And yet . . . we might profit quite a lot from responsible attempts to think boldly, to “think the unthinkable.” Much better, perhaps, to consider some “unthinkable” ideas then to plunge on blindly into danger. So let’s proceed with the theme of disunion.

If secession should prove unavoidable, the change could still be a peaceful one — a point to emphasize. The threat of mass killing should surely make the need for a peaceful solution quite obvious — especially so if it permits our two antagonistic tribes to be rid of each other.

If we find that nothing else can heal us, we may also discover that the strategy of disunion and rebuilding — accompanied by massive population shifts — may be impossible to prevent. Decade by decade, Americans may vote with their feet through emigration or dramatic relocation rather than submit to ways of life that they reject if their opponents try to force these situations upon them. Sophisticates, for instance, may begin to flee from “the heartland” and all that goes with it. Such migrations have played a fundamental role in the story of America — have they not?

It would take a long time for such events to play out — a very long time — and it would have to be our children or even their descendants who would make such choices later on.

Futuristic thinking along such lines might appear to be quixotic or even irresponsible, but consider: secession movements have also emerged in Quebec, in Newfoundland and Labrador, and in some western Canadian provinces. If California were really to “exit,” the entire west coast might follow by the end of the twenty-first century. The idea of an independent republic in the Pacific Northwest has been broached many times in the course of our history. Such ideas are not out of the question.

The possibility of new experiments in nation-building should not be ruled out or laughed away. People may indeed choose to laugh, but we will never get to see who laughs last: historical developments have been fooling the smart alecks since time immemorial and no one can predict when that will happen.

Arrangements for cooperation between seceded states and a shrunken American Union — in matters of continental security, for instance — could be developed through intelligent treaties.

Evil must be faced, and we are all being hurried along into a future that we never foresaw. We must now turn our minds to the tasks that we believe to be our duty — to ourselves and the people we love. With intelligence and patience and audacity as needed, the best of us may prevail. Things could still go our way in due time.

And all may yet be well in our America.