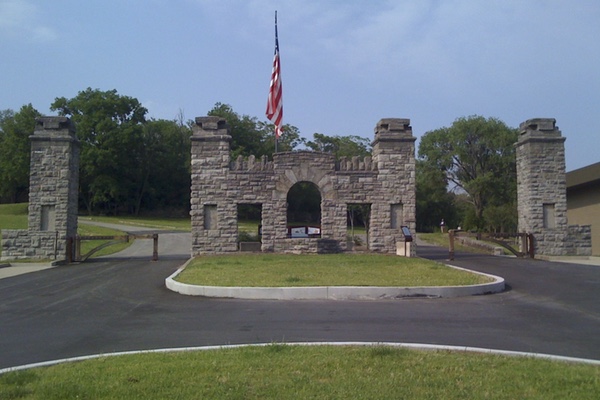 It was built by thousands of newly-freed slaves, hundreds of whom died in the process.

It doesn’t take an expert to see that Nashville is booming. Population growth is struggling to keep up with business demands. It’s a good time to live there, and, as with most cities on the upswing, green spaces are in high demand. In fact, Mayor Megan Barry announced last February an allocation of $667 million over ten years in their “Plan to Play” program to improve and increase Nashville green spaces.

It seems the three real estate rules of location, location, location don’t apply to green spaces or a 64-acre historic park two miles south of the bright lights of downtown. This space contains the remnants of the largest inland stone fort built during the American Civil War. Mayor Barry’s administration has instead chosen to award a developer the right to build condominiums and office spaces on a 21-acre section of it – a move that’s stunned preservationists and park supporters. The Civil War fort is unlike any other. It was constructed by black hands, staffed with some of the nation’s first black soldiers, and evolved from a campsite into a historic African-American community in the city.

Following the fall of Forts Henry and Donelson in 1862, Confederate forces retreated south evacuating Nashville to Union troops. Because of the access to railroads and rivers, Nashville quickly became the second most fortified city outside of Washington, DC. Then military governor Andrew Johnson ordered the city be fortified to defend against a Confederate counter-attack.

More than 2,700 free black tradesmen, newly-freed slaves, both men and women, were pressed into service to assist. The 12th U.S. Colored Troops Regiment that later organized in Nashville contained many of the laborers who built the fort. Union Engineer Capt. James Morton chose a rise southeast of Nashville for the largest structure. A “contraband” camp was established at the construction site to house laborers. The result four months later was a star-shaped limestone fort. The four-acre structure was named after Nashville Post Commander General James Negley. It didn’t come without cost. Historians estimate that between 600-800 died building it and were buried nearby. 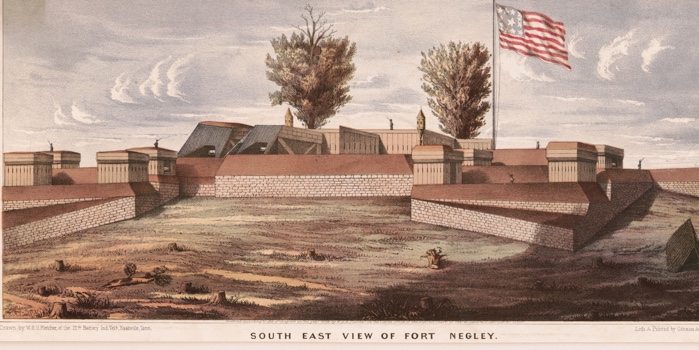 General William Rosecrans ordered four companies of troops to be housed in the fort. The 12th Indiana Light Artillery garrisoned it throughout the war. The Union Army left Nashville in 1867 and Ft. Negley’s structural decline began as Nashville grew around it. As with any abandoned property, it became associated with over the years with crime and vandalism. The City of Nashville acquired it in 1928 with the intention of making it a public park. In the 1930s Negley became a project of the Works Progress Administration.

The WPA developed ball fields and partially reconstructed the fort adding a small museum, but in 1945 Nashville closed the namesake fort due to the city’s inability to maintain it. The land around it evolved into a municipal park for ball fields and learning centers, including a minor league stadium, with Fort Negley proper being off limits to visitors. In 1975, it was listed on the national register of historic places and five years later the state historical commission erected a plaque noting the untold African-American story in the state’s history.

In 1996, with Tennessee celebrating a bicentennial and heritage tourism drawing millions of dollars, a plan to redevelop the site was put into action to resurrect and stabilize the remnants of the park’s namesake from the forested overgrowth. In 2004 Fort Negley reopened with walking paths and historical signage. Three years later the doors on a $1 million visitor center opened and Friends of Fort Negley charity was formed.

This effort by the citizens of Nashville to preserve this site has allowed it to be used many times since by Vanderbilt and other schools as a teaching tool. Preservationists are incensed over what they see as the Barry administration’s closed-door process to choose the developer and leave unidentified those who made the decision, especially since Nashville spent more money than any other city in the nation to preserve a Civil War site. The mayoral proposal to turn the 18 acres the minor-league stadium sits on into condos and retail space will cause untold damage to archaeological and cultural artifacts. It abuts the fort site and removes invaluable buffer space needed to protect it for further study.

Others worry it will speed gentrification of the historic African-American community that sprang from the camp of the laborers. Park supporters are fighting back at what they see as the modern-day assault against America’s historical monuments.

It’s the pinnacle of bad decision-making to set the stage for encroaching concrete to do what forested overgrowth once did in diminishing Fort Negley. In a metropolitan area trying to meet demands for green space, herein lies an opportunity to do both and secure for future generations one of the most important African-American historical sites in Civil War history.