The World’s Nuclear Powers Are Renewing their Race to Catastrophe

Dr. Lawrence Wittner (http://www.lawrenceswittner.com) is Professor of History emeritus at SUNY/Albany. He is the author of Confronting the Bomb (Stanford University Press). 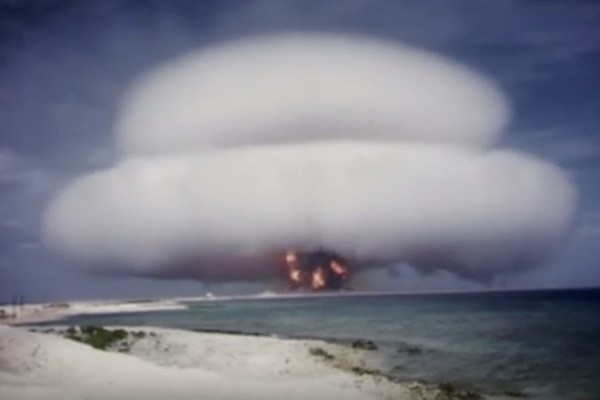 For as long as they have existed, nations have clung to the illusion that their military strength guarantees their security.

The problem with this kind of thinking is that the military power that one nation considers vital to its security fosters other nations’ sense of insecurity. In this climate of suspicion, an arms race ensues, often culminating in military conflict. Also, sometimes the very military strength that a nation intended for protection ends up emboldening it to engage in reckless, aggressive behavior, leading to war.

By the twentieth century, the devastation caused by wars among nations had grown so great that the general public and even many government officials began to recognize that a world left to the mercies of national military power was a dangerous world, indeed. As a result, after the mass slaughter of World War I, they organized the League of Nations to foster international security. When this proved insufficient to stop the march of nations toward World War II and its even greater devastation, they organized a new and stronger global entity: the United Nations.

Unfortunately, however, bad habits die hard, and relying on military force to solve problems is one of the oldest and most destructive habits in human history. Therefore, even as they paid lip service to the United Nations and its attempts to create international security, many nations slipped back into the familiar pattern of building up their armed forces and weaponry. This included nuclear weapons, the most effective instruments of mass slaughter yet devised.

Not surprisingly, then, although the leaders of highly militarized nations talked about building “peace through strength,” their countries often underwent many years of war. Indeed, the United States, the most heavily-armed nation since 1945, has been at war with other countries most of that time. Other nations whose post-World War II military might has helped embroil them in wars include Russia, Britain, France, China, India, Israel, Egypt, Iraq, and Iran.

Given this sorry record, it is alarming to find that the nine nuclear-armed nations (the United States, Russia, Britain, France, China, India, Israel, Pakistan, and North Korea) have ignored the obligation under the 1968 nuclear Non-Proliferation Treaty to divest themselves of nuclear weapons and, instead, recently embarked on a new round in the nuclear arms race. The U.S. government, for example, has begun a massive, 30-year program to build a new generation of U.S. nuclear weapons and nuclear production facilities to last the United States well into the second half of the twenty-first century. This program, slated to cost $1 trillion, includes redesigned nuclear warheads, as well as new nuclear bombers, submarines, land-based missiles, weapons labs, and production plants.

However, as the nuclear powers renew their race to catastrophe, the non-nuclear powers are beginning to revolt. Constituting most nations of the world, they have considerable clout in the UN General Assembly. In late 2016, they brought to this body a resolution to launch negotiations on a treaty prohibiting nuclear weapons. Critics of the resolution maintained that such a treaty was ridiculous, for, ultimately, only the nine nuclear powers could negotiate their disarmament―not an assembly of other nations. But supporters of the resolution argued that, if the overwhelming majority of nations voted to ban nuclear weapons―that is, make them illegal under international law―this would put substantial pressure on the nuclear powers to comply with the world community by acting to eliminate their nuclear arsenals.

To avoid this embarrassment, the nuclear powers and their allies fought back vigorously against passage of this UN resolution. But, on December 23, 2016, the resolution sailed through the UN General Assembly by an overwhelming vote: 113 nations in favor and 35 opposed, with 13 abstentions.

And so, on March 27, 2017, a diplomatic conference convened, at the UN headquarters in New York City, with the goal of crafting what the UN called a “legally binding instrument to prohibit nuclear weapons, leading towards their total elimination.” Some 130 countries participated in the first round of these negotiations that included discussions with leaders of peace and disarmament groups and a range of experts on nuclear weapons. But the nuclear powers and most of their allies boycotted the gathering. In fact, at a press conference conducted as the conclave began, Nikki Haley, the U.S. representative to the United Nations, and representatives of other nuclear powers denounced the proceedings.

Perhaps because of the boycott by the nuclear powers, the UN negotiations went forward smoothly. On May 22, Ambassador Elayne Whyte of Costa Rica, president of the conference, released a first draft of the UN treaty, which would prohibit nations from developing, producing, manufacturing, possessing, or stockpiling nuclear weapons. The UN conferees plan to adopt necessary revisions and, then, produce a final treaty for a vote in early July.

As this treaty directly challenges the long-time faith in the value of national military power, typified by the scramble for nuclear weapons, it might not get very far. But who really knows? Facing the unprecedented danger of nuclear war, the world community might finally be ready to dispense with this national illusion.