The US Once Sent the Army to Russia. Here’s How It Came About.

In March 1917, after more than two years of increasingly troubled neutrality, the United States was just weeks away from entering the Great War. To many Americans, this unprecedented conflict had become a struggle between the democratic principles represented by the Allied Powers and the perfidious militarism of the autocrats governing the Central Powers. It was thus troubling that one Allied Power, Russia, was itself an autocracy, ruled by Nicholas II, scion of the Romanov Dynasty that had been in power since the early seventeenth century. 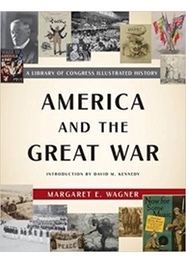 The war, however, had loosened the czar’s hold on authority. Nearly three years of death and deprivation had created deep unrest among the Russian people and given renewed life to latent revolutionary movements. On March 15, after a series of civilian food riots and military mutinies, Czar Nicholas was forced to abdicate in favor of a more liberal provisional government that, despite the nation’s war fatigue, pledged to continue fighting. The news excited Americans and bolstered the arguments of those who favored joining the Allies. “The democratic nations of Western Europe have been emancipated from the handicap of Czarism and have won a new ally—democratic Russia,” the Nation declared. “The Czar Has Been Dropped. Good!” the Tacoma (WA) Times exulted, adding that the kaiser would inevitably be the next autocrat to go. “No more kings,” the paper declared, meant “no more war.”

Americans in Russia—diplomats, reporters, American Red Cross and YMCA relief workers, businessmen and women working for such flourishing enterprises as the Singer Sewing Machine Company, International Harvester, and National City Bank—bore confused witness to the upheaval. Diplomat Basil Miles was surprised at the “almost fabulous rapidity” of what he saw as a completely successful revolution. Roaming the dangerous streets, Donald Thompson of the Chicago Tribune found bloodshed and chaos, evidence that the new government faced continuing troubles from the war and from rival political factions. Remote from the scene and optimistic, the U.S. government under Woodrow Wilson became the first to recognize the new Russian regime. “Does not every American feel that assurance has been added to our hope for the future peace of the world by the wonderful . . . things that have been happening . . . in Russia?” President Wilson said during his April 2 speech to Congress requesting a declaration of war.

After Congress declared war on April 6, America embarked on nineteen tumultuous months of domestic reorganization and military expansion that saw a regular army of 128,000 grow to a force of some 4 million, 2 million of whom comprised the first American army to fight on European soil. This unprecedented effort had to be coordinated with continuing efforts to help millions of suffering civilians overseas and maintain the flow of materiel to the Allies. In Russia, a U.S. technical commission worked to improve the rail system, so vital for conveying supplies and troops. That group was followed in May by a U.S. diplomatic mission led by seasoned statesman Elihu Root. Growing political turmoil had raised the specter of a separate peace between Russia and Germany so that the Russians could concentrate on their internal problems. The Root Mission’s central message: continued American assistance depended on the Russians’ settling their internal differences and not making a separate peace.

The Germans, meanwhile, sought to exacerbate Russian turmoil by facilitating the return to that country of Vladimir Lenin and other exiled communist revolutionaries. These “Bolsheviks” did exploit their countrymen’s growing unrest, which finally exploded in early November into a second Russian revolution that brought Lenin to power (though rival factions mobilized, sending the country into civil war). The three-month armistice Lenin signed allowed the Germans to begin transferring combat divisions to the Western Front for a massive spring offensive that they calculated would break the Allies before sufficient American reinforcements could arrive. A few months later, on March 3, 1918, the Bolsheviks signed the treaty of Brest-Litovsk, taking Russia out of the war and freeing more German divisions to head west. The German army outnumbered Allied forces by nearly two-to-one when Germany launched its offensive on March 21, well before significant American frontline troops were in place. As the Allies fell back, Americans used every means available to accelerate the shipment of U.S. doughboys to France.

France was the focus of America’s military effort, but Russia remained significant in U.S. diplomacy, with informal relations continuing after America severed formal relations in December 1917. The Lenin government’s ultimate fate was uncertain; vast stores of American-manufactured supplies were stockpiled at Murmansk-Archangel in the north and Vladivostok in the east; and Russia’s Siberian mines produced a majority of the world’s supply of platinum, an element required for munitions production. Moreover, the hard-pressed Allies were eager to find some way to bring Russia back into the war, if not with promises of additional American aid then by military pressure against the Bolsheviks. In 1918, some 5,000 U.S. troops participated in a limited Allied incursion in freezing Archangel; 9,000 Americans landed at Vladivostok. Neither incursion produced the desired results; in any case, the importance of Russia’s return to the war abated as American troops continued to build Allied military might while Germany’s diminished. Both incursions did, however, contribute to souring Russian-American relations.

The Brest-Litovsk Treaty, the ongoing Russian Civil War, and Western governments’ anti-Bolshevism precluded official Russian representation at the Versailles Peace Conference that formally ended the Great War in June 1919. A brief, poorly organized American diplomatic mission to Russia in March 1919 was confounded, in part, by the Bolsheviks’ declared aspirations for a worldwide communist revolution. Relations briefly improved when massive American relief saved millions of Russian lives during the devastating famine of 1921-22. Still, communism was anathema, and the United States did not officially recognize Russia—by then the Union of Soviet Socialist Republics—until November 1933, as the world coped with the Great Depression and militarism was again on the rise, threatening a new global conflict.