Marc Stein is the Jamie and Phyllis Pasker Professor of History at San Francisco State University and the author of several books, including Sexual Injustice: Supreme Court Decisions from Griswold to Roe (University of North Carolina Press, 2010). For the fiftieth anniversary of Boutilier v. INS, he is launching an online exhibit on Outhistory.org and moderating a roundtable on Notches. 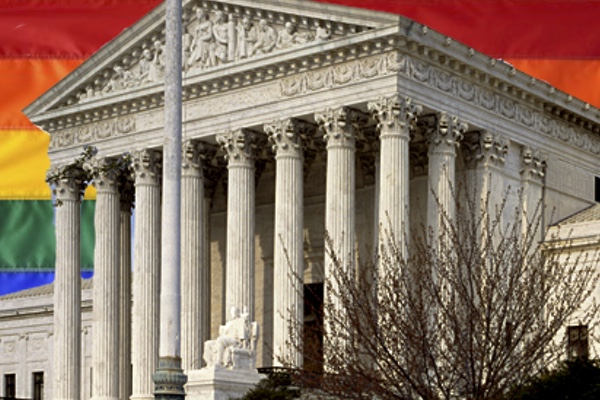 Today, May 22, is the fiftieth anniversary of the U.S. Supreme Court’s decision in Clive Michael Boutilier v. the Immigration and Naturalization Service (1967), a long-forgotten ruling that upheld the deportation of a legal resident from Canada who was classified by the U.S. government as having a “mental or physical defect.” According to the INS’s Annual Report for 1967, the United States excluded or deported more than 100,000 people on this basis from 1892 to 1967, but this represented a small fraction of the total number of foreign “defectives” rejected by the United States for immigration, residency, and citizenship. 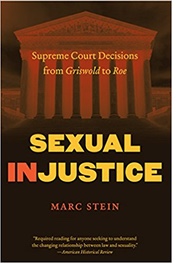 Boutilier’s deportation was based on a provision of the 1952 Immigration and Nationality Act that applied to aliens “afflicted with psychopathic personality.” During oral arguments in the Boutilier case, Associate Justice Potter Stewart asked the U.S. government’s lawyer about the types of people classified by the INS as afflicted with psychopathic personality. He could not answer, but one day later Solicitor General Thurgood Marshall forwarded to the Supreme Court a memorandum prepared by INS General Counsel Charles Gordon. According to Gordon, INS statistics did not break down the mental or physical defectives category. He noted that there were multiple conditions that could lead the INS to classify an individual as psychopathic, including compulsive, paranoid, passive-aggressive, and schizoid personality disorders, but “our general impression is that sexual perversion is the critical consideration in the preponderance of cases where the ‘psychopathic personality’ charge has been used.”

“Sexual perversion” was the “critical consideration” for Boutilier. Born in 1933, he had moved from Nova Scotia to New York in 1955. By the time he applied for U.S. citizenship in 1963, his mother and most of his siblings also lived in the United States and he was working as a building maintenance man; ironically, he had earlier worked as an attendant for a man who was mentally ill. Boutilier’s immigration troubles began when he noted on his citizenship application that in 1959 he had been arrested, but not convicted, on a sodomy charge in New York. This prompted an interrogation by the INS in which Boutilier revealed that he had engaged in sex with men and women before entering the United States and that he had continued to engage in same-sex sex, with his partner Eugene O’Rourke and with other men, after moving to New York. Based on this information, the INS rejected his citizenship application and ordered him deported as a “psychopathic personality.”

Boutilier’s lawyers, affiliated with the American Committee for the Protection of the Foreign Born, the American Civil Liberties Union, and the Homosexual Law Reform Society, challenged his deportation with multiple arguments. They submitted medical affidavits indicating that Boutilier was not a psychopathic personality. They raised procedural objections because the Public Health Service had not examined Boutilier. They offered expert testimony that challenged the government’s claim that homosexuality was psychopathic. They questioned whether the intent of Congress was to exclude and deport all homosexual aliens. They argued that even if it was, the law was unconstitutionally vague because the average person would not know that the government regarded homosexuality as evidence of psychopathic personality.

Boutilier’s lawyers had reasons to be hopeful. In its 1958 ruling in ONE v. Olesen, the Supreme Court had rejected the Post Office’s censorship of a gay magazine. In its 1963 ruling in Rosenberg v. Fleuti, the justices had used a legal technicality to prevent the deportation of a Swiss gay immigrant. In McLaughlin v. Florida (1964) and Griswold v. Connecticut (1965), the Supreme Court had rejected state laws that criminalized interracial cohabitation and contraception for married people. And less than three weeks after deciding Boutilier, the justices unanimously struck down state restrictions on interracial marriage in Loving v. Virginia.

The Supreme Court, however, ruled 6-3 against Boutilier. Justice Tom Clark’s majority opinion rejected much of the medical testimony by noting that “Congress used the phrase ‘psychopathic personality’ not in the clinical sense, but to effectuate its purpose to exclude from entry all homosexuals and other sex perverts.” As for whether Congress had the constitutional power to do so, Clark cited the 1882 Chinese Exclusion Cases to support the majority’s determination that “Congress has plenary power to make rules for the admission of aliens and to exclude those who possess those characteristics which Congress has forbidden.”

Sadly, Boutilier was in no condition to understand the ruling against him. Twelve days earlier, he had been hit by a car in New York and suffered traumatic head injuries, leaving him in a coma that lasted for several weeks. Some members of his family believe this was a suicide attempt. A few months later, one of his doctors reported, with no apparent irony, that he was suffering from “post-traumatic psychosis.” Meanwhile, Boutilier’s lawyer asked the INS for a compassionate deferral of his deportation. This was granted until November 1968, when Boutilier was sufficiently recovered to return to Canada. His mother, a nurse, accompanied him, first to Nova Scotia and later to Ontario. The American Psychiatric Association declassified homosexuality as a mental illness in 1973, but Congress did not eliminate the “psychopathic personality” provision in U.S. immigration law until 1990. Boutilier died in a home for people with disabilities in 2003, two months before the U.S. Supreme Court overturned state sodomy laws in Lawrence v. Texas.

As we remember Boutilier v. the INS on its fiftieth anniversary, there are good reasons to be angry and upset about the historical mistreatment of “homosexuals” and other gender and sexual “deviates” in the U.S. immigration system. In this context, we have options about how we choose to remember. We can disavow the historical connections between homosexuality and disability, insisting that the primary injustice in Boutilier lies in the mischaracterization of “homosexuals” as psychopaths. We also can consider what it might mean to recognize and explore these connections, which might be a better starting place for thinking about our ongoing struggles against immigration restriction. Defectives of the world, unite!