William Lambers is the author of "Nuclear Weapons and the Road to Peace." His writings have been published by the Huffington Post, Cleveland Plain Dealer, San Diego Union Tribune, Cincinnati Enquirer, and many other news outlets. His writings have been published by Spectrum, the official publication of the Comprehensive Nuclear Test Ban Treaty Organization. 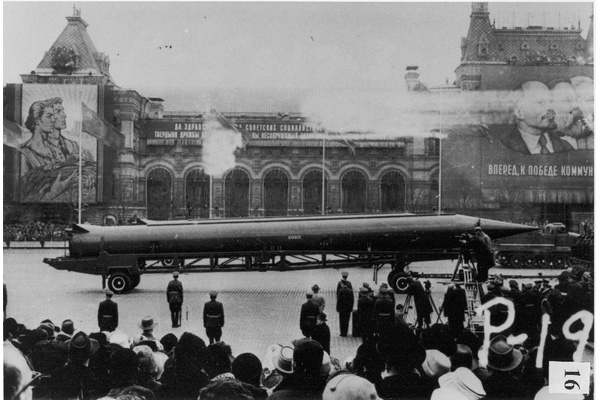 Nuclear-armed North Korea's latest missile test shows the growing threat to South Korea, Japan and even the United States. The rogue nation may gain the capability of reaching the U.S. with a nuclear missile.

There is also fear North Korea may soon conduct its sixth nuclear test explosion. Senator John McCain says the Korea standoff is "like a Cuban missile crisis in slow motion." 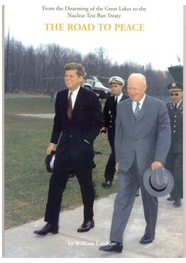 The danger of nuclear war is as real today as when the Soviet Union threatened the U.S. by placing missiles in Cuba during the fall of 1962.

But let's remember that Cold War episode and how we went from the brink of nuclear holocaust to signing peace treaties within a year.

President John F. Kennedy unleashed a diplomatic offensive that, after the missiles were removed from Cuba, established a hotline to improve U.S.-Soviet communications to prevent miscalculation during a crisis.

Kennedy also intensified the drive to end nuclear weapons testing. During those dark October days of the Cuban Missile Crisis, both the Soviet Union and the United States were conducting nuclear test explosions. They were perfecting the art of obliterating civilization.

But within months of the Cuban showdown Kennedy reached an agreement with the Soviets to end nuclear weapons testing in the atmosphere, outer space and underwater. Underground tests were allowed to continue.

The Limited Test Ban Treaty of 1963 was a dramatic turn of events compared to the previous year.

In October, 1962 the world was living right on the edge of nuclear war. Now with the Limited Test Ban Treaty there was at least some limitation on nuclear weapons development.

As Kennedy said to the nation in July 1963, "For the first time, an agreement has been reached on bringing the forces of nuclear destruction under international control ... it is an important first step—a step towards peace—a step towards reason—a step away from war."

Kennedy's real goal was to get a complete ban on all nuclear testing. This was an objective also shared by his predecessor Dwight Eisenhower, who initiated the first nuclear test ban treaty negotiations.

JFK realized that a complete ban on nuke testing could set the stage for real disarmament. We did not get that in 1963, but at least a limited treaty proved that agreement could be reached with the Soviets. The two rivals benefited from the experience, learning to negotiate in the dangerous nuclear age.

Today, the United States, China and North Korea should use the Comprehensive Nuclear Test Ban Treaty (CTBT) as an opening to dialogue. This treaty, which fulfills Kennedy's dream of banning all nuclear test explosions, can help ease tensions on the Korean Peninsula.

South Korea and Japan are supporters of the CTBT. They would like to see the United States, China and North Korea join the CTBT at once.

H.E. Yun Byung-se, foreign minister of South Korea, says there is a "huge price tag that comes with the long overdue entry into force of the Treaty." Dr. Lassina Zerbo, the director of the CTBT organization, says the treaty "should be used as platform for dialogue by the United States and China with North Korea as a first step to prevent more tests."

President Trump should encourage the Senate to ratify the CTBT. The treaty is long overdue.

We have to make a powerful statement that nuclear testing is unacceptable in international relations. But to truly do so we must ratify the treaty.

The United States has no desire to return to nuclear testing and set off a dangerous and expensive global arms race. Treaty ratification should be relatively simple on the U.S. part.

Republican President Trump would find strong support for the CTBT from the Democratic Party, thus bringing the political parties together on a major issue.

China should follow the U.S. lead with treaty ratification. If China approves a treaty ending nuke testing, it’s far more likely its ally and neighbor North Korea will join too.

China just had a CTBT monitoring station certified on its soil. This is part of the verification system that ensures no nation can cheat the treaty. North Korea will have to agree to verification measures like this as part of any disarmament program. China’s example can get the ball rolling.

The Comprehensive Nuclear Test Ban Treaty can be a positive step toward ending the North Korea nuclear crisis and stopping proliferation globally. It can pave the road toward more agreements that can disarm North Korea’s nuclear program.

The treaty has growing support everywhere. A CTBT youth group has been formed with students from all over the world advocating for an end to nuclear testing. CTBT Youth group member Brenna Gautam of Georgetown University writes: “I urge President Trump to launch a renewed effort to gain a two-thirds Senate ratification, as a first step to making his “dream” [of nuclear disarmament] a reality.”

We should encourage the United States, China and North Korea to all ratify the Comprehensive Nuclear Test Ban Treaty.

Closing the door on nuclear testing will provide a desperately needed opening for negotiating an end to the North Korean threat.