We Thought Diplomacy Couldn’t End the War in the Pacific. But We Dropped the Bomb before We Found Out for Sure.

Peter Van Buren blew the whistle on State Department waste and mismanagement during the Iraqi reconstruction in We Meant Well: How I Helped Lose the Battle for the Hearts and Minds of the Iraqi People. He writes about current events a We Meant Well. His latest book is Hooper's War, an anti-war novel. 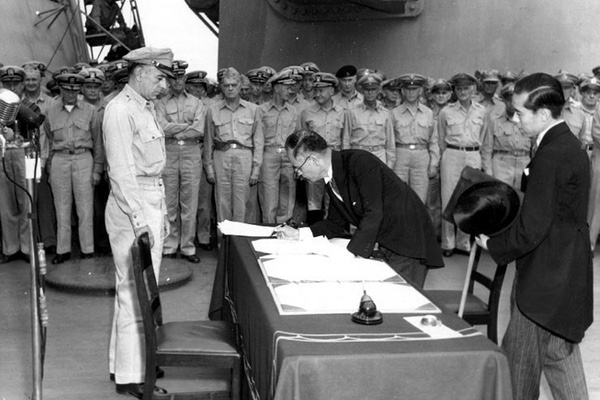 In an America many worry has largely moved past diplomacy as its primary foreign policy strategy, history offers its inevitable lessons. What is the result when America rushes to a military solution? Hiroshima. 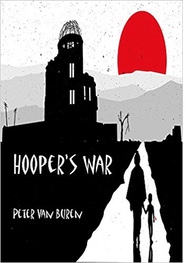 The debate over whether the atomic bombings of Japan were the only alternative to a land invasion is one of the most contested among modern historians. But the debate asks the wrong question, as it ignores the role further negotiations might have played.

The dominant American narrative is the dead of Hiroshima and Nagasaki were a smaller price to pay than the greater loss of life anticipated under an invasion; in a grim calculus, the bombings were practically an act of humanity. Included in this view is that those killed were mostly Japanese anyway, while an invasion would have taken many American lives. The debate is framed as binary, invasion or bomb.

The “we had no choice but to use the bomb” argument is most strongly presented in Paul Fussell’s (in)famous essay, “Thank God for the Atom Bomb.” His premise is that absent those horrific shocks, Japan would have never surrendered without a bloody invasion. And indeed the bombs were dropped, and Japan surrendered. War is hell, and bigger bombs just made the hellish work go faster, Fussell believed, stating matter-of-factly the U.S. had crossed any lines of morality anyway a long time prior.

Himself scheduled to be in the invading force, Fussell, like every young man facing his own death, thought, damn straight, use the bigger bombs, and thank God we have ’em. I personally heard former Senator Howard Baker, a gentle and educated man, then U.S. Ambassador to Japan, make similar statements. Baker was assigned to pilot a landing craft in the invasion.

There are tag-along arguments, all with at least some truth in them. One is that the use of the atomic bomb was the end process of a technological roller coaster; it was built at great cost (the uranium enrichment plant at Oak Ridge, Tennessee, for example, used more electrical power in 1945 than all of Canada) and had to be used to justify that. Revenge for Pearl Harbor and racism (“dirty Japs”) are also claimed by some as reasons. Some in the military argued in favor of destroying Hiroshima and Nagasaki as examples to the Russians of our atomic prowess. The war with Japan was almost over one way or another, and the Pentagon was thinking ahead.

But was there a path that bypassed both the atomic bombings and a land invasion? Yes, and here’s where the lessons for 2017 lie.

By summer 1945 Japanese leadership was divided over the best course of action. The loss of Okinawa made clear some version of defeat was inevitable. Despite much overt blustering in front of one’s superiors, often via diplomatic cables that were not a place for contrary opinions, Japan’s military professionals privately knew of both the unprecedented resources America was bringing to bear, and the pitiful reserves available to Japan. They also deeply feared the coming Soviet entry into the war.

The best result all but the most conservative of the Japanese hierarchy hoped for was a peace settlement of some sort. The gap between what the U.S. expected out of an unconditional surrender and what the Japanese realistically hoped for out of a lightly negotiated one was not significant. Japan wanted most of all to retain its emperor. As one historian saw it, in perhaps a slight exaggeration, a public end to the Emperor, held by many in god-like status, would have been equivalent to the crucifixion of Christ.

As a prelude to negotiations, in June 1945, a month before the Potsdam conference, and within hours of the Japanese commanding general’s death on Okinawa, the Emperor directed the Supreme War Direction Council – his “inner cabinet” – to begin formal peace negotiations with the U.S. through the “good offices” of Russia. Such negotiations, it was hoped in Tokyo, might also serve to keep the Russian army, with American help, away from the Japanese home islands.

The overvaluing of the atomic bombs in compelling surrender also overlooks that Japanese fear of the Soviet Union entering the Pacific War. While accepting defeat against the Americans, Japanese political elites did not want to cede large swaths of their northern territory, especially Hokkaido, to the Soviet Union, nor see the Soviets be part of any occupation. The destructive events in Europe as the Red Army rolled toward Berlin were known to the Japanese. A divided Japan was unthinkable.

The sequence of events is telling: After the bombing of Hiroshima on August 6, 1945, the Soviets declared war on Japan on August 8, and crossed the Manchurian border in force the morning of August 9, followed by the bombing of Nagasaki that same day (the near-simultaneous acts likely fueled Japanese paranoia, though history shows them unrelated.) Conventional bombing of Japan by the 20th U.S. Army Air Force continued for five full days after Nagasaki, until Japan accepted the modified “unconditional” surrender terms allowing it to retain the Emperor as head of state, on August 15.

How things would have played out with a week or two more of skilled diplomacy cannot be known, but it is clear there was a third alternative. To end the war, neither the use of nuclear weapons nor a land invasion of the Japanese mainland, was, at least, a possibility. Throughout the Pacific War the American mantra was Japan would never surrender. Then they did. There is always time for diplomacy.