Jason H. Silverman is the Ellison Capers Palmer, Jr. Professor of History at Winthrop University. His latest recent book is the recently published Lincoln and the Immigrant(2015). 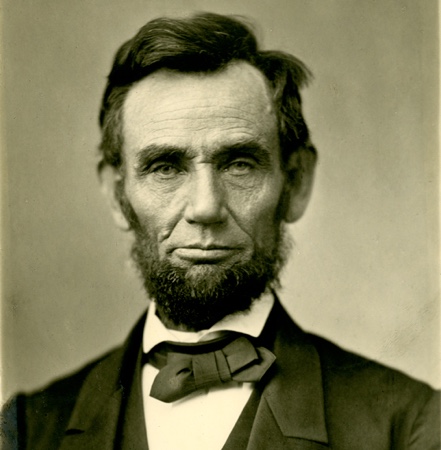 Lost in the media and scholarly attention to the sesquicentennial of the Civil War (1861-1865) was one of President Lincoln’s signature pieces of legislation, The Act to Encourage Immigration, July 4, 1864—the first, last, and only major law in American history to encourage immigration. As immigration is in the daily news on a global basis, this is a surprising omission of an act the he saw as the bright future of the United States. 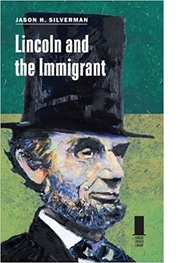 Long before he spoke about the evils of slavery, Abraham Lincoln spoke about the need for free labor, and he consistently articulated an economic philosophy that relied heavily upon immigrant labor. In his earliest speeches, Lincoln saw immigrants as farmers, merchants, and builders who would contribute mightily to the nation's economic future. There seems to have been no significant pressure for a public role in immigration until, in his Annual Message to Congress on December 8, 1863, Lincoln called for government assistance:

"I again submit to your consideration the expediency of establishing a system for the encouragement of immigration. . . . While the demand for labor is thus increased here, tens of thousands of persons, destitute of remunerative occupation, are thronging our foreign consulates and offering to emigrate to the United States if essential, but very cheap assistance, can be afforded them. It is very easy to see that under the sharp discipline of the Civil War, the nation is beginning a new life. This noble effort demands the aid and ought to receive the attention of the Government."

This section prompted Congress into action. A bill to encourage and protect foreign immigrants and to make more effective the Homestead Act, which had become law on May 20, 1862, was presented in the Senate. Elihu Washburne (R-Ill.) chaired a House committee that took it up. Less than a month after Lincoln's message, a joint bill was introduced to establish a formal Bureau of Immigration.

A bill was passed on March 2, 1864, providing for a Commissioner of Immigration under the State Department, who was to encourage immigration by circulating information in Europe. An office was to be established under a Superintendent at New York, who would protect immigrants from frauds, make contracts with railroad companies for the tickets to be paid for by immigrants, and facilitate travel to their destination or the place where their labor would be most productive. He was also to see that the Passenger Act of 1855 was enforced for the well-being of travelers to America. The appropriation for all this was $50,000.

By April Washburne reported from a House special committee: “Never before in our history has there existed so unprecedented a demand for labor,” he asserted, “[D]emand for laborers on our railroads alone will give employment for the entire immigration of forced laborers in 1864."

The bill did not try to establish any independent bureau, just a Commissioner of Immigration to be under the direction of the Department of State. It further provided that emigrants would make contracts to pledge their wages to repay their transportation expenses. The Treasury was empowered to reduce tonnage duties on vessels bringing in immigrants.

Symbolically and appropriately, the bill became law with Lincoln's signature on July 4, 1864. The Act, in 8 sections, authorized the President, by and with the consent of the Senate, to appoint a Commissioner of Immigration for a term of 4 years at $2,500/year; and a subordinate Superintendent in New York at $2,000/year. Section 2 provided that emigrants pledge their wages for no more than 12 months to cover their transportation here, but barred "any contract contravening the Constitution of the United States, or creating in any way the relation of slavery or servitude."

Section 3 exempted all immigrants arriving after the passage of the act from compulsory military service unless the immigrant voluntarily renounced under oath his allegiances to the country of his birth, and declared his intention of becoming a citizen of the United States. Section 5 disqualified any person either directly or indirectly involved in any corporation having land for sale to immigrants.

This Act to Encourage Immigration undoubtedly had received backing from employers of labor because their interests dictated such support. President Lincoln's message on this subject seems to have begun a wave of support for federal action and other plans to encourage immigration lasting well into the next decades.

So strong was feeling on this matter that the 1864 platform of the Republican Party (running as the Union Party) noted, "That foreign immigration, which in the past has added so much to the wealth, development of resources, and increase of nations, should be fostered and encouraged by a liberal and just policy."

While the Act of 1864 did not establish an independent Bureau, the State Department under Secretary William Seward used its own discretion and created a Bureau of Immigration. The Bureau, among other things, worked to increase immigration, restricted certain contract-labor companies while cooperating with others, contracted with railroads to sell tickets, encouraged states to pass supportive laws, and published large numbers of pamphlets in English, German, and French.

The Bureau's difficulties in enforcing the passenger laws, the dissatisfaction with the private companies encountered over contract provisions and frauds upon immigrants resulted in strenuous efforts to amend the Act to Encourage Immigration. Lincoln himself, in his Annual Message to Congress on December 6, 1864, stated, "The act passed at the last session for the encouragement of immigration has, so far, as was possible, been put in operation. It seems to need Amendment, which will enable the officers of the government to prevent the practice of frauds against the immigrants while on their way and on their arrival in the port, so as to secure them here a free choice of vocations and places of settlement."

After his assassination, Lincoln's law met further obstacles. While the Senate on January 23, 1865, had amended the 1864 Act as well as the Passenger Act of 1855 as Lincoln hoped, no action was taken during that 38th Congress. But in the first session of the 39th Congress, after Lincoln's death, a shocker occurred. With hundreds of thousands of soldiers returning home in mid-1865, and with William Seward convalescing from his wounds from a would-be assassin, frustration and political pressure were apparent when a Senate committee surprised everyone by reporting "That the Act entitled An Act to Encourage Immigration, approved July 4, 1864, be and is hereby, repealed." This marked the death of the movement in Congress to amend the Act of 1864, the only act the federal government ever passed to encourage immigration.

Lincoln's plan for the country to welcome and embrace immigrants was technically repealed by a section of the Diplomatic and Consular Bill in 1868. Although two bills in 1868 purported to establish immigrant societies abroad, and several states later petitioned Congress to encourage immigration, no other action was ever taken by Congress to do so.

The repeal of Abraham Lincoln's Act to Encourage Immigration could not, however, remove the effect it had upon immigration. Its important influence and aid to the states, the circulation of its recruiting materials abroad, the publicizing of the attractiveness of America for the immigrant, and the stimulus it gave to private enterprise foretold the massive flow of immigration to the U.S. in the following decades. The secondary effects of the act, such as the popularization abroad of another of Lincoln's landmark laws, the Homestead Act, encouraged thousands of immigrants to settle as farmers in the Midwest and West.

Though he did not live to see the completion of his dream, Lincoln deserves credit for initiating a plan that personified Emma Lazarus's words long before they were memorialized on the Statue of Liberty. For in so doing, the Great Emancipator was also the Great Egalitarian, who believed that the Declaration of Independence and the Constitution applied to all, regardless of their ethnicity or country of origin. Lincoln's America would eventually become what he had envisioned: a kind of mosaic of all peoples who sought to find a new life within its bountiful borders.