Can Our Social Institutions Catch Up With Advances in Science and Technology? 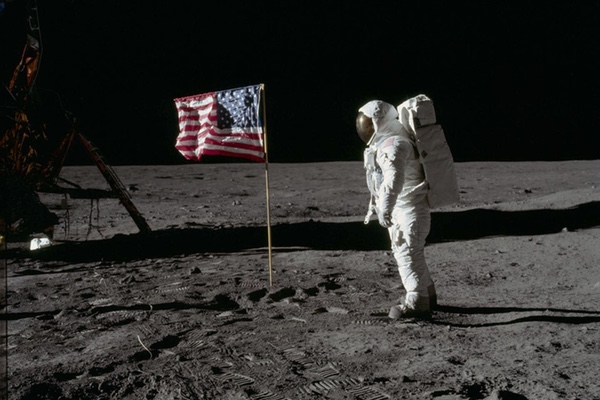 H.G. Wells, one of the most prolific and prominent novelists of the late nineteenth and early twentieth centuries, consistently warned his contemporaries that social institutions were not evolving fast enough to cope with rapid changes in science and technology.

Since Wells’s death in 1946, the scientific and technological advances have certainly been enormous. Thanks to breakthroughs in international communications, millions of people around the world routinely conduct live, visual conversations with one another. In medicine, replacing damaged hips, knees, and other parts of the human body has become commonplace. In biology, scientists have mapped the human genome and are well on their way to understanding the structure of the brain. When it comes to transportation, it is relatively easy to jet around the globe, while spacecraft are now able to blast off to distant planets. Computers have become omnipresent, and have dramatically improved the acquisition of knowledge, the storage of information, and the speed of communication.

And yet there is a glaring discrepancy between these kinds of advances and the social institutions that can ensure that they are used for the benefit of humanity. Despite very substantial progress in modern medicine, vast numbers of people receive no medical treatment or, at best, inferior medical care. Television’s marvelous ability to transmit knowledge, culture, and understanding around the world is employed primarily to distribute mindless, coarse entertainment and peddle commercial products. The ravages of climate change are ignored by many governments; instead, corporate plans roll forward to further destroy the environment through additional extraction and use of fossil fuel. Stimulating consumer demand through the latest advertising techniques, corporations also churn out a vast number of quickly-discarded gadgets whose manufacture fills the air, the water, and the soil with dangerous contaminants. Meanwhile, drawing upon the science of robotics, business enterprises are beginning the displacement of millions of workers, condemning them to unemployment. For their part, governments press into service the latest scientific and technological knowledge to spy on the general public, as well as to produce new nuclear weapons, drones, and other high tech means of destroying millions of lives in war.

“Modern man,” mused Martin Luther King, Jr., “suffers from a kind of poverty of the spirit, which stands in glaring contrast to his scientific and technological abundance.” People have “learned to fly in the air like birds,” but “we haven’t learned to walk the Earth as brothers and sisters.”

Although King attributed this social backwardness to spiritual failure, alternative explanations for it have been advanced. Leftists and other social critics have blamed greed, especially capitalist greed, for the stunting of social impulses and institutions. Educators have emphasized the problems of ignorance and superstition. Still other observers have pointed to varieties of tribalism (based on religion, race, region, or nation) and to the persistence of stone-age brains. All of these factors have probably contributed to undermining the development of social institutions that might see to it that scientific and technological advances promote the general welfare.

Of course, this is not the whole story. There have been significant efforts to foster more rapid social progress, as illustrated by social movements working for greater social and economic equality, civil liberties, environmental sustainability, and world peace. Also, on occasion, some governments have followed their lead. In numerous countries, governments have acted to strengthen women’s rights, labor rights, and civil liberties, provide healthcare for all, pass anti-discrimination laws, establish environmental regulations, and restrain militarism. On the international level, too, more advanced social institutions have arisen, including the United Nations, the World Health Organization, and the UN Refugee Agency. Most nations of the world community have also signed treaties upholding human rights, limiting environmental degradation, and outlawing particularly destructive weapons.

Even so, there is little doubt that scientific and technological change has been outstripping the ability of social institutions to cope with it, often―as in the cases of climate change and the nuclear arms race―resulting in extremely perilous situations. The real question is whether people and nations can muster the political will to reshape their behavior and social institutions to meet the challenges of today and tomorrow.