Kathryn Smith is the author of The Gatekeeper: Missy LeHand, FDR and the Untold Story of the Partnership that Defined a Presidency” (Touchstone). 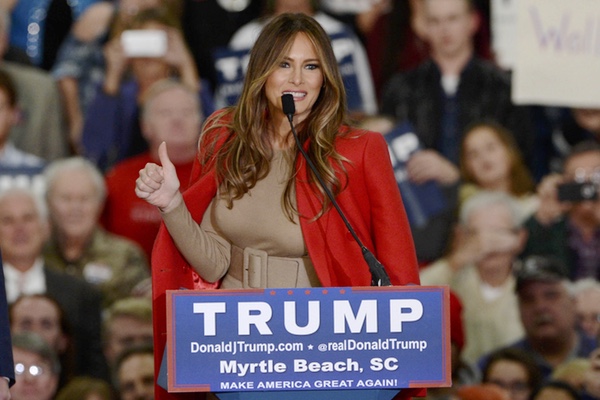 Melania Trump isn’t the first reluctant first lady in American history, though it has been quite a while since there was one who was so absent from the White House. 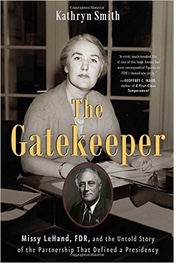 The explanation given by the president for her continued residence in New York is that she does not want to withdraw their son, Barron, from his school before the term ends. (Mrs. Trump seldom speaks for herself, possibly as a result of the uproar of her Republican National Convention speech when she appeared to have plagiarized the words of Michelle Obama.)

So far, her appearances as first lady have been quite limited. She attended the January 20 inauguration—looking noticeably glum when her husband wasn’t watching but the cameras were—and accompanied the Japanese prime minister Shinzo Abe and his wife Akie for a weekend to the Trumps’ winter home in Florida in early February. However, she was noticeably absent during the first part of the Abes’ state visit to Washington, when Mrs. Abe was conducted around the city by staff and handlers. Traditionally, that is a duty done by the first lady, one that attracts many photo opportunities as they visit schools or admire Washington’s cherry trees.

Mrs. Trump’s silence and absence have generated a digital movement—#FreeMelania—suggesting that she is some kind of political prisoner. Acerbic New York Times columnist Maureen Dowd wrote in a recent column that Melania should be freed—“from our expectations” of what a first lady should be. But she couldn’t resist a jab: “While Melania is playing Rapunzel in her Fifth Avenue tower, Steve Bannon is reveling in his role as the troll under the bridge,” she wrote. “Beauty and the Beast.”

The idea that the portly president could climb up Melania’s hair, no matter how firmly the extensions are anchored, beggars the imagination.

So what do we know of other first ladies who were less than thrilled with their husbands’ ascendancy to the highest office in the land?

They include Rachel Jackson, wife of Andrew (and Trump’s particular hero), who died before her husband could take office. She was buried in the gown she had planned to wear to the inauguration. John Quincy Adams’s wife Louisa, the only other foreign-born first lady prior to Melania (she was a native of England, though her father was American), entered the White House in poor health and suffered from depression. Margaret Taylor, frail wife of Zachary, shuffled off all her hostessing duties onto her youngest daughter, and after her husband died in office, she refused to even speak of the White House.

The most tragic of the unhappy first ladies was Jane Appleton Pierce, who saw her last surviving child, a boy, killed before her eyes in a train accident on the way to Washington. The inaugural ball was cancelled and Mrs. Pierce kept a very limited social schedule throughout her husband’s undistinguished administration.

In the twentieth century, the presidential ambitions of Warren G. Harding, Franklin Delano Roosevelt, Harry Truman and Richard Nixon were not shared by spouses Florence, Eleanor, Bess and Pat.

That Eleanor Roosevelt—often touted as the first “modern” first lady and a role model for those who followed—should have been unhappy about her role comes as a surprise to many people, even though her close friend (and possible lover) Lorena Hickok titled the book she wrote about her, “Reluctant First Lady.” ER’s despondency about her national role was an amplified version of her reaction when Franklin won the governorship of New York in 1928. A popular speaker, writer and the co-owner of a girls’ school in New York, she hated being chained to the executive mansion and refused to give up her own causes and interests.

In both Albany and Washington, ER managed to maintain a separate life with the help of surrogate hostesses. Her primary back-up was her husband’s private secretary, Marguerite “Missy” LeHand, who ably presided over tea and dinner tables, charming guests “with her gracious manner,” one admirer said, and managed other details of the running of the household. Eleanor was gone from the White House so often that her Secret Service name was “Rover.” In the summer of 1934, she left Washington on July 1 and didn’t return for 87 days. Often during her absences she was on inspection tours on behalf of her husband, but just as often she was visiting her children, spending time with friends or pursuing her many causes and interests.

Just as Mrs. Abe might have felt a bit slighted to be shuttled around Washington by staff, LeHand’s presence when the first lady was expected sometimes rubbed White House guests the wrong way. Fiery United Mine Workers President John L. Lewis never forgave FDR when he was invited to bring his wife to the White House for tea with the president and first lady in 1939. When they arrived, they discovered Eleanor was in New York and Missy was presiding. It added another twist of lemon to their souring relationship, and Lewis endorsed Wendell Wilkie for president in 1940.

Eleanor Roosevelt’s high profile enabled her to do something that has been frowned upon for first ladies ever since: use her prominence to make money. She was paid for speeches, books and her syndicated newspaper column, “My Day.” In fact, at one point she earned more than her husband, though she gave most of her earnings to charity.

Melania Trump has signaled her intention to use her time in the spotlight to build her “brand.” In a lawsuit filed against a paper that suggested she might have worked as an elite escort, Mrs. Trump’s lawyers said she had “the unique once-in-a-lifetime opportunity…to launch a broad-based commercial brand in multiple product categories, each of which could have garnered multi-million dollar business relationships for a multi-year term during which Plaintiff is one of the most photographed women in the world.”

The avaricious nature of the claim was jolting to even the most jaded Trump watchers. But Mrs. Trump will have to come down from her tower more often if she hopes to attract those photographers and build her brand.