The Dangerous Myth of “Political Correctness”

Joan E. Cashin is a professor at Ohio State University. A version of this article originally appeared in the Cleveland Plain Dealer. 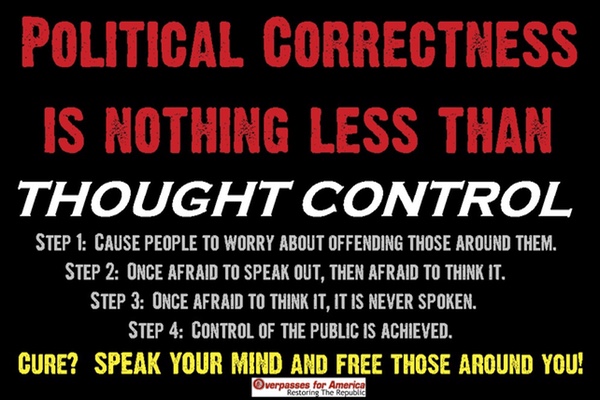 The phrase “political correctness” seems to revive during every Presidential campaign, although it never really went away. The slogan dates from the 1930s, when Communists in the western world disagreed over Stalin’s non-aggression pact with Hitler; supporters and critics of Stalin’s policy all claimed to be “politically correct.” In the 1970s and 1980s, as I recall, academics used it sarcastically to mean “everyone who agrees with me.”

Then New York magazine gave it new life in 1991 when it reported a dispute at Harvard University between Professor Stephan Thernstrom and some undergraduates in his class. Thernstrom, a specialist in American history, was a high-profile conservative, and he made comments about race that some students objected to—that is all. The story was filled with inaccuracies, but it served its purpose. The national press blew it up into a national trend, and conservatives portrayed “political correctness” as a frightening trend, in which spoiled, demanding minorities persecuted well-meaning academics. The original target was a white man, but soon conservatives began to assume that all faculty are under attack.

This has not in fact been true for professors in most universities. When the story broke, my colleagues across the country asked each other in bewilderment, is this happening where you teach? Has this ever happened to you? No, to both questions, every time. The work of teaching is more important, and more dignified, than some critics understand; it is not political in the way that they assume. The university exists so knowledge can be created and passed on to the next generation, and an atmosphere of civility must be maintained so that learning can take place. Civility does not preclude spirited debate or vigorous discussion; that was true long before the 1990s. At the absolute minimum, that means no screaming, name-calling, or insults based on race, ethnicity, or gender.

Teaching is a serious responsibility, and most faculty take it seriously, as part of an ancient, honorable tradition. There is a timeless quality to it, as every professor knows. The faculty are not blown about by every political wind or every intellectual fad. Professors in every field undergo long years of apprenticeship, and they must master a large body of scholarship before they even join the faculty. People on the extreme left or extreme right usually quit graduate school because the complexities of human experience do not fit easily into their way of seeing the world.

When I teach an undergraduate course on the Civil War era, I am drawing on a vast literature created by hundreds of scholars over the years. In the space of one semester, I can cover only a fraction of that literature, so I have to choose carefully. I could teach an entire course on the Election of 1860, but I usually cover it in one lecture of an hour and twenty minutes—the candidates, the issues, the party platforms, the campaign, voter turnout. Most of my students have heard of the winner, Abraham Lincoln, but few of them recognize the names of the other candidates, Stephen Douglas, John Breckinridge, and John Bell, and many do not know the chief issue at stake, the expansion of slavery into the trans-Mississippi West. They need to know that, since the contest in 1860 is the most significant election of the nineteenth century; the country broke up in the aftermath. This straight-forward, factual political history is not “political” in the way that many critics believe, but part of the knowledge transmission that is essential to a functioning democracy.

The accusation of “political correctness” is now routinely hurled by people who have never taught at a university, and even worse, who do not accept the university’s purpose. In a supreme irony, the phrase substitutes for actual thinking, and it represents a failure of citizenship on the part of the accusers. Just as important, the accusation rejects the idea that everyone should be treated with civility in the classroom and outside of it. The phrase is indeed political, in the broadest possible sense. The claim of “political correctness” as it is now defined represents an assault on knowledge, on cognition, and on democracy itself.