Trump’s Lawyer Is Wrong. The President Is Violating the Emoluments Clause. 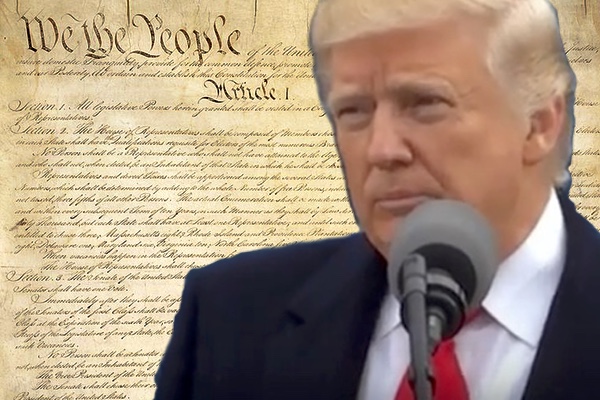 Citizens for Responsibility and Ethics in Washington (CREW), has recently filed a law suit claiming that President Donald Trump violates an emoluments clause in the Constitution when his hotels accept payments from foreign governments whose employees stay at Trump hotels. The President said the suit is “without merit.” Although he did not elaborate, Mr. Trump no doubt agrees with his attorney Sheri Dillon who recently stated, “The Constitution says ‘officials may not accept gifts, titles of nobility, or emoluments from foreign governments with respect to their office, and that no benefit should be derived by holding … office.’ … No one would have thought when the Constitution was written that paying your hotel bill was an emolument. Instead, it would have been thought of as a value-for-value exchange; not a gift, not a title, and not an emolument.” Ms. Dillon is wrong; a value-for-value exchange is precisely what “emolument” meant when the Constitution was drafted. It was the dictionary definition; it was the common usage of the word and the way it was used in government documents. The emoluments clauses (there are three), like the system of checks and balances, were designed to insure the integrity of government and to protect the interests of the American people from their leaders.

An emolument is defined in America’s first dictionary, the 1828 edition of Noah Webster’s, American Dictionary of the English Language as, “The profit arising from office or employment; that which is received as a compensation for services, or which is annexed to the possession of office, as salary, fees and perquisites.” The pertinent part of the definition describes an emolument as “that which is received as compensation for services.” That is a value-for-value exchange. When used by the Framers of the Constitution, emolument meant salary and any other remuneration associated with the execution of a particular task, or office. The term was often used to include all types of compensation, though sometimes the word was placed after “salary” to specifically include other income or perks such as allowances for food and lodging, or fees for certain services.

Alexander Hamilton used the word when putting his affairs in order on the eve of his duel with Aaron Burr. In a document now known as “Hamilton’s Explanation of his Financial Situation,” he wrote, “It has been for some time past pretty well ascertained to my mind, that the emoluments of my profession would prove equal to the maintenance of my family ….” As an attorney, the emoluments of Hamilton’s profession were the fees he charged his clients, classic value-for-value exchanges.

Similarly, when James Duane resigned as a Federal Judge in 1794 he wrote, “I … resign, relinquish, and surrender the said office of Judge of the New York district with all the powers, privileges, and emoluments, to the same appertaining.” Duane knew that emoluments included his salary and fees, both value-for-value exchanges. In 1798, during the Quasi-War, an undeclared naval war with France, George Washington, who had resumed command of American forces, used the word when writing Secretary of War James McHenry urging the latter to be cautious when recruiting soldiers for the newly expanded military. Washington wrote, “It is infinitely better to have a few good Men, than many indifferent ones, and Officers whose Recruiting emoluments depend upon numbers, will not be over scrupulous in their choice [of recruits].” Recruiters paid on a per capita basis for signing volunteers was another value for value exchange. The emoluments associated with providing recruits for the military, and the emoluments secured by Hamilton from his civil practice are indistinguishable in principle from the emoluments received for providing rooms for hotel guests.

The clause prohibiting the president from accepting remuneration from foreign nations is the second emoluments clause. The first forbids Senators or Representatives from being “appointed to any civil Office under the Authority of the United States, which shall have been created, or the Emoluments whereof shall have been increased” while the Senator or Representative served in Congress. The so-called “Saxbe Fix” is the work-around Congress has used to address this issue. When President Richard Nixon appointed Senator William Saxbe to the position of Attorney General, Mr. Saxbe had to accept $25,000 less than his predecessor in that office because Mr. Saxbe had been a member of the Senate that voted to raise the salary of the Attorney General by that amount. A version of this was applied to Hillary Clinton, when she became Secretary of State, and to others as well.

The third emoluments clause, prohibits the states from providing emoluments to the President. That paragraph reads: “The President shall … not receive … any other Emolument [besides his Federal income] from the United States, or any of them.” This prohibits Mr. Trump from accepting any payments from the states including, for example, employee stays at his hotels. In Federalist # 73 Hamilton wrote immediately after quoting the final word of this clause, “It is impossible to imagine any provision which would have been more eligible than this. … Neither the Union, nor any of its members, will be at liberty to give, nor will he [the president] be at liberty to receive, any other emolument than that which may have been determined by the first [presidential salary] act.”

The inclusion of three distinct emolument clauses reveals the seriousness with which the authors of the Constitution regarded this matter. Some have argued that CREW may lack the legal standing to advance its suit. If that proves to be the case, it seems the states would have that standing. In any event, when nominating Supreme Court Justices, Mr. Trump may do well to avoid “originalists” like Justice Antonin Scalia, who famously asserted, “The Constitution … is … enduring. It means today … what it meant when it was adopted.”